The GPU market's third player is almost ready to game

Intel's preparing to enter the discrete GPU market in early 2022, hoping to compete with both AMD and Nvidia within the gaming space while also targeting creator workloads with their Xe-HPG products.

Thanks to Moore's Law is Dead, images of Intel's early reference Arc Alchemist graphics cards have been made available online. This is pre-production hardware so expect Intel's designs to change before we see them officially next year.

Below (and above), we have Intel's DG2-512EU graphics card, which is presumably the company's ARC Alchemist flagship graphics card model. This model features a dual-fan heatsink design and is powered using an 8-pin and a 6-pin PCIe power connector. This graphics card can consume a maximum of 225 watts of power between these two connectors, with up to 75 additional watts coming from the GPU's PCIe connector. This makes Intel's Xe-HPG flagship a sub-300W graphics card.

Intel's 512 EU Xe-HPG graphics card will reportedly feature 4096 FP32 shading units and 16GB of GDDR6 memory over a 256-bit memory bus. Recent rumours have suggested that this graphics card will compete with Nvidia's Geforce RTX 3070 and AMD's Radeon RX 6700 XT. That said, other reports have claimed that Intel is targeting higher-end GPU models from AMD and Nvidia. 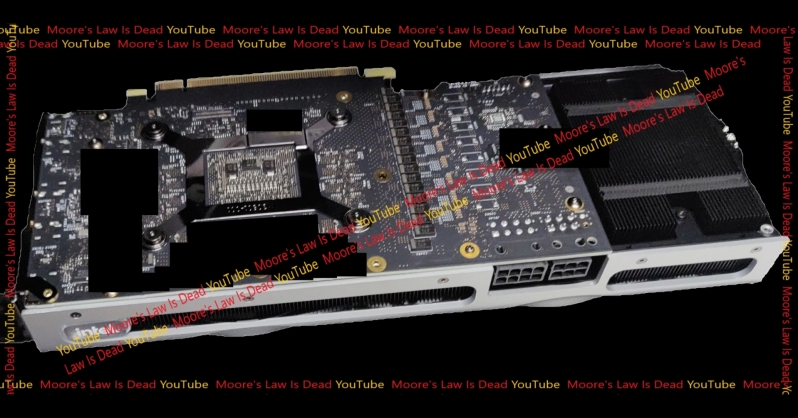 Below, we have renders of Intel's Arc Alchemist DG2-128EU graphics card, a model that should feature 1024 FP32 shading units and up to 8GB of GDDR6 memory on a 128-bit memory bus.

This graphics card will presumably have a 75-watt TDP, placing this graphics card within the low-end GPU market. Both Nvidia and AMD have failed to update this segment of the GPU market with their latest Ampere and RDNA 2 GPU architectures. This means that Intel will need to compete with last-generation RDNA 1 and Turing GPU offerings, which is great news for Intel.

Intel's lower-end Arc series graphics cards will be best utilised within the mobile GPU market, acting as a powerful discrete graphics solution for compact gaming laptops. That said, this graphics card should also see a lot of use within desktop PC platforms, especially within the OEM PC market. 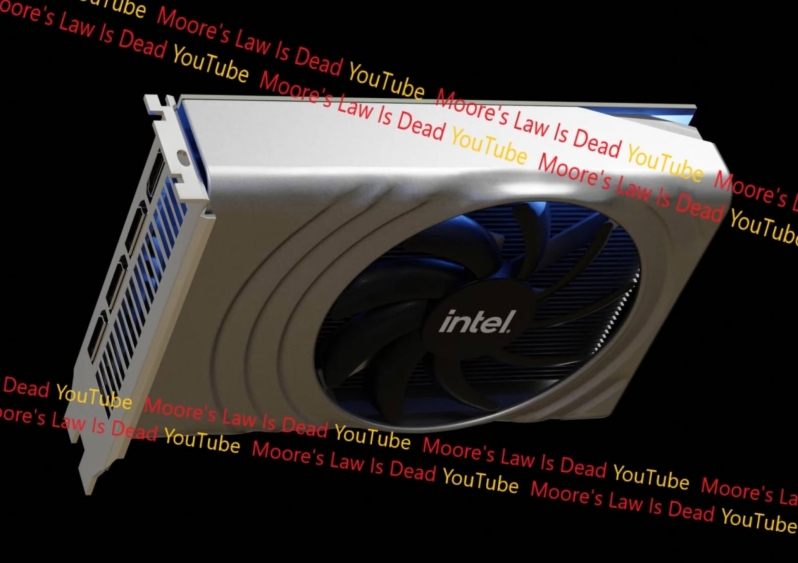 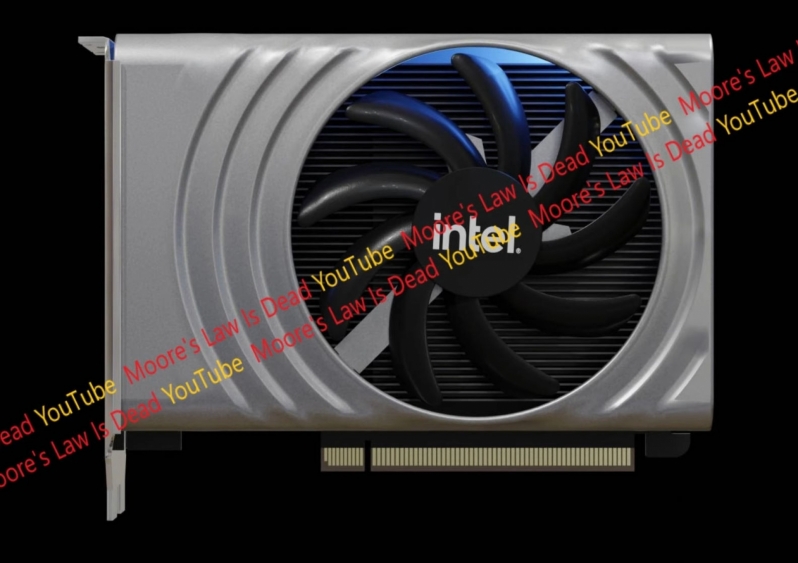 Intel's due to launch their Arc Alchemist series GPUs in Q1 2022, with an official reveal being likely at CES 2022. This launch will add a third player to the discrete GPU market, adding more supply to today's supply-constrained market while acting as a force that will compel AMD and Nvidia to work harder to maintain their current market share.

You can join the discussion on Intel's Arc Alchemist graphics cards on the OC3D Forums.

Gothmoth
could not be released fast enough.


since sandy bridge intel was milking user for 5% more performance per CPU generation because there was no competition.


now nvidia and to some degree AMD milking the GPU market.
yes shortages, miners and co. increase GPU prizes... i know the arguments and they are partly true..... but nvidia did anti consumer crap before c-19.


i hope the greedy f***s at nvidia have their own "intel surprised by ryzen moment" soon.
well hope dies last....Quote

Dicehunter
Quote:
If the leaks are true then Intel with their best silicon will be competing against Nvidia's 3070 and AMD's 6700X so not really a Ryzen moment but if they can come in at decent pricing they'll shake things up for sure.Quote

meuvoy
Quote:
Well let's face it, yes it could well be a Ryzen moment, AMD didn't just beat Intel out of the gate with Ryzen, and even after 2nd gen Intel still held the gaming, stability, compatibility and single core crown for a while. So yeah, facing the 3070 as equal would make for a zen moment as long as Intel could keep up with ever higher performance increases each Gen.

BUT and this is a big BUT. No! They won't come with what you call "decent" price. Just as intel's shiny new CPUs don't seem to be coming at lower prices I wouldn't expect their GPUs to get lower prices either. This is not how Intel operates, would be more likely they postpone the launch untill they can bring a stronger architecture to the market. I don't think they're doing that but I expect their GPUs to be similarly priced to their NVIDIA/AMD equivalents, maybe 5-10% cheaper just because Intel is not known for GPUs yet.Quote

NeverBackDown
It's impressive for a first run at a fully fledged GPU and it's Intel's deep architecture expertise flexing here. People knock on Intel now but they still have some of the best engineers in the world.

Intel's biggest hurdle will be software and driver support. They already got the performance down, it's up to their software engineers to pull it all together not just for end users but for game developers too.Quote

dazbobaby
Quote:
But that's exactly how Ryzen started to bulldoze

Intel CPU's. One or two great early CPU's, then a sudden influx of excellent units a year later, leaving intel licking their wounds.


Personally I can't wait to see what intel do have to offer, but to shake up the market they don't need top end unobtainium, just really good high, mid and low end GPU's. If Intel to this segment right, then there will be a titanic shift in prices.


We all know that Nvidia have had sky-rocketing profits for years now, and it's all because there was no real option but their GPU's which are vastly overpriced, leaving us no choice but to pay it.Quote
Reply