Intel has killed off single-socket and dual-socket Cooper Lake

Intel's Cooper Lake series processors were due to release in 2019, and interim series of CPUs which will act as a stopgap between Cascade Lake and Ice Lake. Furthermore, these processors would offer a "next-gen Intel DLBoost" feature, offering BFLOAT16 acceleration to users.

Well, now it's 2020 and Cooper Lake is nowhere to be found, and some reports have claimed that Intel has practically killed off the series, which is somewhat true.

Cooper Lake is still due to release in the first half of 2020, delivering 56 cores per socket and BFLOAT16 (AVX512_BF16) acceleration, but its release will not be as widespread as first expected. Intel claims that they have decided to "to narrow the delivery of our Cooper Lake products that best meets our market demand", but the reality is that Cooper Lake will only be useful for a minority of Intel's customers.

When speaking to Serve The Home, Intel released the following information;

Given this information, we now know that Intel's Cooper Lake series of processors will be limited to quad-socket and eight-socket servers, removing Cooper Lake from Intel's lower-end server offerings. Intel's "Cedar Island platform" does not extend down to dual-socket and single-socket systems, severely limiting Cooper Lake's potential userbase.

Most servers utilise single-socket or dual-socket processors, making Cooper Lake useless for a large portion of the CPU market. That said, Cooper Lake is focusing on an area where Intel is dominant, as AMD doesn't currently offer support for more than two sockets with its EPYC series processors. Support for BFLOAT16 instructions will also prove popular for specific customers.

Another factor that's worth considering is that Intel's Ice Lake Xeons are due to release in late 2020, a factor which gives Cooper Lake little time to be adopted by Intel's customers, especially when Ice Lake-powered Xeons are on the horizon. 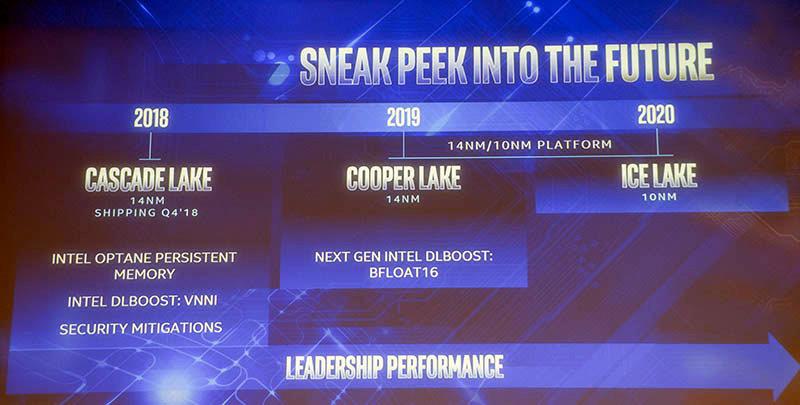 (Image via Serve The Home)

So is Cooper Lake dead? No, but Cooper Lake will a much smaller part of Intel's CPU lineup than first anticipated. While this isn't the end of the world for Intel, this does act as yet another example of where the company hasn't met its release targets or platform commitments. This has no doubt made Intel appear unreliable to OEMs/ODMs.

Intel now needs its Ice Lake Xeons to release on time, and with their late 2020 release target, the company will need to compete with AMD's Zen 3 architecture, not just today's Zen 2 silicon. This will place Intel in an uncomfortable situation, unless Ice Lake turns out to deliver incredible performance and efficiency gains.

You can join the discussion and Intel's Cooper Lake lack of single-socket and dual-socket support on the OC3D Forums.