Intel's fastest processor is shipping this quarter, the new i9-12900KS

Intel already has an answer to AMD's Ryzen 7 5800X3D, and its shipping this quarter

At their CES 2022 keynote, Intel revealed their i9-12900KS processor, a special edition i9-12900K model that delivers users higher clock speeds across a variety of workloads.

Intel demoed this chip running Hitman 3, showcasing P-Core CPU clock speeds of 5.2 GHz and E-core clock speeds of 4.0 GHz. These clock speeds are higher than what is possible with a stock i9-12900K, highlighting the benefits of Intel's enhanced Alder Lake processor. That said, it remains to be seen how readily available this limited edition SKU will be.

During their keynote, Intel did not reveal the power requirements or cooling requirements of their new KS series processor. Beyond that, Intel's statement that these processors will only ship to OEM customers leaves us with many questions. Will this CPU be available to regular consumers, or will they be limited to OEM systems that meet high power and cooling requirements? Additionally, will these CPUs ever be sent to reviewers or analysts?

Right now, Intel's i9-12900K appears to be Intel's answer to AMD's Ryzen 7 5800X3D, giving Intel enough of a boost to claim that they have the "fastest gaming CPU". Intel has known that AMD planned to release V-Cache enhanced Ryzen 5000 series processors since Computex 2021, giving Intel a lot of time to plan their response to AMD's V-Cache technology. 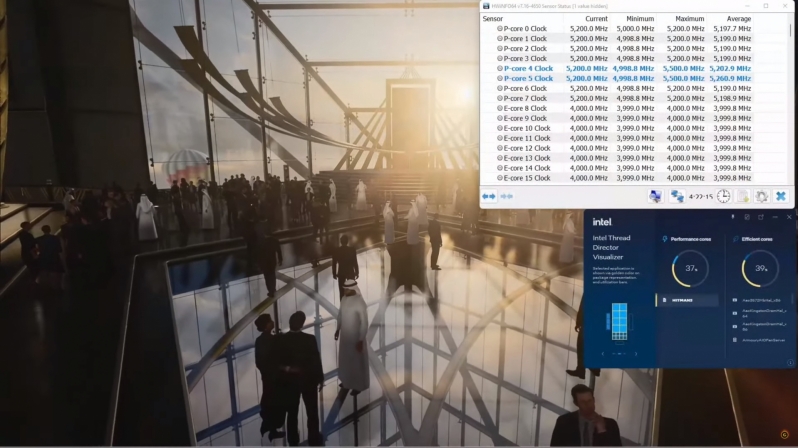 We suspect that Intel's i9-12900KS processor will be available in limited quantities and with a significant price premium. It seems probable that this will be a limited edition CPU for premium OEM system. In our eyes, Intel has created this CPU to make headlines and to build a CPU that can edge past AMD in a few more benchmarks. If this CPU was readily manufacturable, it would be the i9-12900K. If Intel could build this in mass production quantities, it would not be a special edition post-launch SKU.

You can join the discussion on Intel's i9-12900KS processor on the OC3D Forums.