Intel's i7-13700K has been spotted on Geekbench

Yesterday, Intel's i5-13600K appeared on Geekbench, showcasing the CPU's increased core count and clock speeds over its 12th generation Alder Lake predecessor. Today, thanks to @BenchLeaks, we have now seen results for an i7-13700K.

Effectively, Intel's i7-13700K is equivalent to an i9-12900K in terms of core count and thread count, offering additional enhancements in the form of larger L2 cache sizes and other "Raptor Lake" generational enhancements. According to Geekbench, the CPU hit a maximum core clock speed of 5.381 GHz, which is significantly higher than the max clock speeds offered by the i7-12700K, which explains why this leaked i7-13700K benchmark result has notably higher single-threaded results. 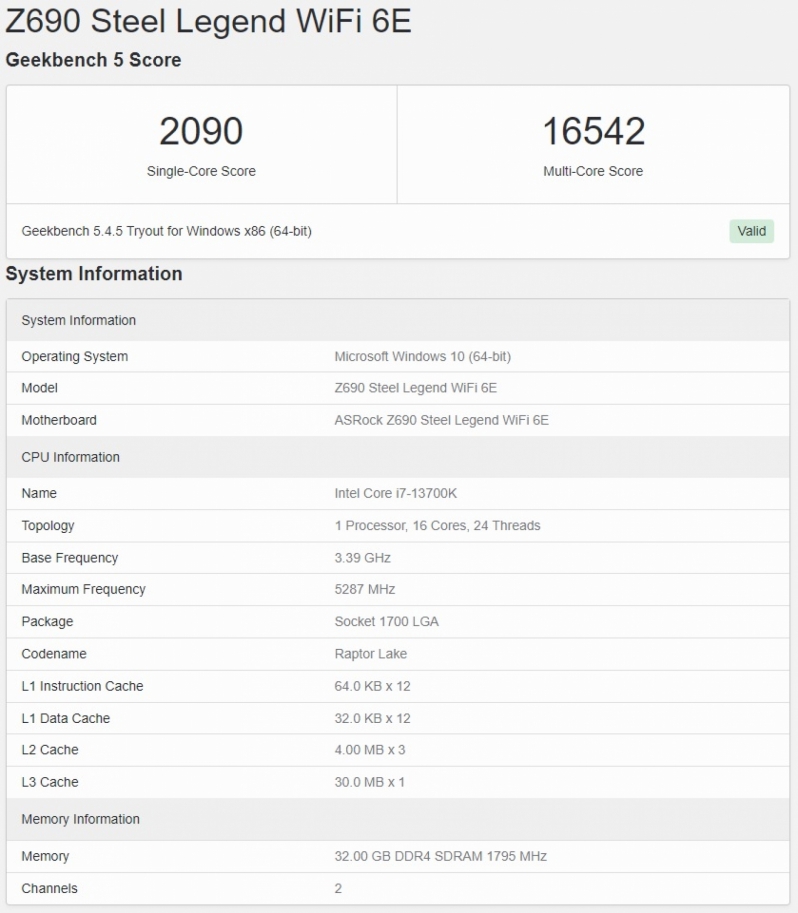 While Intel's i7-13700K delivers impressive numbers in these leaked benchmarks, it is unknown how this new CPU model will compete with AMD's upcoming Ryzen 7000 series CPU models. AMD had not adopted the same hybrid x86 approach as Intel has, effectively making their designs an All-P-Core design. This could allow AMD to best Intel in terms of multi-threaded performance, even if Intel can win in terms of single-threaded performance.

With Intel's 13th generation processors, the company has also given purchasers more reasons to purchase their i9 model over their i7 model, as with this generation Intel's i9 model will feature eight additional E-cores. With Alder Lake, the upgrade to i9 only gave desktop users four additional E-cores. That's a big deal for some heavy users. That said, if you only care about single-threaded performance, Intel's additional E-cores will not give you many benefits (aside from some extra L3 cache).

You can join the discussion on Intel's i7-13700K processor appearing on Geekbench on the OC3D Forums.