I wonder what the power consumption is like on this chip

As soon as Coffee Lake released on desktop, it seemed almost inevitable that Intel would launch a mobile six-core CPU. Mobile variants of Intel's high-end consumer desktop hardware is nothing new, delivering lower clock speeds and configured to operate at a lower TDP.

The chip itself features six cores and twelve threads, with base clock speeds of 2.4GHz and a turbo boost clock of 3.6GHz. Strangely, this chi does not offer the full 12MB of L3 cache that included inside Intel's 8th generation desktop i7 products, instead of using just 9MB, making it more similar to the i5 8600K when looking at its cache hierarchy.

The TDP of this chip is said to be 45W, which is the same TDP as Intel's i7-7700HQ, which has four cores and eight threads and offer higher base/boost clock speeds of 2.8GHz and 3.8GHz respectively. 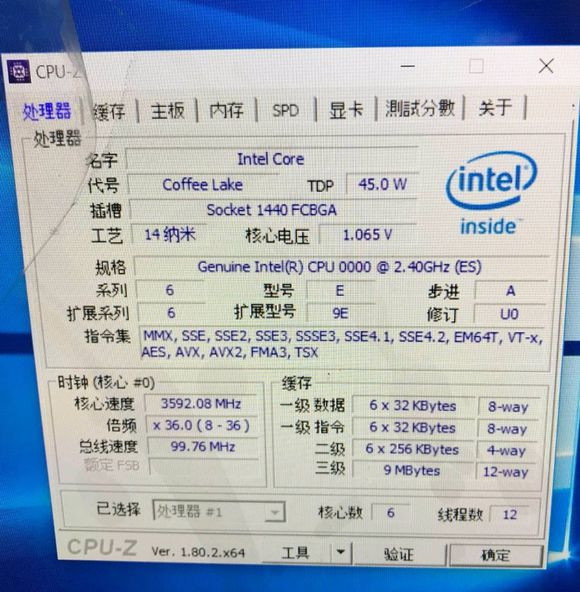 With Coffee Lake, the release of higher mobile core counts seems inevitable, with our guess at a release timeframe being sometime in the first half of 2018. The big question is when does Intel plan to release their next generation of mobile CPUs.

You can join the discussion on Intel's mobile six-core processor on the OC3D Forums.

dwatterworth
Very strange cache as noted, maybe the core count is more of a headliner/sales tactic? Seems like most applications that would make use of more cores would also do well with the additional (or even higher than previous) cache.Quote

grec
While 6-core mobile parts are inevitable, I feel like the issues with cache layout and the name(Why would a 6 core part have the classification HQ, the Q specifically designated it as a quad core?) are more likely oversites by someone fabricating the leak.Quote
Reply