DDR5 is here, but that doesn't mean that DDR4 is dead.

Alder Lake may have just launched, but that's not stopping analysts from discussing what comes next. Following Alder Lake will be Raptor Lake, Intel's 2nd Generation hybrid x86 CPU architecture, and it looks like Raptor Lake will support both DDR4 and DDR5 memory. 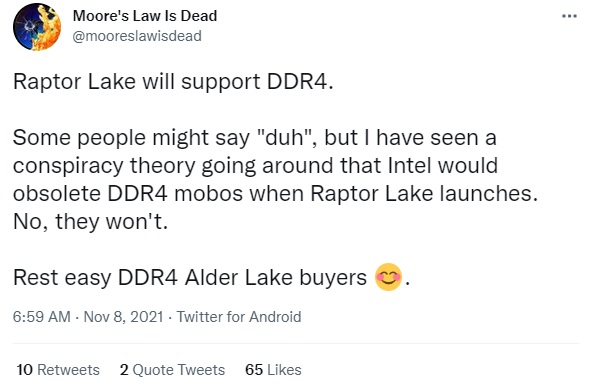 DDR4-based Raptor lake motherboards should be cheaper than their DDR5-based counterparts, and DDR4 memory should remain more affordable than DDR5. Both of those factors make DDR4 memory support desirable for budget-conscious PC builders and OEMs.

At this time, AMD has not confirmed whether or not their Zen 4 processors will support DDR4 memory. AMD's Zen 4 CPUs will be moving to a new CPU socket, and that CPU socket is known to support DDR5 memory. Whether or not AMD will use the same hybrid memory support model as Intel remains to be seen. Will AMD go all-in on DDR5, or will AMD support DDR4 and DDR5 on their Zen 4 Ryzen CPUs? We will just have to wait and see.

You can join the discussion on Raptor Lake's rumoured support for DDR4 memory on the OC3D Forums. 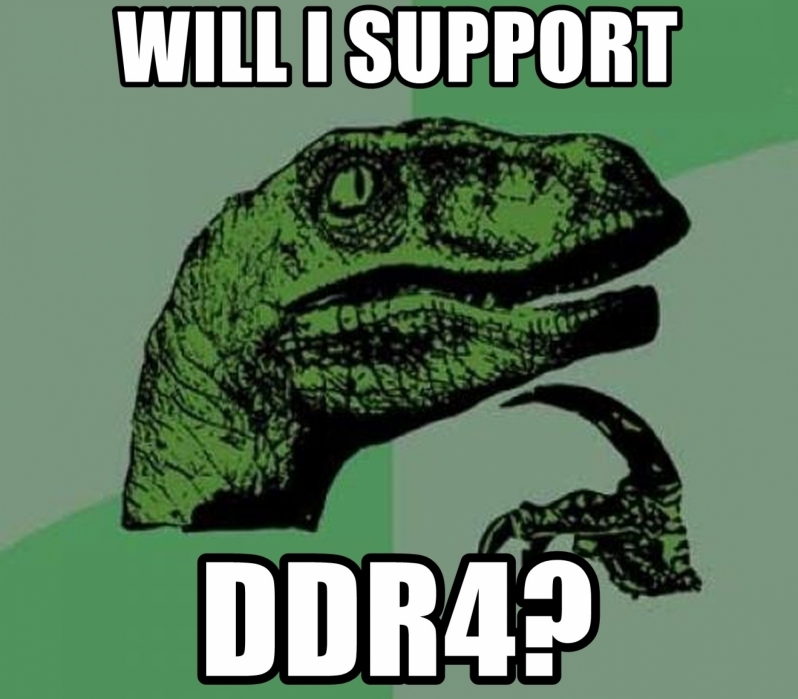 KingNosser
I'm not so sure amd will do the same really depends on what they intend, half the reason i feel i'll just get a 5950x cheap and swap mobo's out it'll be cheaper than going full zen 4 and tbh my 6800XT doesn't need more and by then prices will be far far lower, but never know they might start an all out war on price.Quote

NeverBackDown
Hopefully they will be a drop in replacement in current boards. AL is impressive for a first attempt at hybrid architecture, RL should prove to be quite a jump one would expect. I could see myself upgrading to it if AMD can't match them.Quote

AngryGoldfish
Quote:
Yeah, me too. As you said in another post, Intel still have some of the best engineers. And it's also quite clear that AMD feel no need to offer stellar budget options at this time. Intel could well want to cater to those that are happy with an efficient 6c CPU for as little money as possible. If they can keep the platform prices down, I'd definitely consider going back to Intel.Quote

Dawelio
Quote:
Quote:
At what point would you potentially make the switch then? Are you waiting for AMDs updated CPUs early next year to see what they are offering or are you thinking in the nearer future?...Quote

AngryGoldfish
Quote:
After I see the V-cache update for Zen 3, not if current Zen 3 prices are dropped in the next week or so. To be honest though, I say what I say with a huge caveat. My financial situation is dire right now. I won't be spending any unnecessary money on anything. I would love to build a new SFF system using a low TDP 6c CPU and a low TDP GPU like the 6600XT, but I just can't afford it. And I probably won't be able to for many months. But hypothetically, the newest iteration of Zen 3 is what I want to see compared to Alder Lake. If Alder Lake is still competitive, I'd consider switching back to Intel.Quote
Reply