If this is true, Raptor Lake will be an exciting launch for Intel

Earlier this year, Intel filed a patent for its 13th generation Raptor Lake series processors, highlighting a new voltage regulation technology that has the potential to increase the company's power efficiency massively.

Intel's Raptor Lake processors should include a Digital Linear Voltage Regulator (DLVR), a technology that was revealed through a patent application, as discussed by @Underfox3 on Twitter. This technology is said to decrease power consumption by 20-25% by reducing CPU voltage by as much as 160mV. Intel's full patent can be read here.

With this patented technology, Intel will not only be decreasing the power draw of their future processors. This technology can allow Intel to boost the performance of its processors, with the company stating in their patent that "This proposed power delivery architecture drastically increases the CPU performance at a small extra cost for the silicon".

With Raptor Lake, Intel will be able to increase the efficiency and performance of their processors without the need for next-generation transistor technologies. While Raptor Lake is not expected to deliver many major design changes over Alder Lake, DLVR could be enough to deliver Intel a generational boost in power efficiency on its own, giving Intel power to use elsewhere to boost CPU performance. 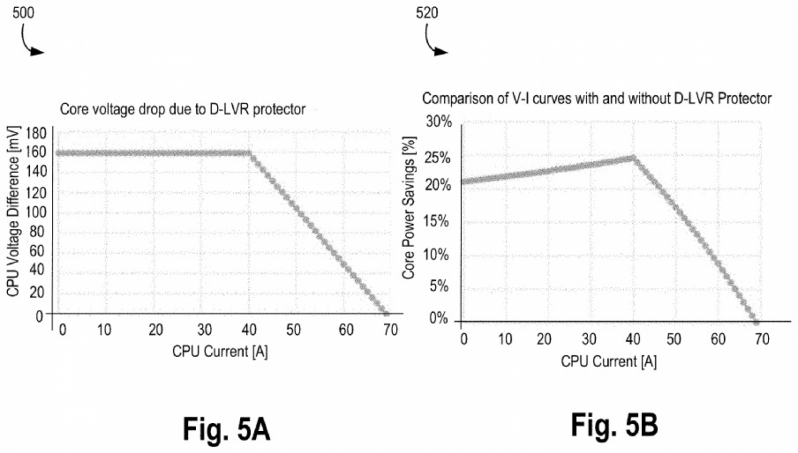 You can join the discussion on Intel's DLVR technology on the OC3D Forums.

AngryGoldfish
That's good to hear. Alder Lake is quite good, but they're a wee bit behind in efficiency. It wouldn't stop me from buying a 12600K or lower, but I'd reconsider a 12700K or 12900K if I were in that price bracket.Quote

Warchild
Quote:
From what I have seen, its not even worth overclocking these CPUs which im surprised at. I thought there would be more headroom but its like this first "Tick" is already at its limits. Is the 12th Gen Intels 10nm+++++ already?Quote

KingNosser
There isn't any overclocking on these unless you go LN2, i feel they hit a brick wall with clockspeed atm not that comparing clockspeed alone tells the whole story really.

Intel's PR would say that they are moving forward well, but my feeling is they have had to do everything just to catch up a bit, personally the big little design i'm really not a fan of sure the smaller cores are fine for background tasks ect but i'm a gamer i simply don't need them.

I know amd will go big little as well without doubt but i do hope that big big is also around still given the drm issues which sure will be fixed but as a gamer i do not need an extra 20fps in csgo ffs like who really cares about the old easy to run games outside of a pro player which is only playing it for the prize.

I think intel are on a better track but they have a lot more work ahead to really gain now in manufacturing otherwise TSMC is going to be getting a lot more work than they are even able to handle atm.

I'm hoping for some price drops all round to tempt me onto a new chip but given prices and demands it feels like i'll go 5800x with a x570S and be done for a few years until the whole thing needs upgrading again.

As much as i'd like Zen4 it's atm unclear just how expensive that would be but i should wait to find out even zen3v might be enough for a time my 6800XT only needs a CPU that can hand it work without the GPU saying give me more!Quote

looz
This is a bit too technical for me but isn't cache power consumption rather significant and this doesn't necessarily affect that?Quote

Deadtroopers
I'm getting the vibe that if you adjust everything down to get the best performance non-overclocked you can recover headroom on all but the 12900 skus. Whether it is enough to be worthwhile seems to depend on the silicon. Either way 12700 seems to be the performance sweetspot and 12900 just willy waving.

12Gen is better than I was expecting and might actually be worth a shot. :-)Quote
Reply