Is this a direct response to AMD's plan to launch enhanced Zen 3 processors?

Sources over at Videocardz have claimed that Intel's planning to launch a KS series 12th Gen Alder Lake processor, a speed-boosted variant of their i9-12900K that will offer users higher clock speeds and more gaming performance.

Intel's rumoured i9-12900KS processor is reportedly binned to offer all-core (P-Core) boost clock speeds of 5.2 GHz, which is around 300MHz higher than a standard i9-12900K processor. This processor appears to be a hard counter to AMD's planned Zen 3 V-Cache processors, CPUs that could give AMD a huge performance boost in gaming workloads.

If Intel does launch an i9-12900KS processor, it is a sign that Intel is not willing to give up any ground to AMD if they can avoid it. Intel needs performance wins, and if they can release an enhanced Alder Lake CPU to thrash AMD's new Ryzen CPUs, they will.

AMD has already promised 15% performance gains in CPU-limited gaming workloads on average with their V-Cache enhanced Ryzen processors. That should make AMD's latest offering very competitive with Intel's high-end Alder Lake processors, despite the fast that they won't use DDR5 memory or require a new motherboard platform. 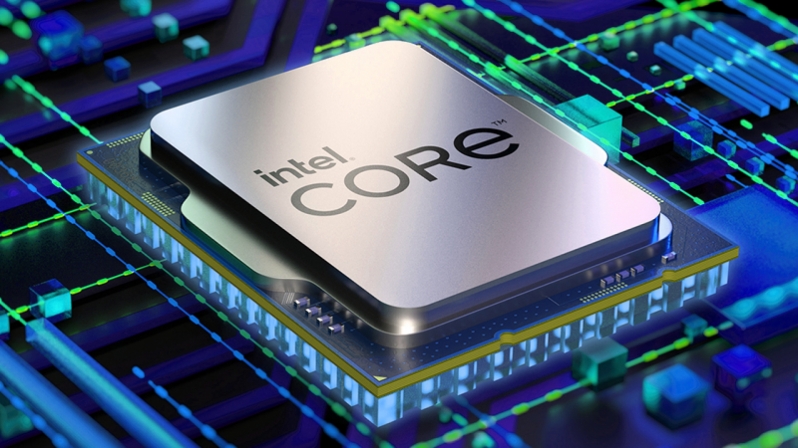 You can join the discussion on Intel's i9-12900KS processor on the OC3D Forums.

Bagpuss
If true, probably means they've been cherry picking the best 12900K's since launch, meaning current retail ones aren't the highest quality silicon they could be and the chances of landing a golden sample at retail is practically zero.


'Vanilla' 9900K's that hit the retail market after Q1 2019, tended to be hotter running & pulled more vlts to reach 5Ghz than the first batch.Quote

robert3892
Personally I feel that lack of DDR5 ram modules is going to bite Intel's sales. If you're going to release a pre-binned CPU it makes no sense to use DDR4 based Z690 motherboards.Quote

Gothmoth
all i know is that friends with 12900 alder lake CPU´s have cooling issues i have not...

lets hope intel is not brute forcing even more with these KS cpu´s.

Warchild
Quote:
Well I already know quite a number of users on this forum aiming for the 12th Z690 and sticking with DDR4 sticks so I don't see Intel sales affected whatsoever.

In todays markets, availability is king, second comes the price, and then thirdly is the performance.

Dicehunter
Quote:
As Warchild said, There's really not much in DDR5 compared to DDR4 when looking at gaming, Most but not all have single digit differences sometimes not even that, Usually 0-3FPS seems to be the average with todays DDR5 modules compared to DDR4, Although it can be useful in decompression in programs like 7zip.Quote
Reply