Intel's Rocket Lake-S Specifications Leak Through MSI Slide - i5, i7, and i9 Specs Confirmed

Intel's Rocket Lake-S Specifications Leak Through MSI Slide - i5, i7, and i9 Specs Confirmed

Thanks to MSI, via Videocardz, the specifications of Intel's Rocket Lake K-series i5, i7, and i9 series processors have leaked, revealing the clock speeds, TDP and official memory support.

With Rocket Lake, Intel's i9 and i7 series processors both will ship with eight cores and sixteen threads, making the difference between both models little more than a clock speed bump for the i9 model. Both processors will benefit from Intel's Cypress Cove CPU cores, giving both models a single-threaded performance advantage over their last-generation counterparts.

At this time, it is unknown how Intel will price their Rocket Lake processor lineup, especially for their high-end models. 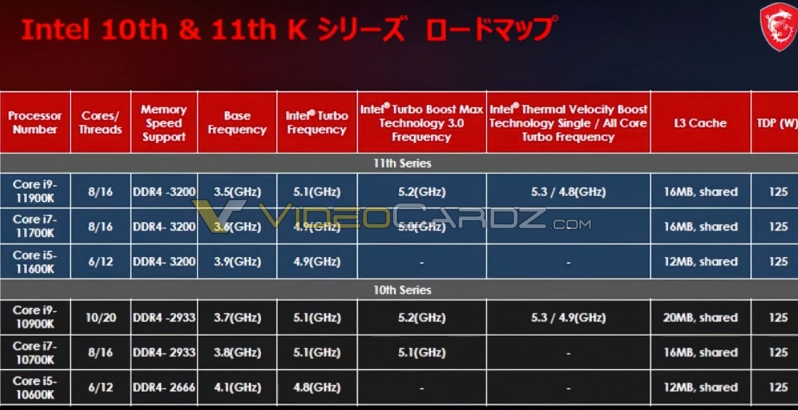 You can join the discussion on Intel's K-series Rocket Lake processors on the OC3D Forums. 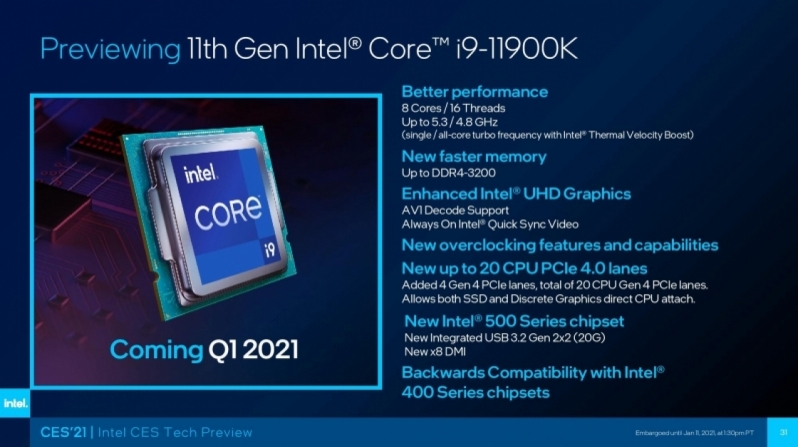