It looks like Intel has once again delayed Sapphire Rapids

Sapphire Rapids may be Intel's buggiest CPU to date

Intel's 4th Generation of Xeon Scalable processors, codenames Sapphire Rapids, has reportedly been delayed until February/March 2023, with Igor's Lab claiming that Intel's incoming Xeon design is amongst the buggiest that Intel has produced in its history.

Using a selection of NDA documents that they have managed to source, Igor's Lab has claimed that Intel's Sapphire Rapids processors have had a total of 12 steppings. Intel's NDA documents noted almost 500 bug entries, which means that Intel had a lot of issues to fix before Sapphire Rapids could move from initial silicon to launchable product.

Currently, it is unknown is E5 will be the last stepping for Sapphire Rapids.

Intel's Sapphire Rapids processors are now due to launch in the 6th to 9th week of 2023, which is between February 6th and March 3rd. Early shipments of select processors are due to ship in the 42nd and 45th weeks of this year to specific customers, coming in the form of dual-socked processors and 4-8-socket processors respectively.

Intel's Sapphire Rapids processors are launching so late that AMD is ready to move on from Zen 3. This places Intel at a clear competitive disadvantage within the enterprise CPU market, giving AMD a huge opportunity to gain market share. 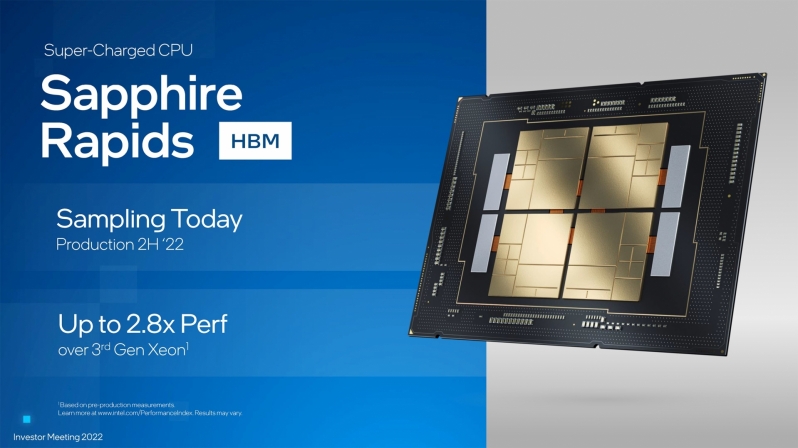 Today's news regarding Intel's Sapphire Rapids processors paint a bleak picture for Intel within the server market. Delays will have shaken the confidence that Intel's customers have in the company, and AMD's upcoming launch of Zen 4 processors will give Intel's customers some good reasons to consider moving from Xeon to EPYC.

You can join the discussion on Intel's delayed Sapphire Rapids processors on the OC3D Forums.