Intel's 12th Generation Alder Lake processors are due to launch later this year, launching as the company's first hybrid x86 GPU designs with two distinct CPU architectures that focus on performance and efficiency.

For Intel's Performance Cores and Efficiency cores to work seamlessly with modern OS', the company needs to deliver scheduling technology that can allow software to decide where their workloads should be placed. Having a hybrid CPU design is worthless if Intel cannot allocate workloads to their most appropriate CPU cores, and that's where Intel's Thread Director comes in.

Why mix high-performance and high-efficiency CPU cores? What's the benefit? The answer for this is twofold, power efficiency and peak throughput.

Hybrid CPU architectures with smart thread allocation can allow software to relegate non-critical tasks to efficient cores and keep a systems' performance cores ready to deliver performance where it matters most. No longer will background tasks content with your main gaming core/thread for resources.

Hybrid architectures allow workloads to be dynamically adjusted to deliver optimal performance and efficiency, allowing OS' and software to give work to the cores that will do the work most effectively. Performance and power can be dedicated to where it matters, and ultra-efficient cores will ensure that other tasks are dealt with quickly and with minimal power/heat. 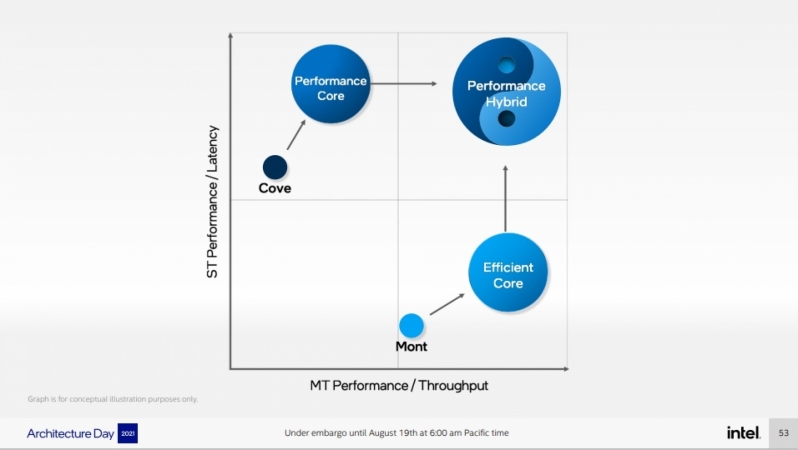 With Alder Lake, Intel needs to schedule their CPU resources effectively. If they don't, peak performance levels will drop, power efficiency will decrease, and Intel's efforts to create a hybrid CPU architecture will be wasted.

To ensure that their hybrid x86 efforts are not wasted, Intel has created their Thread Director, a hardware feature that allows telemetry data to be shared with software to ensure that workloads are placed on the right cores at the right time. Intel has been working with Microsoft to ensure that Windows 11 is ready for Alder Lake, making it the OS of choice for Intel's Alder Lake and future hardware platforms.

Intel's Thread Director is a dynamic and adaptive system, adjusting scheduling decisions based on real-time compute needs. This approach is designed to maximise Alder Lake's performance and efficiency. 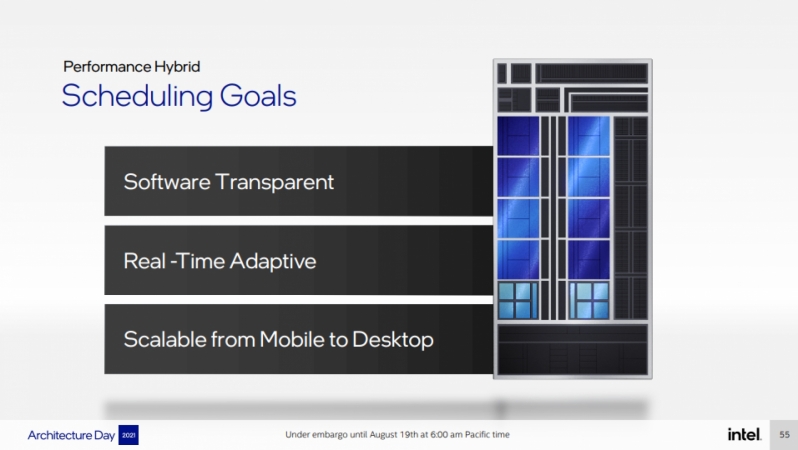 Traditionally, the operating system would make decisions based on limited available stats, such as foreground and background tasks. Thread Director adds a new dimension by:

• Using hardware telemetry to direct threads that require higher performance to the right Performance core at that moment.

• Monitoring instruction mix, state of the core and other relevant microarchitecture telemetry at a granular level, which helps the operating system make more intelligent scheduling decisions.

• Optimizing Thread Director for the best performance on Windows 11 through collaboration with Microsoft.

• Extending the PowerThrottling API, which allows developers to explicitly specify quality-of-service attributes for their threads 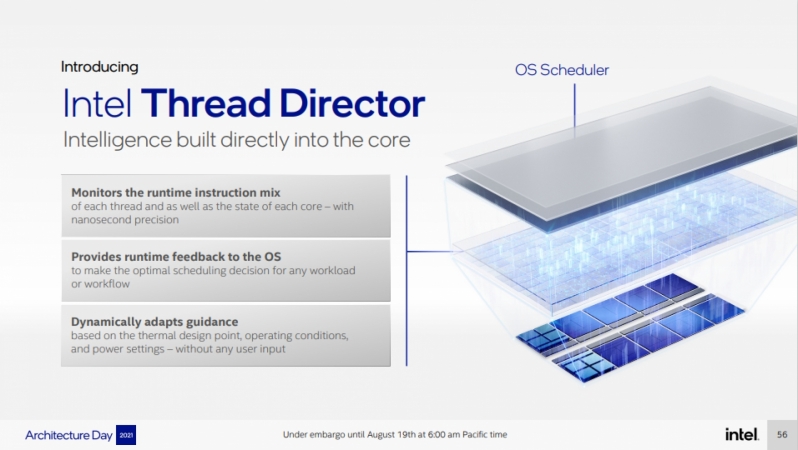 With Intel's Thread Director, OS providers and software makers can inform schedulers if specific workloads will work best on a performance core or an efficiency core. This will allow performance-critical workloads to be prioritised, which is a useful mechanism for maximising the performance of some software.

While Intel's Thread Director is a useful hardware/software innovation, it is worth remembering that this innovation is a necessary one to make hybrid x86 processors work. If Intel's Thread Director did not exist, Alder Lake's performance would not be able to reach its fullest potential. This scheduler is what's required to make Intel's hybrid x86 architecture effective from a performance/efficiency standpoint. Without it, workloads could be allocated to the wrong cores and deliver sub-par performance and efficiency, the exact opposite of what hybrid x86 architecture are designed to achieve. 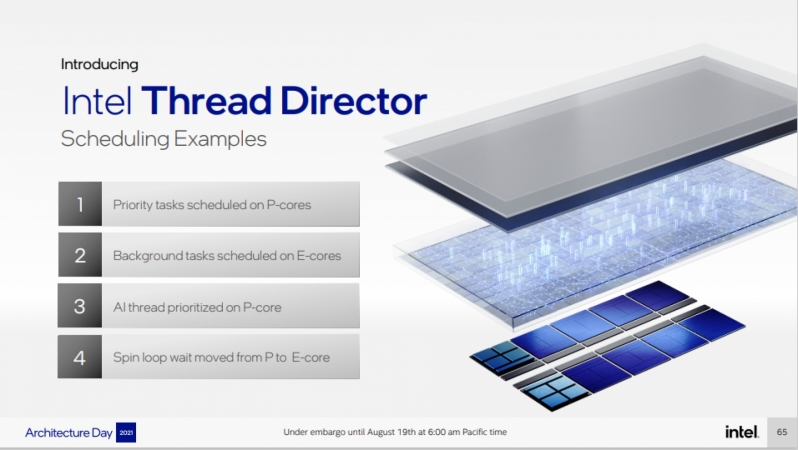 With Alder Lake, Intel's CPU performance will likely suffer greatly without OS support. Windows 10 may not deliver the best results, and when you upgrade your processor, performance is critical. This factor alone makes Windows 11 support a must for peak performance and efficiency with Alder Lake.

You can join the discussion on Intel's Thread Director on the OC3D Forums. 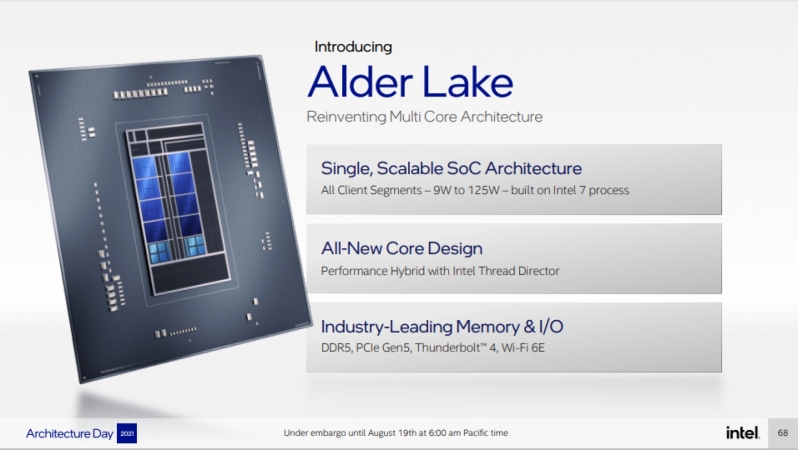 Gothmoth
Look at the Slides and correct your article....