It's official - Nvidia will acquire ARM from Softbank for $40 billion

This deal will change the future of computing

It's official - Nvidia will acquire ARM from Softbank for $40 billion

Nvidia has agreed to acquire ARM Limited from Softbank as part of a deal worth $40 billion, placing the UK's premier tech company under American control.

As with all deals of this size, Nvidia's acquisition of ARM requires regulatory approval. At this time, it is unknown when this deal is expected to close, or how Nvidia plans to utilise ARM moving forward.

Nvidia has already committed to continuing ARM's open-licensing model and maintaining global customer neutrality. Beyond that, Nvidia has agreed to continue maintaining ARM's brand identity and to expand its base in Cambridge. ARM's IP will also continue to be registered in the UK, and Nvidia plans to build up ARM's R&D resources within the region. These stipulations should help Nvidia attain approval for the transaction within the UK.

ARM is currently the world's premier low power CPU provider, powering practically all modern smartphones and tablet devices. The ARM CPU architecture has also seen growing use within the server market and within high-performance computing applications, with Apple committing to using ARM processors with their planned "Apple Silicon" devices.

At this time, it is unknown what Nvidia's plans for ARM are. Nvidia wouldn't pay $40 billion if they didn't have plans to exclusively benefit from some aspects of ARM. Nvidia has confirmed its plans to create a state-of-the-art, Arm-powered AI supercomputer, highlighting how Nvidia plans to utilise ARM in conjunction with their existing AI and networking products and IP. 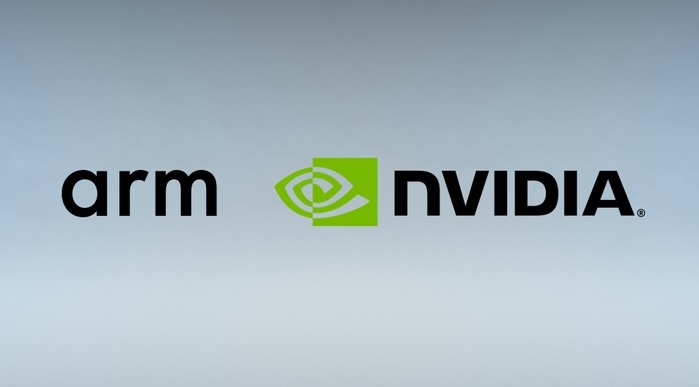 You can join the discussion on Nvidia's acquisition of ARM on the OC3D Forums.

Avet
One jacket to rule them all.

With Nvidia getting ARM Intel is in a bit of a pickle. AMD is squeezing them in consumer market and now Nvidia will just overthrow them in server world. Full solution from Nvidia with racks powerd by Ampere, ARM and Mellanox. Run buy Nvidia software. It will be more compact, with insane horsepower and use less power than Intel servers.Quote

g0ggles1994
Monopolising the ARM market, I don't agree with it one bit.Quote


But what they can do is precisely what Avet mentioned. Full blown in-house solution with tons of compute horsepower.Quote

tgrech
Yeah, even if they could there'd be little incentive for them to divert from ARMs current licensing model and break its customer neutrality; It would instantly shatter most of ARMs revenue income and tank the value and influence of something they've just spent billions on.

They've thrown in a lot of sweeteners that should help the deal pass regulators and convince customers to stick around long term (Which may become critical soon with the rise of RISC-V), but given how many regions and countries have fingers in this pie (Obviously, transfer of ARM to US owners will be a touchy one to navigate with Chinese regulatory bodies atm) it's still probably going to be a year or two until they can get the go ahead from all bodies.Quote

NeverBackDown
This is all assuming the US/EU/UK/China pass this and allow it.

Which is unlikely with China not wanting them to go to US control.Quote
Reply