A score of over 30K has reportedly been achieved

With 16 cores and 24 threads, Intel's Alder Lake flagship, the i9-12900K, is expected to deliver incredible performance increases over the company's current-generation i9-11900K. That said, it is currently unknown how Alder Lake will compare with AMD's Ryzen 5000 series flagship, the 16-core 32-thread Ryzen 9 5950X.

According to a screenshot from @hw_reveal, an Intel i9-12900K processor could deliver a score of 30,054 points in Cinebench R23. This system was reportedly using 32GB of DDR5-5200 memory on a Gigabyte Aorus Z690 Ultra motherboard. Intel's i9-12900K also appeared to have a single-threaded boost clock of 5.3 GHz.

For context, Cinebench R23 results of 30K or over are typically only achieved by Ryzen Threadripper and EPYC processors with 32 or more CPU cores. AMD's Ryzen 9 5950X only achieves scores of around 28,000 in this benchmark, though overclocking can push it past the 30K mark. To see Intel beating AMD's Ryzen 9 5950X is impressive, especially since AMD's offering only uses "big" performance-focused cores. 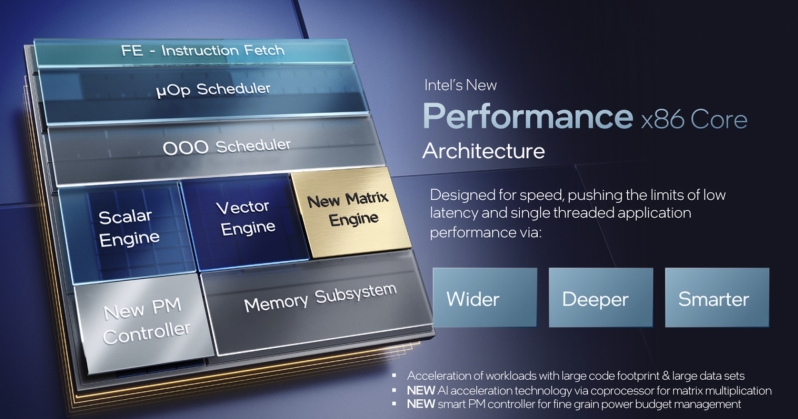 Intel delivering a 30,000+ Cinebench R23 score is impressive for Intel, as it can beat AMD's current-generation flagship with fewer threads and a mix of performance cores and efficient cores. If this score is legitimate, it looks like both Intel's performance end efficient cores can pack a punch. 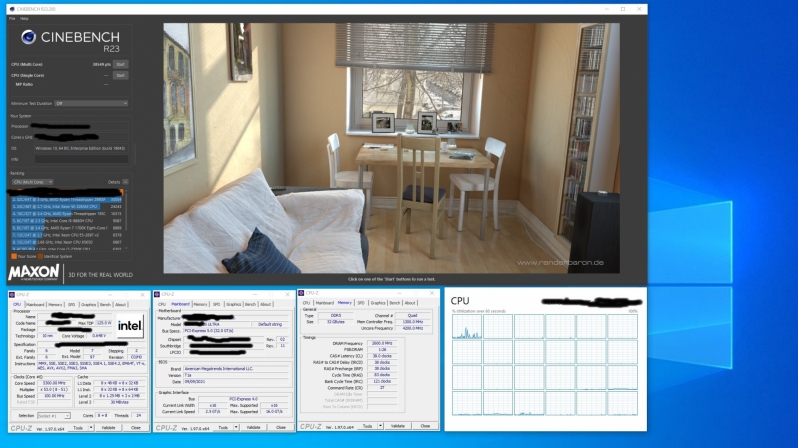 While these Cinebench scores are impressive, these results may be fake. As always, take leaked benchmarking data with a grain of salt. Such high Cinebench scores would be great for Intel, but they don't give Intel much of a performance lead over AMD's Ryzen 5000 series.

You can join the discussion on Alder Lake's leaked 30,000-point Cinebench R23 benchmark scores on the OC3D Forums.

I hope this is a sign of Intel returning to form.Quote

KingNosser
It's decent, but we know Zen4 is going to trounce this but yep Intel are making progress again, they have some intresting plans over the next few archs.

Dicehunter
Quote:
Personally skipping the first gen of DDR5 AMD and Intel, Won't be until 2nd gen i.e Zen 5 and Intel 13th gen that we get memory with really decent timings, Speed and memory controllers to properly run everything smoothly.Quote

KingNosser
Quote:
I'm waiting for Zen4, but they may do similar as Intel as ddr4 mobo's are optional ddr5 is not a must so i've heard you can pick the board you want to use.

The more likely thing for me is I wait for Zen4 and opt for Zen3 it'll be a cheaper upgrade for me and i can keep my ram i have atm, mainly as i feel Zen4 wont be cheap and Zen3 will have some price drops.Quote