Will PCIe 5.0 be a useful feature?

What should we expect from Z690?

Intel will launch its 12th Generation Alder Lake series of processors later this year, arriving alongside a new LGA1700 socket and new 600-series motherboards and chipsets.

For starters, it has been reconfirmed that Alder Lake will support both DDR5 and DDR4 memory types, supporting standard DDR5-4800 data rates and DDR4-3200 memory speeds. Intel's Alder Lake platform will reportedly automatically run DDR5 memory in Gear 2, and Gear 4 mode, which will run Alder Lake's memory controller at 50% and 25% speeds to cope with the data rates offered by DDR5 memory modules. Overclockers may be able to get the CPU to run at a lower memory gear mode to reduce memory controller latency. It is likely that Z690 motherboards will support either DDR4 or DDR5 DRAM. While a motherboard that supports both is possible, such hybrid motherboards shouldn't work using both memory types at once.

Intel's Z690 chipset will deliver users up to twelve PCIe 4.0 lanes and sixteen PCIe 3.0 lanes. However, these lanes will be pushed through the chipset's DMI interface, which uses eight PCIe 4.0 lanes. This limits the maximum speeds of devices connected through Intel's chipset, but only when many devices operate simultaneously. With its wider DMI interface, Alder Lake will feature many significant connectivity upgrades over Rocket Lake.

Below we can also see that Z690 can support WiFi 6E, multiple USB 3.2 Gen 2x2 ports, and support 5G Ethernet as an optional feature. 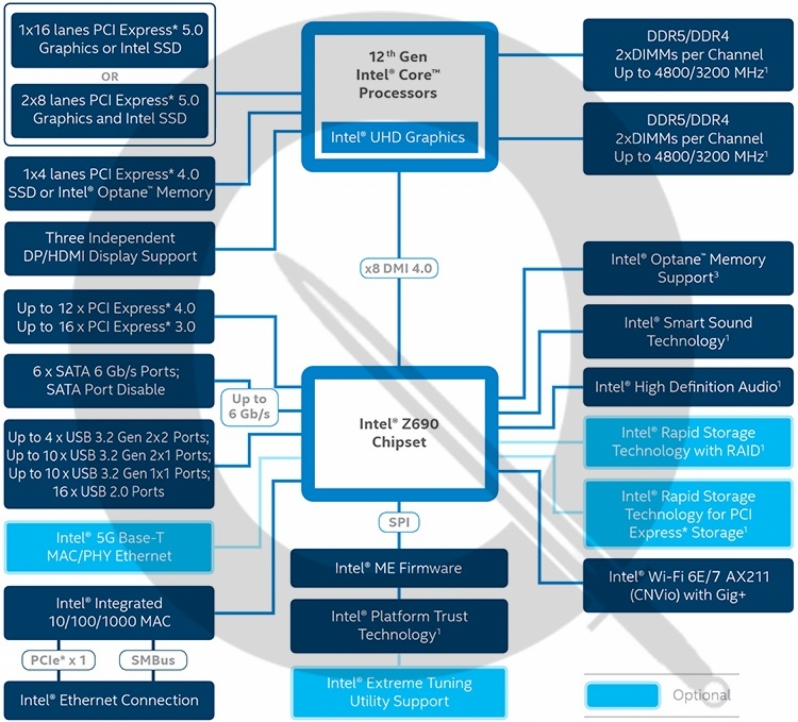 With sixteen PCIe 5.0 lanes that can be connected using a single x16 connection or dual x8 connections, it is hard to see how PCIe 5.0 adopters will benefit from the standard. Yes, there are "future-proofing" arguments to be made, but by the time PCIe 5.0 becomes a vital feature, won't leading-edge PC buyers be ready to upgrade from Alder Lake to a newer platform?

Right now, the only market that's close to needing PCIe 5.0 support (within the consumer market) is the SSD market, which is quickly reaching the limits of the PCIe 4.0 x4 interface of M.2 slots. 7,000 MB/s+ SSDs are pushing towards the limits of PCIe 4.0, and that factor alone will create the need for PCIe 5.0 over the next few years. As it stands, Alder Lake's PCIe 5.0 support is not useful, and Intel needs to find a way to justify its use of PCIe 5.0 if they want it to be an important marketing point for Alder Lake.

Right now, it looks like Intel added PCIe 5.0 to Alder Lake for marketing reasons, not technical reasons. As it stands, PCIe 5.0 support is a useless feature for consumers. While PCIe 5.0 devices will eventually come to market, Alder Lake doesn't offer enough PCIe 5.0 lanes to support a meaningful number of PCIe 5.0 devices.

You can join the discussion on Intel's Z690 motherboard platform and Alder Lake on the OC3D Forums. 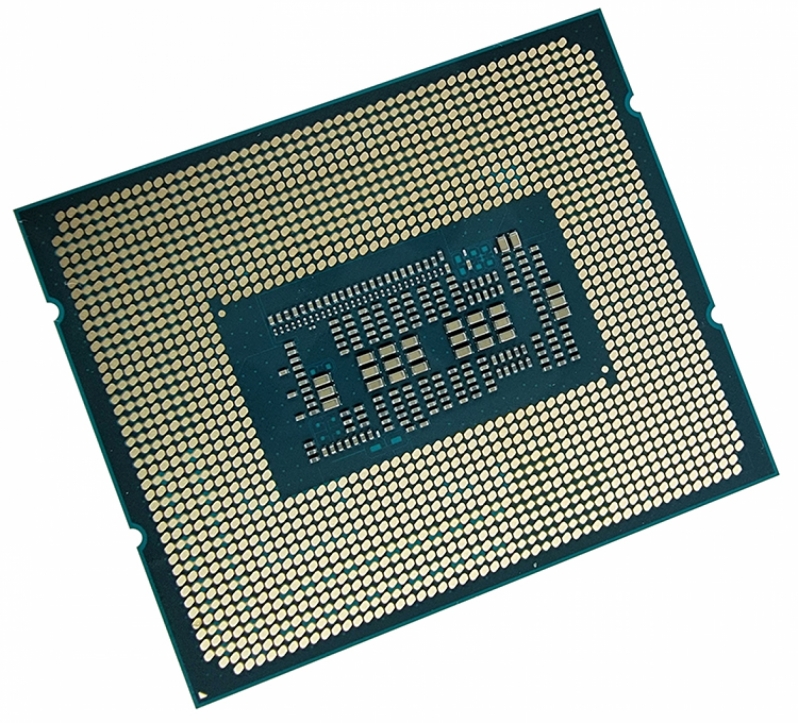 
If so, Probably not much use for anyone who wants a Alder Lake K series chip and will still have to fork out for new DDR5 memory.Quote

WYP
Quote:
It gives OEMs versatility and motherboard manufacturers options. TBH, motherboards will support one or the other, and I don't see many motherboard makers supporting DDR4 in the DIY market unless there are benefits for doing that.Quote

Tom Sunday
Quote:
At this point in time its all about the money for me. Who cares about specifications being beaten to death here. I did extremely well with AMD stock in 2020 and now its time for Intel in doing me a "short-sell" favor or lift as well. Once the real cash rolls in it will take care of the specifications and then some. See you for a show and tell during Intel's 4th quarter earnings call in early 2022.Quote
Reply