AMD's planning to host their CES 2022 keynote soon (watch it here), and during that Keynote, the company is expect to launch a boat load of new products. This includes new mobile CPUs and graphics cards, both of which pave the way towards the release of many new AMD-powered notebooks.

In a new Tweet, AMD's Lisa Su has showcased a new processor, highlighting some of the "new tech" that the company will showcase during CES 2022. This new processor looks identical to the to CPU seen in leaked "Rembrandt" APU images, suggesting that this new processor is Ryzen Mobile 6000 series CPU.

With DDR5 memory support and RDNA 2 graphics, AMD's Rembrandt APUs will feature a tonne of onboard gaming performance, delivering the architectural innovations of RDNA 2 (which is two architectural leaps beyond AMD's older Vega iGPUs) while also delivering breakthrough bandwidth through the use of DDR5 memory. These features should prevent AMD's Rembrandt APUs from being bandwidth starved, an essential factor for gaming applications.

AMD's Rembrandt mobile processors will reportedly feature up to eight CPU cores and be much more efficient than their predecessors. This comes thanks to TSMC's 6nm lithography technology, and new platform optimisations from AMD. While AMD is yet to officially reveal these products, we expect to see major performance gains from AMD with these new mobile CPUs. 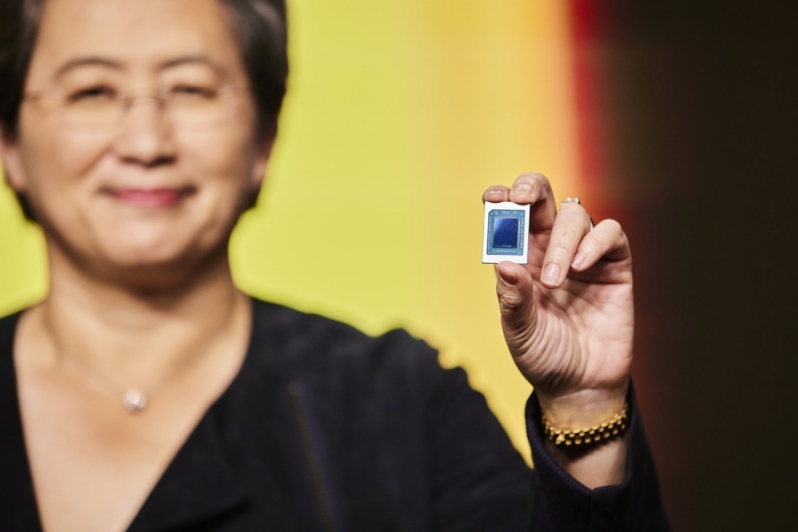 You can join the discussion on AMD's Rembrandt teaser on the OC3D Forums.