AMD's low-cost B450 chipset will soon be upon us, with retailers across the globe listing new AM4 mainboards despite the chipset's lack of an official launch.

The main draw of AMD's low-cost B450 chipset is that it offers compatibility with all of AMD's Ryzen processor lineup out of the box, including their recently released Ryzen 2nd Generation/2000 series of processors. Older AMD AM4/300-series motherboards may not ship with Ryzen 2000 series support, creating problems for those with current-generations processors that are unable to update their BIOS. This compatibility makes B450 processors a lot more desirable than their B350 counterparts, especially when combined with the design tweaks that increase memory compatibility and decrease chipset power draw.

Overclockers UK, one of the UK's largest PC components retailers, has listed Gigabyte's upcoming MATX B450M-DS3H motherboard on their storefront with an asking price of £69.95, making it the most affordable B450 motherboard on the website. 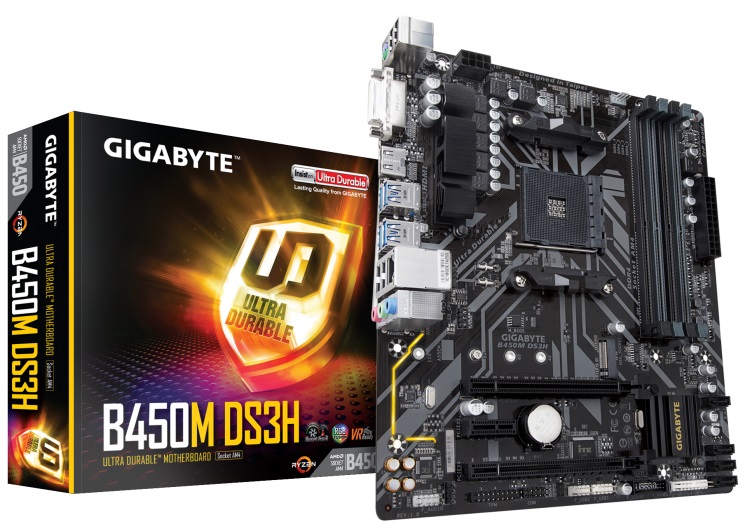 AMD#s B450 chipset is expected to officially release before the end of this month, alongside the company's Ryzen 3 2300X and Ryzen 5 2500X processors.

You can join the discussion on Gigabyte's low-cost B450M-DS3H motherboard on the OC3D Forums.

Special Thanks to Demonking for the information.