Here's what to expect from the Ryzen 7000 series

Today, a lot of information has dropped about AMD's Ryzen 7000 series, arriving though Videocardz, who has managed to grab hold of some official AMD information ahead of the company's Computex 2022 keynote.

At Computex, AMD is expected to showcase X670E, X670 and B650 series AM5 motherboards, and reveal details about their planned Zen 4 based Ryzen 7000 series processors. These CPUs will support both PCIe 5.0 connectivity and DDR5 memory, with their LGA1718 socket retaining compatibility for existing AM4-compatible heatsinks.

In the slide below, AMD's Ryzen 7000 series processors are confirmed to feature 1MB of L2 Cache per core, a 2x increase over Zen 3, a greater than 15% single-threaded performance uplift (though it is unknown if AMD is talking IPC or raw performance here), and AMD has confirmed that their Ryzen 7000 series processors will boost to clock speeds of 5GHz or more. This is a first for out-of-the-box Ryzen processors.

AMD;s leaked slide has also confirmed that their Zen 4 Ryzen 7000 series processors will support new instructions, including AI acceleration instructions. This likely means that Zen 4 support AVX-512 series instructions, which is a first for AMD. 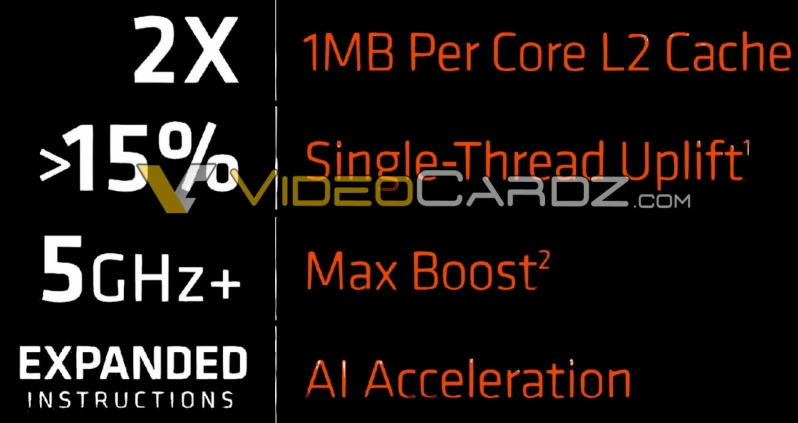 In the slide below, AMD has confirmed that their Ryzen 7000 series CPU chiplets will use Zen 4 cores and 5nm lithography. Both of these changes are significant upgrades over today's 7nm Zen 3 Ryzen 5000 series processors. AMD has also moved their I/O die to 6nm (from 14nm with Zen 3), and had added RDNA 2 graphics to this due and new power optimisation technologies. 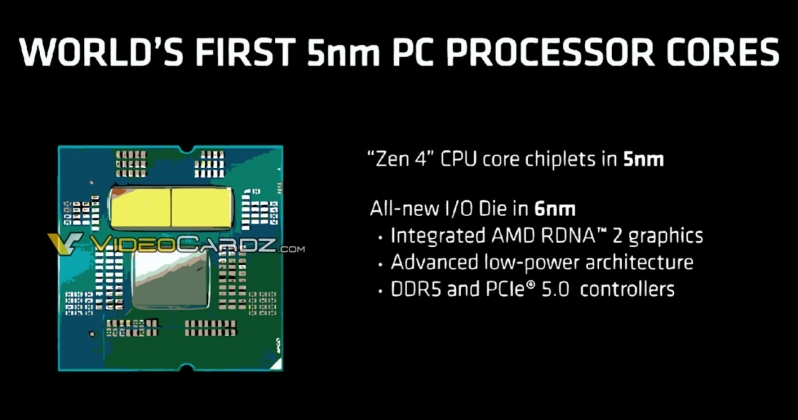 At Computex, AMD will reportedly confirm that their Ryzen 7000 series CPUs will release in "the Fall", revealing no firm release date for their next-generation processors.

You can join the discussion on AMD's Ryzen 7000 series CPU leaks on the OC3D Forums.

Meaker
Basic graphics will be a great help for the office pc builders out there.Quote
Reply