You've heard of beta BIOS', but have you heard of Bootleg BIOS'? AMD's Ryzen 5000 series of processors are AMD's best processors to date, supporting AMD's 500/400-series AM4 motherboards, assuming that motherboard manufacturers have kept their boards up to date with AMD's latest AGESA revisions.

AMD's 1st Generation 300-series AM4 motherboards do not officially support AMD's latest Ryzen processors, despite using the same AM4 socket as their 400 series and 500 series successors. These motherboards were not designed with Zen 3 in mind, and updating these motherboards with official Ryzen 5000 series supports adds a lot of work to the QA processes of both AMD and their motherboard partners.

Now, Ryzen fans have released unofficial BETA BIOS' for many of ASRock's X370 motherboards, bootleg BIOS' that can support AMD's Ryzen 5000 series. HKEPC has released these BIOS files on their website and has confirmed that they can boot Zen 3 processors and pass a subsequent stability test. That said, these unofficial BIOS files may feature bugs that could harm their user experience. Beyond that, these BOS' are made by AMD or ASRock, so X370 motherboard users should install these BIOS files at their own risk. 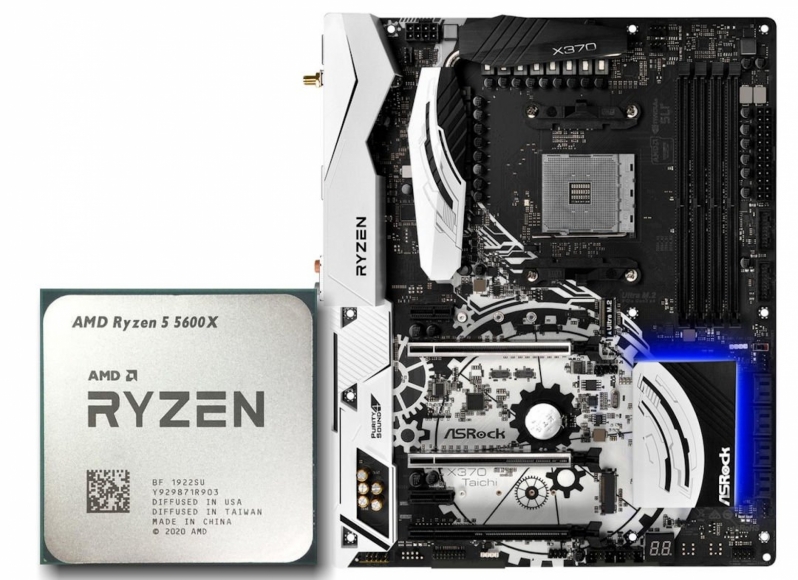 Just because you can, doesn't mean you should

AMD's 300-series motherboards were the first to support Ryzen, and more often than not, they have poorer memory support than their 400-series and 500-series counterparts. AMD and their motherboard partners have learned a lot since the release of Ryzen, so we are not going to recommend this unofficial upgrade path to anyone who isn't happy to deal with the potential consequences. This is a cool upgrade option for owners of ASRock's X370 motherboards, nothing more.

You can join the discussion on Ryzen 5000 support unofficially coming to ASRock's X370 motherboards on the OC3D Forums.