It looks like motherboard markers a preparing to release next-generation motherboards, with ASUS' ROG sub-brand and Gigabyte's Aorus division hinting at a launch or reveal on October 8th.

ASUS has showcased what appears to be a next-generation Hero series motherboard, with the CPU socket conveniently covered by the company's new Ryujin CPU cooler. Gigabyte Aorus, has released a short video clip which asks "What it takes for All Cores 5GHz+?", while listing the date October 8th.

With 5GHz+ overclocks it seems extremely likely that both manufacturers are hinting at the launch of a new Intel motherboard platform, with 5GHz overclocks being reasonably achievable on today's Coffee Lake processors. Could this be Intel's long rumoured Z390 motherboard platform, which will house the company's latest 8-core 9000-series Coffee Lake processors? 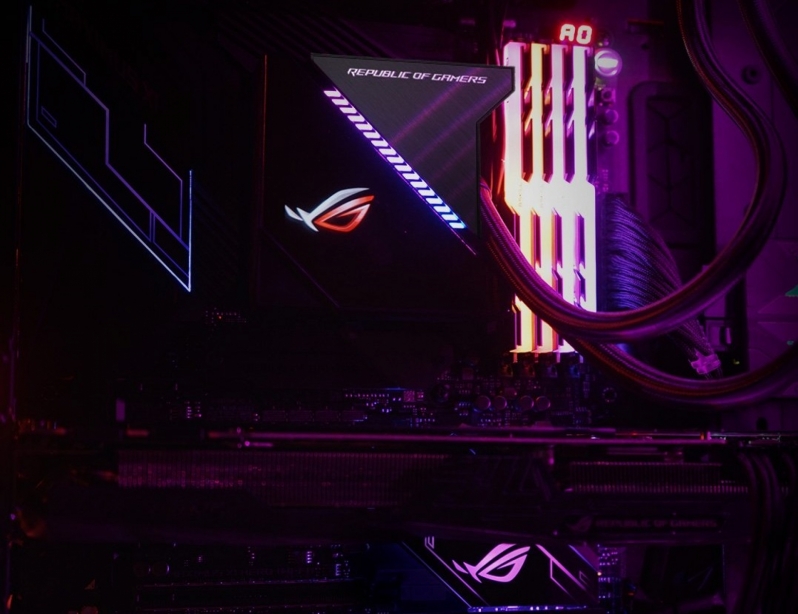 These hints point towards the release of new Intel motherboards and processors in October. Will all of those i7-9700K and i9-9900K rumours prove accurate? We won't have to wait long to find out.

You can join the discussion on motherboard manufacturers hinting at Next-Gen releases in October on the OC3D Forums.