MSI has confirmed that their Z490 motherboards are ready for Intel's next-generation processors, supporting PCIe 4.0 connectivity on their PCIe slots and M.2 connections.

PCIe 4.0 connectivity will require a PCIe 4.0 compatible processor, which means that PCIe 4.0 will only be available with Intel's 11th Generation Rocket Lake processors. Thankfully, MSI has already updated their Z490 BIOS' to support Rocket Lake, opening the door to higher data rates for compatible SSDs and graphics cards.

With PCIe 4.0 enabled devices becoming increasingly popular, MSI's Z490 BIOS updates will make their Z490 motherboard offering a lot more future-proof, enabling next-generation CPU support and next-generation connectivity support. Not all Z490 motherboards will be updated to support PCIe 4.0, but MSI has been forward-thinking enough to design its boards with PCIe 4.0 in mind from the beginning.

To be PCIe 4.0 compatible, several components on the motherboards are necessary, including PCIe 4.0 ready clock generator, lane switch, redriver, PCIe slots, and M.2 connectors. Thanks to the complete PCIe 4.0 solutions, MSI Z490 motherboards provide the most stable design for PCIe 4.0 and unlock the full performance of PCIe 4.0 devices. 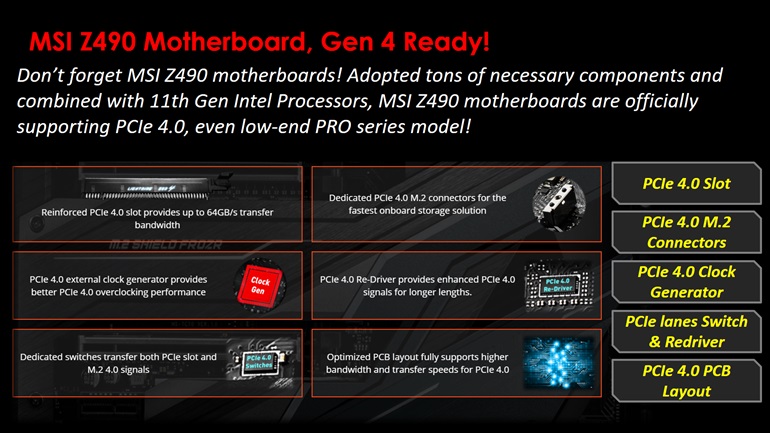 MSI has already released Z490 BIOS updates that are ready for Intel's upcoming 11th Generation Rocket Lake processors and PCIe 4.0 connectivity. This should come as good news for all of MSI's Z490 motherboard users.

To enjoy the unlocked performance of PICe 4.0, please update the Z490 motherboards with the latest
BIOSes optimized for PCIe 4.0. 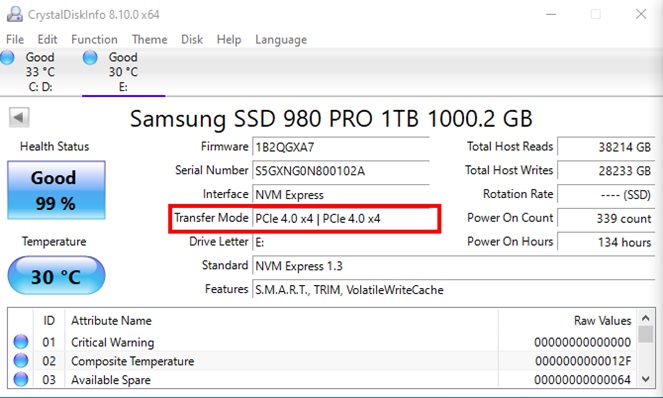 You can join the discussion on MSI's PCIe 4.0 updates for their Z490 motherboards on the OC3D Forums.