With six M.2 SSD slots, this motherboard is capable of supporting insane amounts of storage. Only one of these M.2 slots support PCIe 5.0 speeds, though all others support today's newest PCIe 4.0 drives. The MEG Z690 GODLIKE also support Thunderbolt 4, USB 4.0, USB 3.2 Gen 2x2 and more.

What follows is MSI's press release for their MEG Z690 GODLIKE motherboard.

As Intel launched the 12th Gen Core processors and immediately gained lots of attention, MSI also released many motherboards for various usages. However, the best has yet to come until now. Today, the last member of the Z690 platform is here. The one board to rule them all - MEG Z690 GODLIKE. GODLIKE's number one goal for the end-users is evident, designed for the best performance and experience enabled by truly remarkable systems. Whether it's record-breaking overclocking, ultra-customization of ARGB lighting with touch control LCD dashboard, or simply the desire to build the most powerful system imaginable, the MEG Z690 GODLIKE stands unrivaled at the pinnacle of all the Z690 motherboard capabilities.

It is covered in dark, deep, and full aluminium heatsink fashioned with a triangular grid pattern. The illuminating dragon nebula with tempered glass reveals the power with a column of faith and meteor RGB effect. The MEG Z690 GODLIKE symbolizes the endless power of the one universe, ready for every challenge.

It is equipped with the industry's first built-in touchable LCD. The 3.5 inch IPS LCD panel on the motherboard provides the next level of system diagnostics - hardware monitoring, reading debug codes, finding other useful information, and even customizing your display with dedicated MSI software. Moreover, the touchable function enables system operation, fine-tunes complicated PC settings, and even activates the windows function with customization in one touch.

The M-Vision Dashboard connects the motherboard with its easy to disassemble magnetic design. Furthermore, once connected with the GODLIKE rear USB port, the dashboard can operate independently. You can put the dashboard in front of your case, on your desk, or stick to your monitor for easy access. With just one touch, your PC operation received an entire new form. 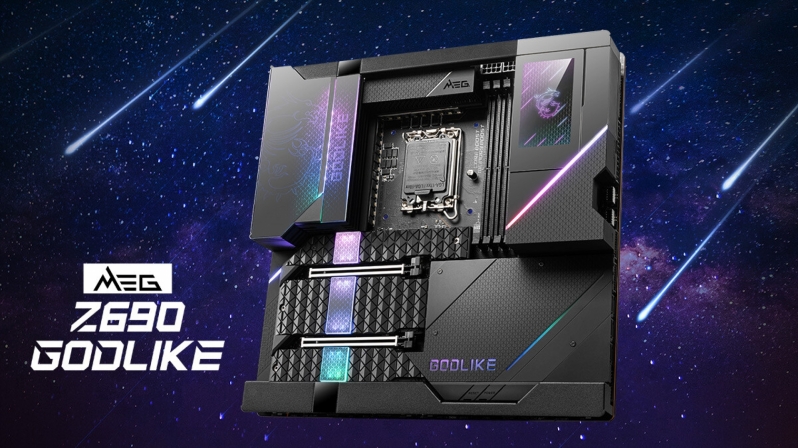 The incredible onboard 6x M.2 connectors for the maximum storage performance with one Lightning Gen 5 solution allow gamers to get super-fast game speed. Strengthened by Magnetic Double-sided M.2 Shield Frozr, the M.2 SSDs can be cooler and faster.

There is only a limited quantity of this masterpiece. For those who want to pick up the MEG Z690 GODLIKE, we're offering a prioritized qualification to those who purchased a previous generation of GODLIKE motherboard or an MSI RTX 3080 or 3090 series graphics card before as an appreciation. The limited-edition comes with a MEG CORELIQUID S360 liquid cooler, 2X KINGSTON FURY BEAST DDR5 16G memory, and tons of membership rewards.

You can join the discussion on MSI's MEG Z690 GODLIKE motherboard on the OC3D Forums. 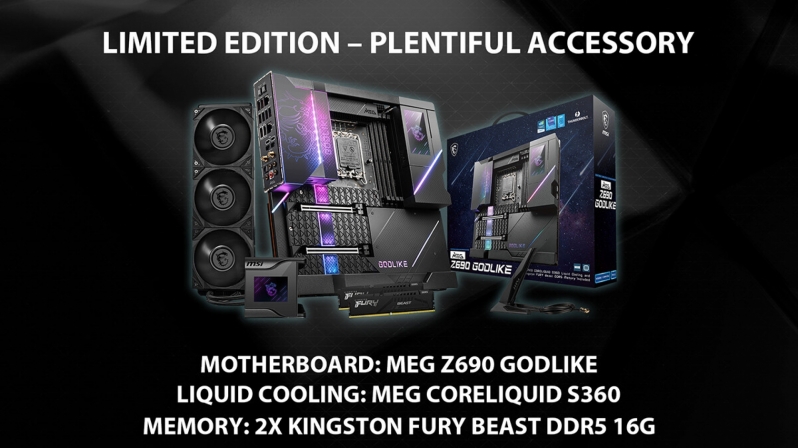