5+ GHz overclock seem to be common

When testing batches of Intel processors, MSI confirmed that most of Intel's highest overclocking chips were shipped in the form of i7 and i9 K-series CPUs. MSI had set the quality levels of Intel's chips at quality A, B and C levels, with A offering the highest overclocking potential. Intel's i5 series offers 2% A-grade chips, while i7 offers 5% A-level chips and i9 offered a staggering 27% A-grade chips. This means that Intel has prioritised its highest level silicon for its i9 lineup. 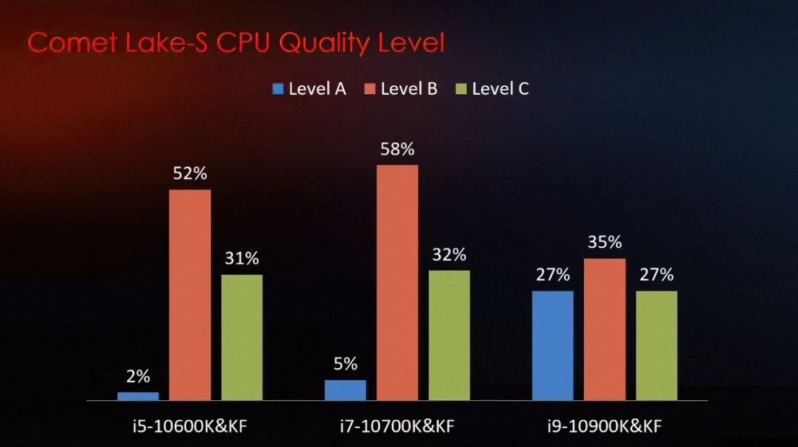 Below, MSI has revealed the overclocking potential of some to its tested Intel chips, highlighting the ability of Comet Lake-S series CPUs to deliver 5+ GHz clock speeds. It is worth noting that Intel's i5-10600K/KF samples seem to require much lower voltages, which makes sense given the chip's lower core counts and reduced power requirements.

Sadly, MSI didn't detail its overclocking methodology, which means that we will have to wait for reviews before we know more about Comet Lake overclocking. 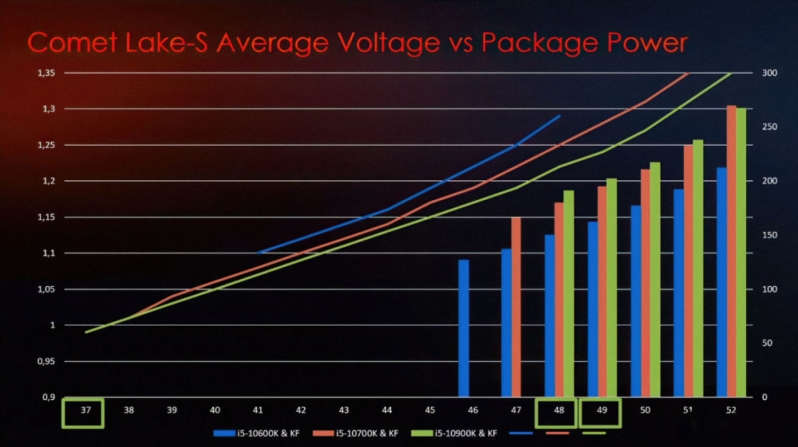 You can join the discussion on MSI's overclocking data for Intel's Comet Lake-S series processors on the OC3D Forums.

fray_bentos
"It is worth noting that Intel's i5-10600K/KF samples seem to require much lower voltages, which makes sense given the chip's lower core counts and reduced power requirements." You've misread the graph; the further left the line, the more voltage is needed to reach a particular clock speed. Intel's binning is such that the 10900K/KF reaches higher frequencies at lower voltages compared to 10700K/KF and then the 10600K/KF.Quote
Reply