The DDR5 shortage is hitting Alder Lake hard, and MSI's mitigating that with motherboard DRAM bundles

On Twitter, images of MSI's MEG Z690 GODLIKE motherboard have leaked onto the web. These leaks come via @9550pro (1,2) and they highlight an interesting high-end strategy from MSI.

Intel's Alder Lake launch has been hampered by DDR5's lack of availability, preventing consumers from pairing Intel's fastest processors with the latest DDR memory standard. Fast DDR5 memory allows Alder Lake users to get the most out of their processors, making the world's DDR5 shortage a huge thorn in Alder Lake's side.

MSI's countering this shortage by launching their Z690 GODLIKE motherboard with a bundled liquid cooler and bundled DRAM. This bundle will ensure that MSI's GODLIKE motherboard will be paired with strong DRAM and adequate cooling, helping Alder Lake users get the most performance out of their new processors. Beyond that, this ensures that their GODLIKE users can access DDR5 memory, which is in incredibly short supply. 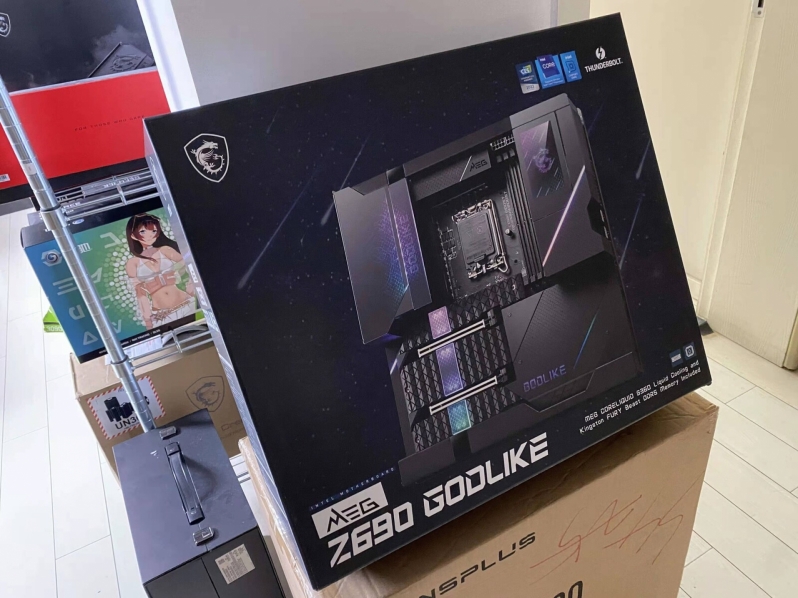 We expect MSI to officially reveal their Z690 GODLIKE motherboard at CES 2022, as the motherboard has won a CES 2022 Innovation Award.

Pricing-wise, MSI's Z690 GODLIKE motherboard is expected to be very pricey. The motherboard's bundled add-ons are expensive, and the motherboard itself is by no means inexpensive either. We expect a four-figure price tag for this motherboard and its bundled elements. At this time it is unknown whether or not MSI plans to launch a version of this motherboard without a bundled liquid cooler and DDR5 memory.

You can join the discussion on MSI's MEG Z690 GODLIKE motherboard on the OC3D Forums. 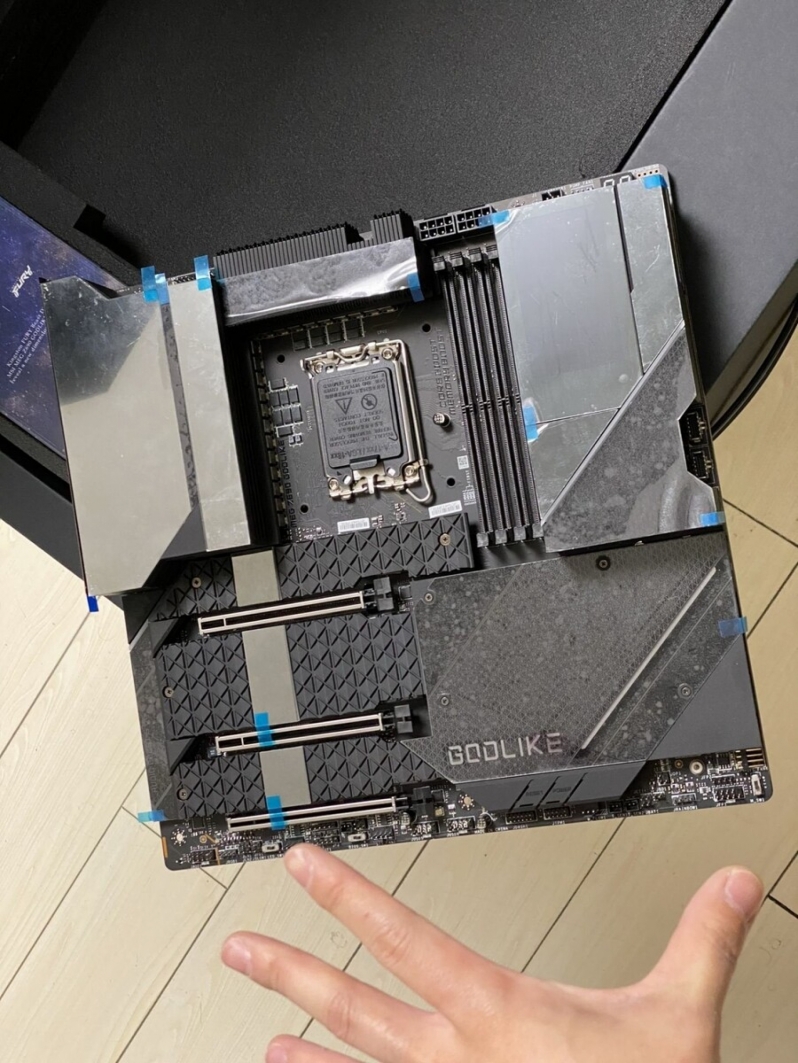 Dark NighT
That is one big fat motherboard

robert3892
I think the price will be about 1500 dollarsQuote

Deadtroopers
Bundled with a big fat 6900XT or 3090 an'all would tempt me. No point if you can only match it with a last gen or last before last gen high-end GPU.Quote
Reply