between corrosion issues, contact issues, and conductivity issues, adding salt to your thermal paste is a bad idea

This week reports started circulating that a TikToker called @mryeester had managed to decrease the thermals of their PC by adding salt to their thermal paste. These claims were then circulated by several technology websites, leading some consumers to believe that they could improve their system's coming by doing the same.

The theory used by @mryeester is that salt has a higher conductivity than what many thermal pastes claim to have, so adding finely ground salt to a thermal paste could achieve improved system thermals. Using this technique, @mryeester reported temperature drops of 2-3 degrees.

PC Gamer has managed to get a representative of Noctua to discuss the claims that salt could increase the effectiveness of the thermal interface materials (TIM) that are used to bridge the gaps between CPUs and their coolers. After first verifying that PC Gamer's questioners were serious, Noctua's representative stated that the company "definitely doesn't recommend doing anything like that", and then listed multiple reasons why PC builders shouldn't add salt to their thermal paste.

Noctua first stated that the thermal conductivity of salt is much lower than the filler materials that are traditionally used in thermal pastes, like aluminium oxide and other metal oxides. On top of that, salt particles/grains can prevent good contact between a CPU and its heatsink, raising CPU thermals. Thermal paste works best when used in a thin layer, and salt grains would prevent this. Finally, adding salt to your thermal paste could create corrosion issues, either for your processor or your CPU cooler. 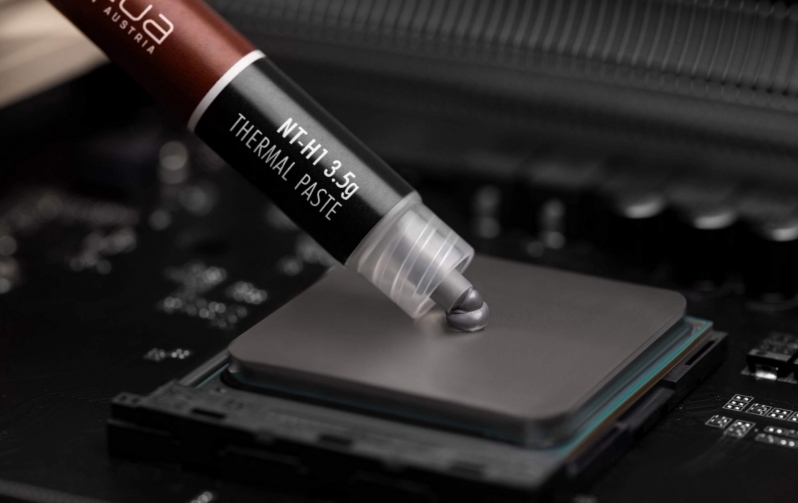 To state things another way, Noctua doesn't see salt as a quick an easy way to improve the effectiveness of your thermal paste, they see it as a good way of making your CPU thermals worse while potentially corroding your heatsink of CPU's IHS (Integrated Heat Spreader).

We at OC3D do not recommend adding salt to your thermal paste. You don't need to turn your PC into a science experiment, and 2-3 degrees temperature drops are not large enough to be worth putting your PC at risk for.

You can join the discussion on Noctua not recommending adding salt to your thermal paste on the OC3D Forums.

Dicehunter
TikTok and its trends are cancer, That platform needs to go away.Quote

smilertoo
It's computer darwinism at work, leave them to it.Quote

AngryGoldfish
Quote:
I'm amazed at TikTok honestly. It's the most casually toxic thing I've ever seen. Like going for dinner and Hitler is the one serving you graciously.Quote

Dawelio
Quote:
Holy hot damn, that was the most epic burn I've ever read!

AngryGoldfish
Quote:
I was horrified when my sister started using TikTok. But she's insisting that it's OK once you wade through the nonsense. I still don't buy it, but I can't tell her what to do.Quote
Reply