Update - Newegg has been forced to delist Noctua's NH-P1 cooler from their website and cancel all early orders. Noctua has confirmed that their passive cooler "hasn't been released", and that Newegg "wasn't authorised to sell it".

Noctua's ready to deliver fully passive CPU cooling with their all-new NH-P1 heatsink, which has now been listed in the US by Newegg (as spotted by FanlessTech).

The NH-P1 has been listed for $100 in the US, though we are yet to see Noctua's finalised MSRP for the US and other regions. With their new SecuFirm2+ mounting system, Noctua's NH-P1 supports all modern CPU sockets, and CPU compatibility varies depending on your case's natural airflow/convection.

While Noctua has designed their NH-P1 to operate passively, Noctua has created this heatsink to be used with an NF-A12x25 LS-PWM when required, which can run at low fan speeds and noise levels to delivering ultra-quiet cooling. Noctua's also using their latest NT-H2 thermal compound, ensuring the best possible thermal conduction between your processor and heatsink.

Noctua has designed this heatsink to deliver "100% RAM compatibility", and offer clear access to the "top PCIe slot on most ATX and MATX motherboards.

The NH-P1 is Noctua’s first passive CPU cooler and has been custom-designed for fanless operation from the ground up: in enclosures with good natural convection, its six heatpipes and thick, widely spaced heatsink fins enable it to cool modern high-end CPUs with low to moderate heat dissipation completely passively (see setup guidelines and list of recommended cases). For further enhanced performance or semi-passive setups that only spin up their fans when necessary, the NH-P1 can be outfitted with a low-speed, ultra-quiet 120mm fan such as the NF-A12x25 LS-PWM.

Topped off with the professional Torx-based SecuFirm2+ mounting system, Noctua’s award-winning NT-H2 thermal compound and a 6-year manufacturer’s warranty, the NH-P1 is the ideal cornerstone for premium-grade fanless or semi-passive builds.

Caution: while the NH-P1 provides first-rate performance for a passive cooler, it is not suitable for overclocking or CPUs that create high heat loads. Please note that the TDP (Thermal Design Power) rating or amount of heat dissipation that the cooler can handle not only depends on the chassis and various other factors such as ambient temperature or other components inside the system, but also generally varies from CPU model to CPU model. For this reason, we don’t give a general TDP specification but rather refer to our CPU compatibility list where we indicate which heat load the cooler can be expected to support on a particular CPU in a fully optimised setup (see our setup guidelines for details). Please also note that the NH-P1 strictly requires either a fanless PC case with good natural convection, an open benchtable-type setup or a PC case with fans in order to achieve its full performance. 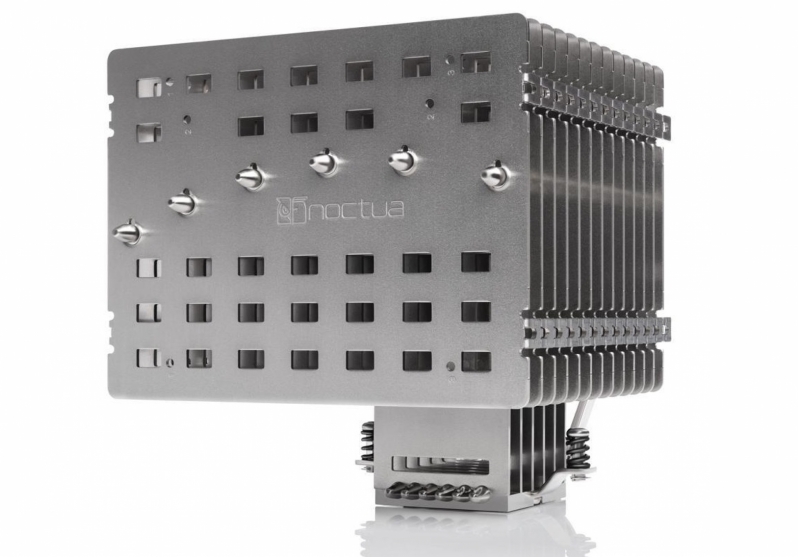 You can join the discussion on Noctua's new NH-P1 Passive CPU Cooler on the OC3D Forums.

MiNo
Still listed on the roadmap only, and not product pages of //noctua.at


What is the weight of this thing?Quote

m2geek
Quote:
From memory it's 1.3kg-ISH that was when it was demo'd at the last tech fair thing.Quote

WYP
Quote:
We will have more information when Noctua officially launches this thing.Quote

Warchild
Would love to see this tested and reviewed. Given Intel processors run very hot, AMD are better temps but still quite warm,

And GPUs ramping up performance until they heat a nominal temp. That makes your interior pretty toasty.


Quote:
is the 9900k really considered moderate? the reviewers created a storm when they demonstrated how hot this got.Quote

WYP
Quote:
I think they are considering these moderate as things like Threadripper exist.Quote
Reply