Lapping your processor has never been easier

It has been over two years since NUDEcnc brought its Ncore V1 to Kickstarter, delivering consumers a direct-to-die CPU water block for Intel's LGA 1151 processors.

Since then, the Ncore V1 has been significantly redesigned, allowing the water block to fit all of Intel's latest LGA 1151 processors, expanding the product's coolung area by 201% to accommodate Intel's i9-9900K processor and other large-die desktop processors.

With the rapid evolution of Intel's LGA 1151 socket, new problems have emerged for CPU delivers and high-end CPU overclockers, and those are CPU die thickness, PCB thickness and IHS thickness. NUDEcnc's latest project is designed to address this issue.

Today, NUDEcnc has revealed two new parts, the Nlap IHS and the Nlap die, both of which are now available to purchase on NUDEcnc's website. These products are designed to make CPU die and IHS lapping easier, allowing users to remove material from their CPU die and integrated heat spreader (IHS) to enable better cooling performance to ultra-enthusiasts.

To oversimplify things, lowering the distance between a cooling solution and a heat source will increase thermal conductivity. In opposite terms, a thicker jumper or blanket will help keep wearers warm, so thinner materials will assist cooling.

By lapping your IHS, you can give your CPU cooler more direct access to your processer and its heat output, enabling lower load temperatures and improved cooling efficiency.

With Intel's latest LGA 1151 processors, such as the i9-9900K, the silicon dies of the processors are thicker, a structural change that was designed to improve silicon yields. This has created a layer of extra silicon on top of Intel's latest processors, presenting hardcore overclockers with an opportunity to improve their CPU's thermals through CPU die lapping.

CPU die lapping is a dangerous process, as removing too much material will result in a dead processor. This option is not for the faint of heart.

CPU lapping requires accuracy, and accuracy is what the NUDEcnc's Nlap series plans to deliver. Boasting a resolution of 0.01mm, the NUDEcnc Nlap Die and IHS makes it easier for users to accurately lap their processors while limiting the risk of CPU damage. 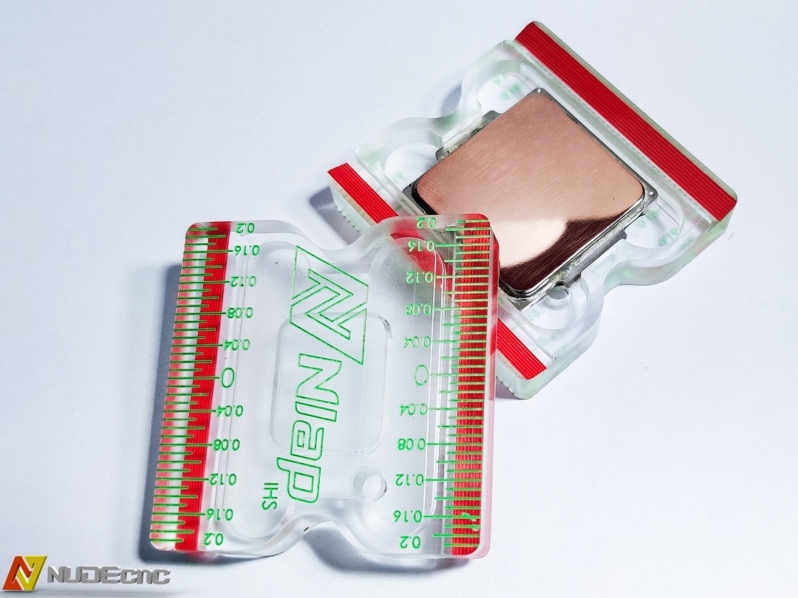 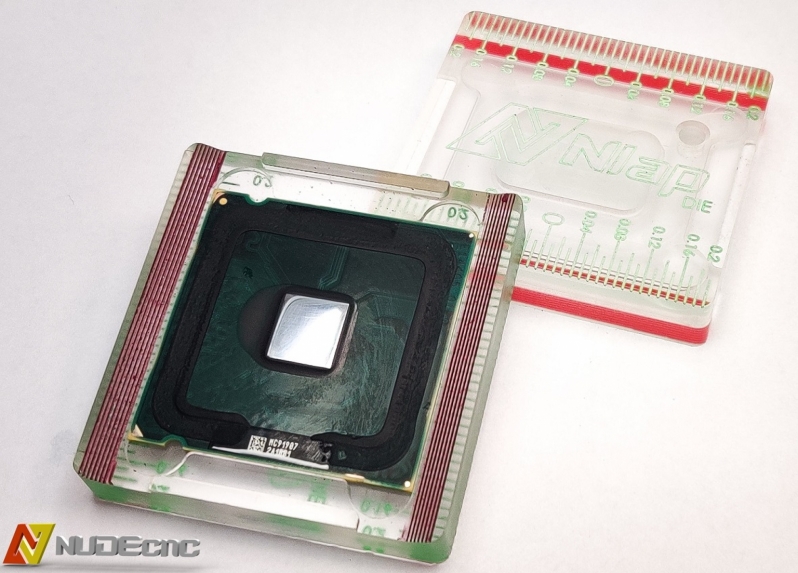 On YouTube, NUDEcnc has several videos which showcase the usability of their new Nlap series products, revealing how quick and easy it is to lap your processor and IHS. Be warned though, as while lapping itself is easy, the process is dangerous. Too much lapping could damage your processor, turning your £500 i9-9900K into a paperweight.

At the time of writing, NUDEcnc's Nlap IHS and DIE are available in a kit for £25.99 or for £15.99 separately on the company's official website.

You can join the discussion on NUDEcnc's Nlap Die and Nlap IHS products on the OC3D Forums.

ImprovizoR
I feel like it's 2008 again. Who among us hasn't lapped their Core 2 Duo and Core 2 Quad back in the day?Quote

FTLN
I got a load videos appear in my YouTube feed from this company, don't remember ever subscribing.Quote

ImprovizoR
Quote:
You missed out on a great deal of fun.Quote
Reply