Should AMD and Intel be worried?

Nvidia is a company that has transformed. No longer are Nvidia just a gaming company; they are a technological innovator that has a hardware roadmap that covers seemingly every area of the computing market. Nvidia is not a GPU company; they are also a DPU, CPU and software company, factors that will make them reliant on nobody else for support. Nvidia's products will be able to stand on their own, and that should have Intel and AMD worried.

Today, at GTC 2021, Nvidia revealed their Grace processor, a custom ARM-based processor that will launch in 2023. Nvidia's not waiting for its ARM acquisition to be finalised; they are venturing into the CPU market right now. With a SPECrate2017_int_base score of over 300, Nvidia's ARM-based processor will be no slouch, and this is just the start of the company's CPU ambitions.

Nvidia's Grace processor is all about interconnect speeds. Nvidia believes that bandwidth is a critical aspect of future computing workloads, and it is an area where Intel and AMD are not keeping up with Nvidia's hardware requirements. Through NVLink, Nvidia Grace processors will provide users faster CPU-to-GPU and CPU-to-CPU bandwidth levels, enabling the acceleration or more workloads and the ability for their GPU clusters to accelerate ever-larger datasets.

Let's be clear, Nvidia's Grace processor is designed for Nvidia's DGX ecosystem, and that's where these processors will shine brightest. 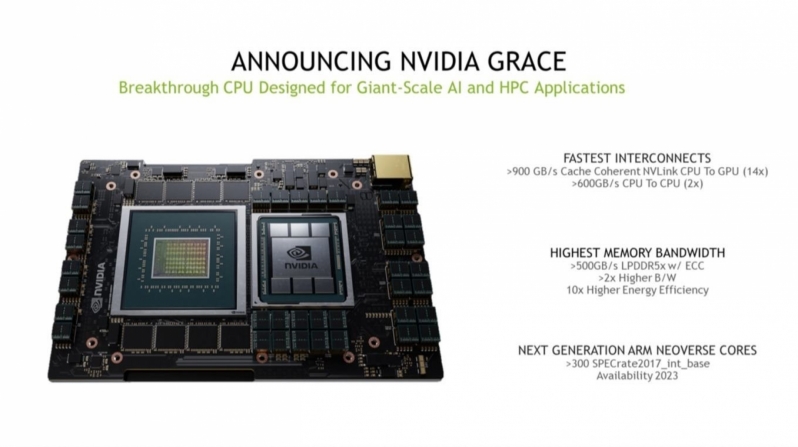 Nvidia wants to accelerate its workloads and allow their processors to utilise larger datasets, and that's where Nvidia's Grace processors come into play. Through Grace, Nvidia will utilise NVLink to enable faster communications between CPU memory and GPU compute clusters, offering more bandwidth to their graphics processors and increased throughput.

By creating CPUs and GPUs in tandem, Nvidia can accelerate their workloads to ludicrous degrees, which is good news for their customers. 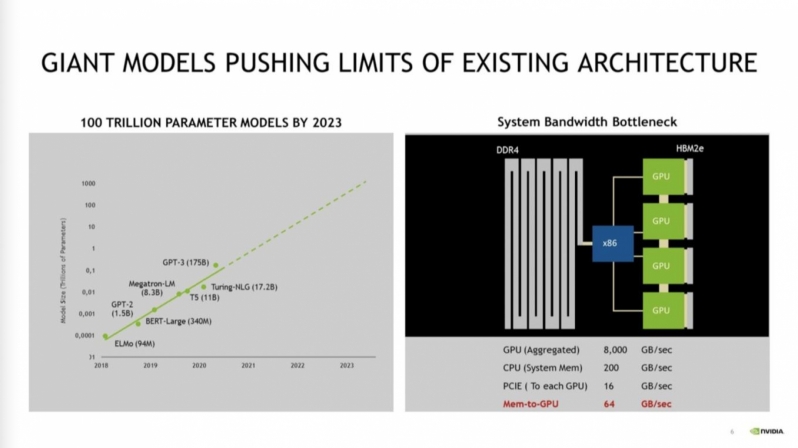 Nvidia's Grace processors will utilise LPDDR5x memory and NVLink. When compared to their x86-based GDX systems, Memory-to-GPU communications can be accelerated from 64GB/s to 2,000GB/s. That's a 31.25x increase in bandwidth, though it is worth noting that Nvidia's chart below uses four Grace processors while their x86 chart only uses one.

This level of improvement is possible because Nvidia designed their Grace processor specifically for their workloads, making it practically impossible for Intel or AMD to beat Nvidia in these use cases. 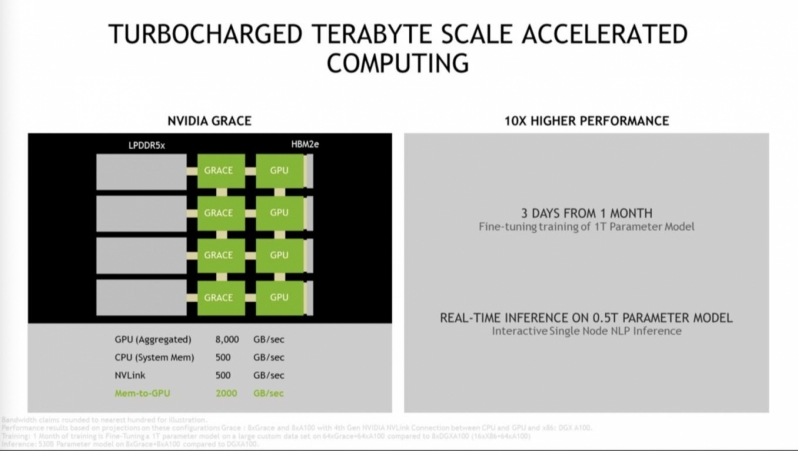 Nvidia has confirmed that the Swiss National Computing Center and the Los Alamos Laboratory are planning to use Nvidia's Grace processors within their next-generation supercomputers. 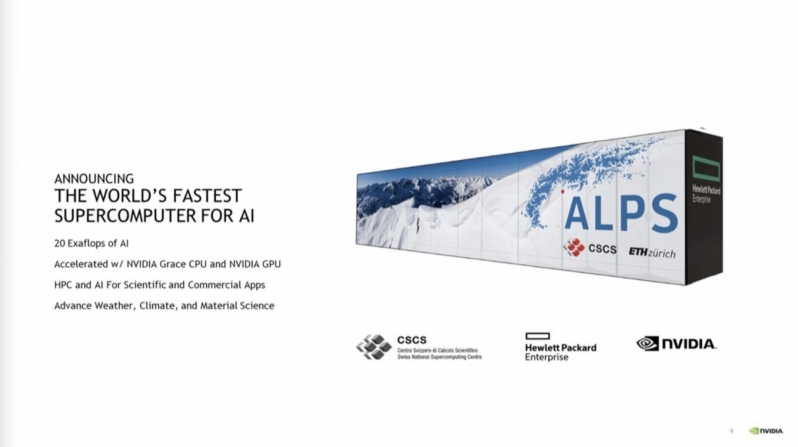 You can join the discussion on Nvidia's Grace CPU on the OC3D Forums.

looz
This is squarely a data center product, but I'd imagine this also means that they've got an ARM driver for their GPUs. Maybe this could eventually lead to a mainstream Linux ARM driver, as a complete guess they might have the most difficult problems solved by now.


Not that it would be useful in 2021 but could be a pretty fun system to experiment with.

NeverBackDown
I just hope they got a Linux GPU drivers working. Pretty much the only area AMD beats them on with software lolQuote

looz
Quote:
What's wrong with them? I've been running them for years, without issues. They're as solid as the Windows counter part. Recently returned to Linux again and after installing dkms, the upgrades are seamless.

Radeon drivers are open source but are less stable (especially for newer hardware) and also lack features (freesync, hdmi audio other than PCM for example).

Nvidia are stubborn for sure (most recent case being EGLstreams vs. GBM) but so much of their business is in the data center nowadays that they do take serious care about their drivers.Quote

tgrech
They do already have a public Linux ARM Display driver for use with Raspberry Pi and such.