Nvidia has confirmed that they are no longer attempting to acquire ARM Limited from Softbank Group Corp. Nvidia has stated that "significant regulatory challenges" have prevented Nvidia from acquiring ARM, and that ARM is not making preparations for an Initial Public Offering (IPO).

With the end of Nvidia's acquisition attempt, ARM will be allowed to keep $1.25 billion in pre-payments from Nvidia. This funding will be recorded as profit in their Q4 2021 earnings. Nvidia will retain its 20-year ARM license.

What follows is Nvidia's Press Release on their failed ARM acquisition. 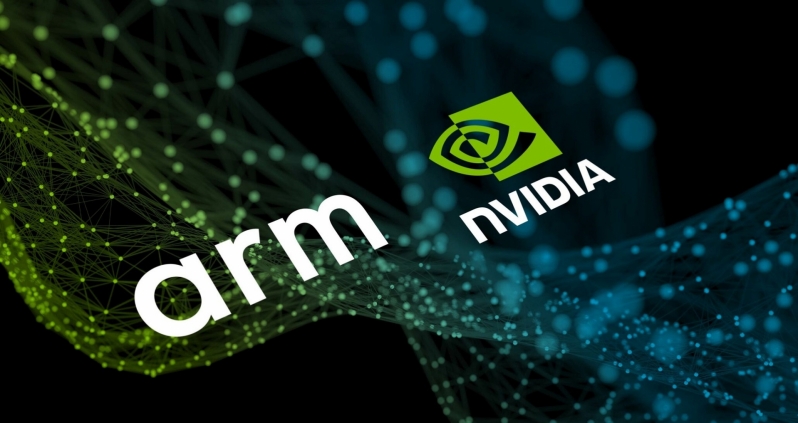 SANTA CLARA, Calif., and TOKYO – Feb. 7, 2022 – NVIDIA and SoftBank Group Corp. (“SBG” or “SoftBank”) today announced the termination of the previously announced transaction whereby NVIDIA would acquire Arm Limited (“Arm”) from SBG. The parties agreed to terminate the Agreement because of significant regulatory challenges preventing the consummation of the transaction, despite good faith efforts by the parties. Arm will now start preparations for a public offering.

“Arm has a bright future, and we’ll continue to support them as a proud licensee for decades to come,” said Jensen Huang, founder and chief executive officer of NVIDIA. “Arm is at the center of the important dynamics in computing. Though we won’t be one company, we will partner closely with Arm. The significant investments that Masa has made have positioned Arm to expand the reach of the Arm CPU beyond client computing to supercomputing, cloud, AI and robotics. I expect Arm to be the most important CPU architecture of the next decade.”

SBG today also announced that, in coordination with Arm, it will start preparations for a public offering of Arm within the fiscal year ending March 31, 2023. SBG believes Arm’s technology and intellectual property will continue to be at the center of mobile computing and the development of artificial intelligence.

“Arm is becoming a center of innovation not only in the mobile phone revolution, but also in cloud computing, automotive, the Internet of Things and the metaverse, and has entered its second growth phase,” said Masayoshi Son, Representative Director, Corporate Officer, Chairman & Chief Executive Officer of SoftBank Group Corp. “We will take this opportunity and start preparing to take Arm public, and to make even further progress.”

Mr. Son continued, “I want to thank Jensen and his talented team at NVIDIA for trying to bring together these two great companies and wish them all the success.”

NVIDIA and SBG had announced that they had entered into a definitive agreement, under which NVIDIA would acquire Arm from SoftBank, on September 13, 2020. In accordance with the terms of the agreement, SBG* will retain the $1.25 billion prepaid by NVIDIA, which will be recorded as profit in the fourth quarter, and NVIDIA will retain its 20-year Arm license.

You can join the discussion on Nvidia ending its planned acquisition of ARM on the OC3D Forums.

Kleptobot
I'm in two minds about this. On one hand I don't trust that nvidia would have honoured the business model of Arm. On the other hand I am concerned that Arm will be bought by someone even worse than Nvidia or worse yet carved up.

Kind of a "better the devil you know" situationQuote

KingNosser
tbh arm going to nvidia in my mind would have made it a more level playing field, both intel and amd have cpu and gpu divisions, but saying that it would have made them a monster and it's not as if they aren't already and for consumers or other company's that rely on arm it may well have been a the worst thing.

So i have mixed feelings really as much as arm would have thrived it may well killed off a lot for many using it longer term, like all takeovers they say one thing do another later.

Small example M$ buying acti blizz stating cod will stay on PS well all they have to do too avoid it is not make cod any longer, generally i doubt it'd happen straight away but i doubt M$ is buying them out of the goodness they have.

So Nvidia whatever they may have stated or said we all know it can change over time, but as much as Jensen wants a cpu side of things he'll just have to wait longer

Warchild
Quote:
Providing that ARM can continue to stay afloat, as from my understanding they are in somewhat dire straits right now.Quote

NeverBackDown
Quote:
Then the government should aid them considering they fought so hard to keep them independent.Quote
Reply