NZXT's getting ready for Comet Lake

If these new renders at to be believed, it looks like NZXT is preparing to release new Intel Comet Lake compatible Z490 motherboards, offering users a refined design over their existing H7 Z390 offerings while delivering the same clean aesthetic as before.

So far, NZXT has not created their motherboards in-house, relying instead on OEMs like ECS to bring their designs into fruition. This outsourced manufacturing can place NZXT at a disadvantage in some respects, as they have less control over their designs as manufacturers like ASUS, Gigabyte and MSI, but it also allows NZXT to enter the motherboard market without insane R&D costs.

Based on the images leaked by @momomo_us on Twitter, we can see that NZXT's alleged N7 Z490 motherboard design features a 12-phase VRM, an 8+4-pin EPS power configuration, a built-in Wi-Fi card (presumably an Intel AX201 WLAN card) and support for two M.2-2280 devices.

NZXT's N7 Z490 will ship with Black and White options at launch, though other colour options will likely become available in time, either in the form of upgrade kits on in the form of special or limited edition shroud designs.

At this time, no pricing information has been released for this new motherboard design from NZXT. We expect NZXT to announce its N7 Z490 series of motherboards over the coming weeks. 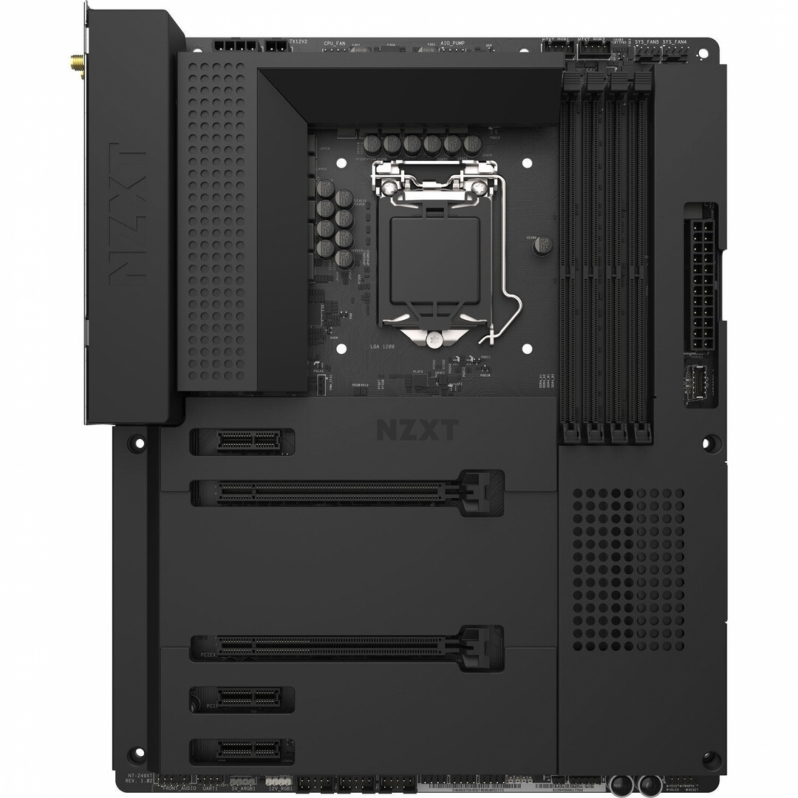 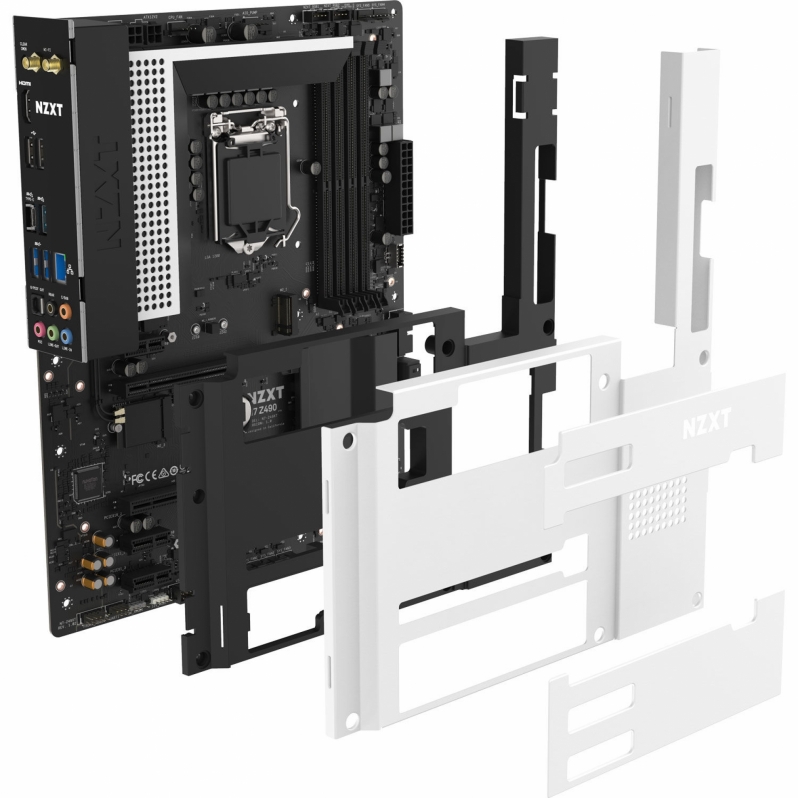 You can join the discussion on NZXT's upcoming N7 Z490 motherboard on the OC3D Forums.