An AMD 64-core Ryzen Threadripper PRO 5995WX has been pushed to 5.15GHz on all cores

As spotted by Videocardz, the Taiwanese overclocker TSAIK has managed to push AMD's 64-core Ryzen Threadripper PRO 5995WX to 5.15 GHz on all cores, allowing the overclocker to achieve world record performance in Cinebench R23. This overclock was achieved on an MSI WRX80 series workstation motherboard using Corsair DDR4 memory modules.

Previously, the Cinebench R23 overclocking record was held by Splave, who used a overclocked Ryzen Threadripper 3990X to achieve a score of 105170 points. TSAIK's new record for Cinebench R23 is 116142 point, which is over 10% higher than the previous record. TSAIK hasn't just achieved a new Cinebench R23 world record, TSAIK smashed the prior world record by a significant margin. 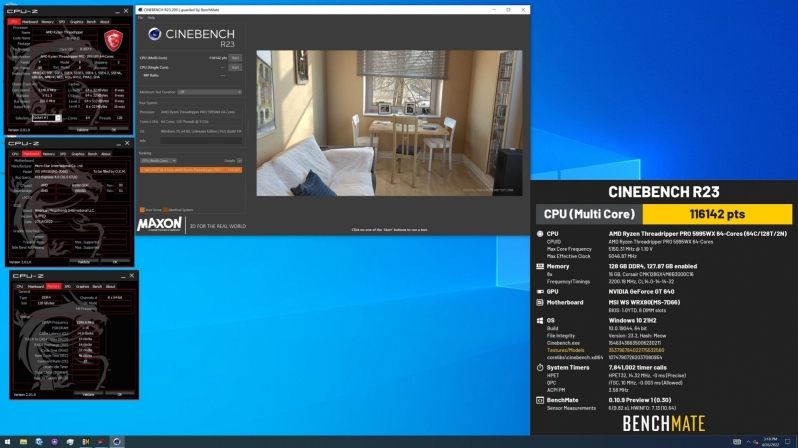 TSAIK's new world record will likely stand until the launch of new workstation grade processors with higher core counts, or a new core architecture. It is possible that other Ryzen Threadripper PRO 5995X CPUs may be used to achieve marginally higher scores, but we do not expect to see these scores surpassed by any significant margin until the launch of Zen 4 Threadripper processors from AMD or the release of new HEDT processors from Intel.

You can join the discussion on AMD's Ryzen Threadripper 5995WX smashing the Cinebench R23 world record on the OC3D Forums. 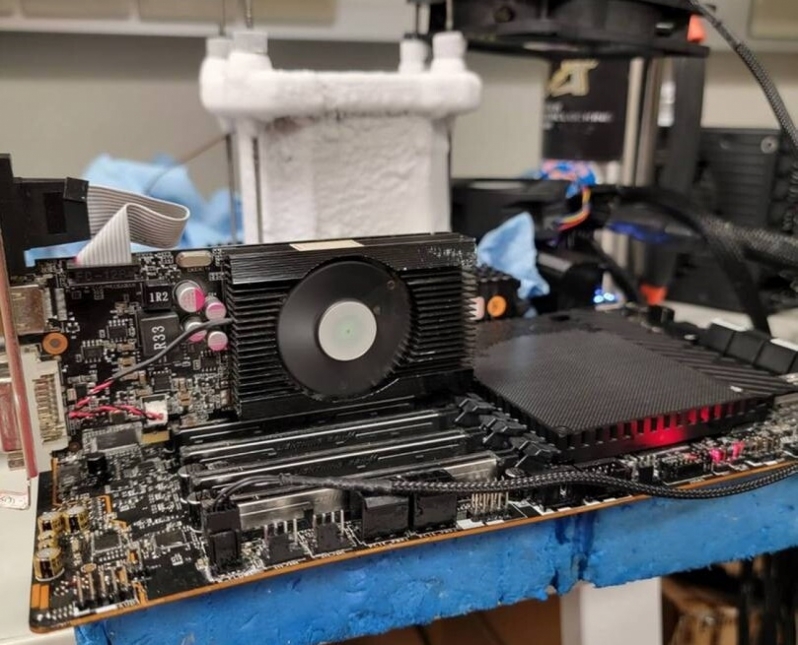