Skatterbench, the extreme overclocker, has achieved something extraordinary. Not only can he now boast a Cinebench R23 score of over 100,000, but he has done so using an unreleased Ryzen Threadripper (not Threadripper PRO) 5000 series processor.

Using his expert knowledge of Ryzen CPU overclocking, Skatterbench push his non-Pro Threadripper 5990X processor cores to peak clock speeds of 4.82GHz. While that may not seem overly impressive, it is worth remembering that he is using a 64 core processor, delivering average core frequencies of above 4.2GHz across a variety of benchmarks. In 3DMARK's CPU test, an average core clock speed of 4.7GHz was achieved.

Skatterbench's results have not only resulted in staggering CPU performance levels, they have also proven that AMD could release Ryzen 5000 series processors for their TRX40 motherboards. If Skatterbench's ASUS ROG Zenith II Extreme Alpha motherboard can handle it, why can't others. 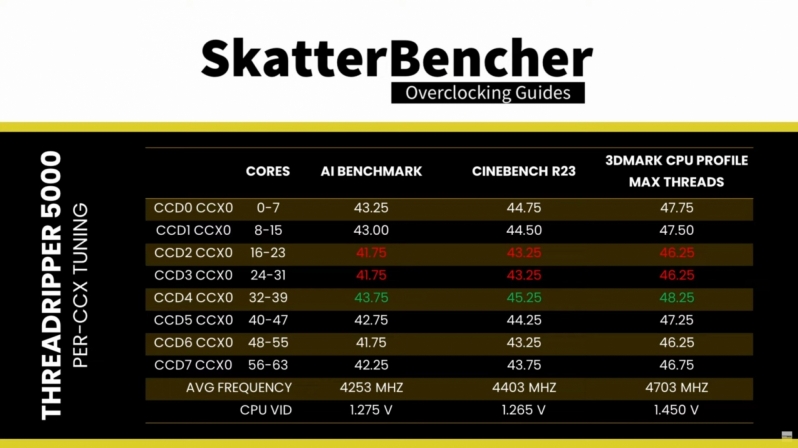 In Cinebench R234, Skatterbench achieved a score of 100,191 points, an insane result that that saw the 64 cores of his unreleased Ryzen processor run at an average core clock speed of 4.4GHz. During this benchmark run, Skatterbench's processor reportedly consumed 691 watts of power, which doesn't seem too crazy given the number of cores this CPU is powering. This CPU is effectively four Ryzen 9 5950X processors combined after all. 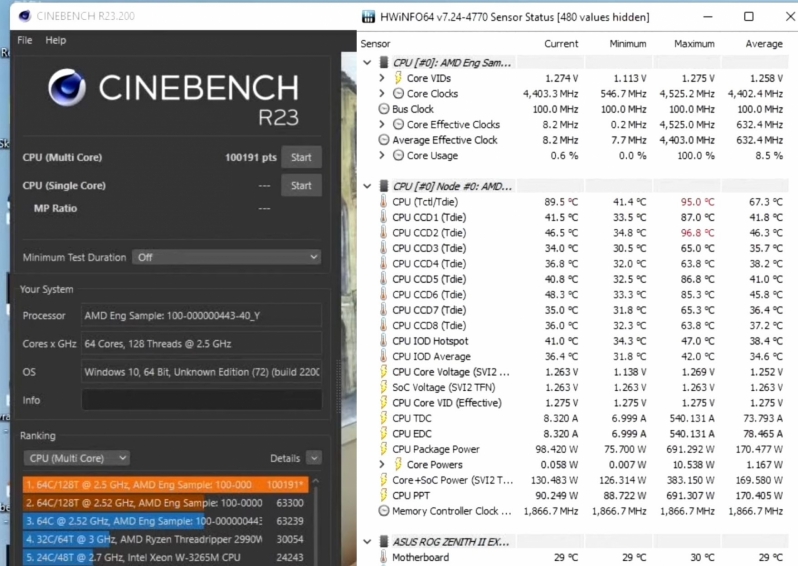 With certain Threadripper WRX80 series motherboards, AMD's pro-grade Ryzen 5000 Threadripper PRO series processors can also be overclocked. Even so, that doesn't diminish Shatterbench's achievement here. Not only had he pushed his Threadripper processors to its limits, but he has also highlighted what TRX40 motherboard users could be missing out on, as AMD appears to have no plans to release Ryzen 5000 series (Zen 3) CPUs for their Threadripper non-Pro users.

Below is a video which showcases Skatterbench's overclocking journey in full.

You can join the discussion on Skatterbench pushing a Zen 3 Threadripper non-PRO processor to its limits on the OC3D Forums.