How High with Ryzen 2 clock?

AMD's Ryzen series of processors launch a year ago, transforming the CPU market by delivering PC builders a lot of value for money. The release of Ryzen prompted Intel to decrease the cost of their CPUs significantly when compared to their previous generations, so much so that they shipped their 8700K at the same price as their 7700K with a 50% increase in core/thread count, less than a year after the 7700K launched.

Now a new CPU called the AMD Ryzen 7 2700X has been spotted, with a base clock speed of 3700MHz and a maximum boost clock speed of 4.2GHz, surpassing AMD's ist generation Ryzen 1800X flagship, nevermind the Ryzen 7 1700X that it replaces. 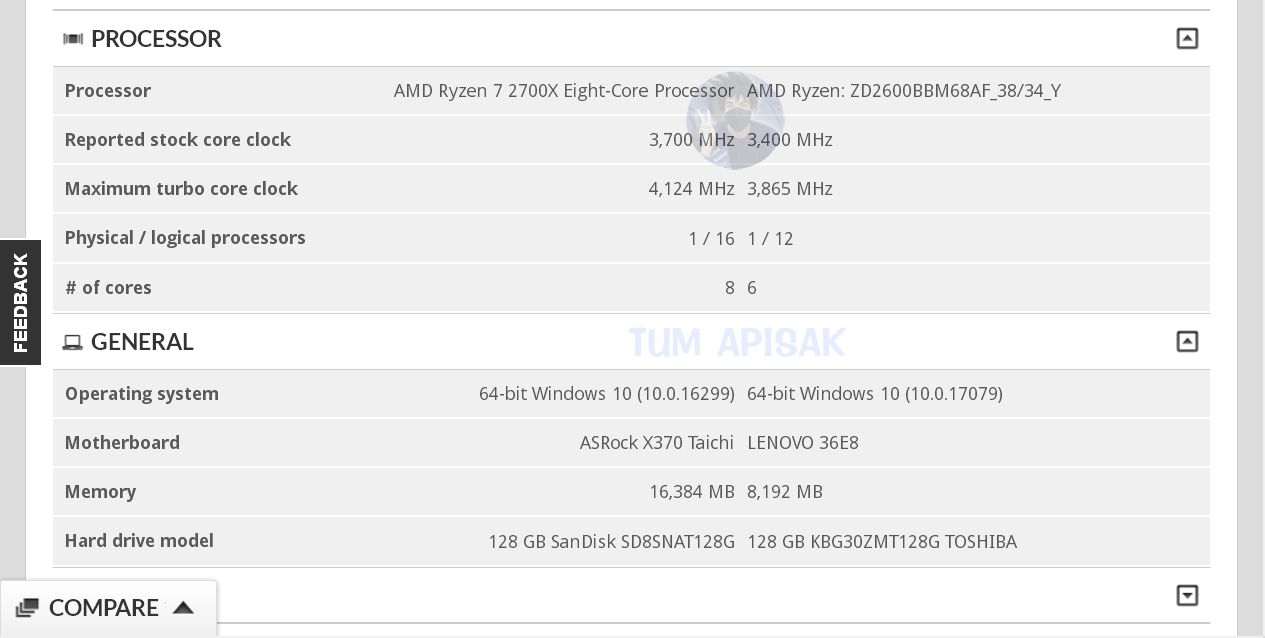 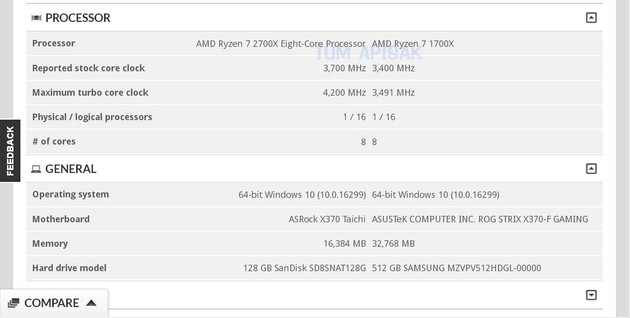 While Ryzen Second Generation CPUs will still offer the same basic Zen core design, it is likely that AMD has made some minor design tweaks to provide a few minor performance enhancements, utilising the same cache latency reductions as Raven Ridge while also offering support for higher speed DDR4 memory. There is also a chance that AMD has reduced the inter-CCX latencies of Ryzen 2nd generation products, though this is just speculation.

You can join the discussion on AMD's Ryzen 2700X CPU on the OC3D Forums.

Ando
This is a great improvement, very, very impressive!Quote

Dicehunter
I hope the single threaded performance is better and closer to an 8700K than Ryzen 1st gen is.Quote

AngryGoldfish
Quote:
It's really only a refresh though. It'll definitely be closer to the 8700K, but if its max single core turbo speed is still 'only' 4.3Ghz, it'll be a good distance behind the 8700K. The 8700K can turbo up to 4.6Ghz with some motherboards, right? And has superior single core performance from other areas of the architecture as well. With the overclocking headroom left over that some are able to push to 5Ghz, the 8700K will continue be the gaming king. And I reckon Intel will keep that mantle for many years. Maybe Zen 3 will see AMD compete core-for-core. If Intel did nothing for the next two years then Zen 2 might stand a chance, but I don't think they're going to do that, not now, not any more.Quote

NeverBackDown
It's the second revision. Not a refresh. There will be architectural improvements. A refresh would just be increased clockspeed.Quote

AngryGoldfish
Quote:
I thought Ryzen 2 was just going to offer a higher clock speed on a new manufacturing process?Quote
Reply