Remember when almost nobody used AMD CPUs for gaming?

According to Valve's latest Steam Hardware Survey data, AMD processors have now achieved 30% market share on Steam. This is the highest level of market share that AMD has achieved since the introduction of Ryzen in 2017 and a clear sign that AMD has gained market share amongst gamers.

Back in May 2018, AMD's CPU market share was 15.98% on Steam's hardware survey, highlighting how many gamers have adopted AMD's processors in recent years. Since this date, Windows 10's market share has also exploded from 53.10% to 96.16%. Windows 10 is now the world's dominant gaming OS.

GPU-wise, AMD's gains are minimal, rising from 14.89% in May 2018 to 16.18% in June 2021. Nvidia's market share has remained consistent at slightly over 75%, highlighting how dominant Nvidia is in today's graphics card market.

It is worth remembering that Valve's Steam Hardware Survey numbers account for systems that are currently being used on Steam. This value is comprised of both old and new gaming systems, which means that more new gaming systems are being built using AMD-based processors. That's a big deal for AMD, as PC gaming is a critical part of the DIY PC market. 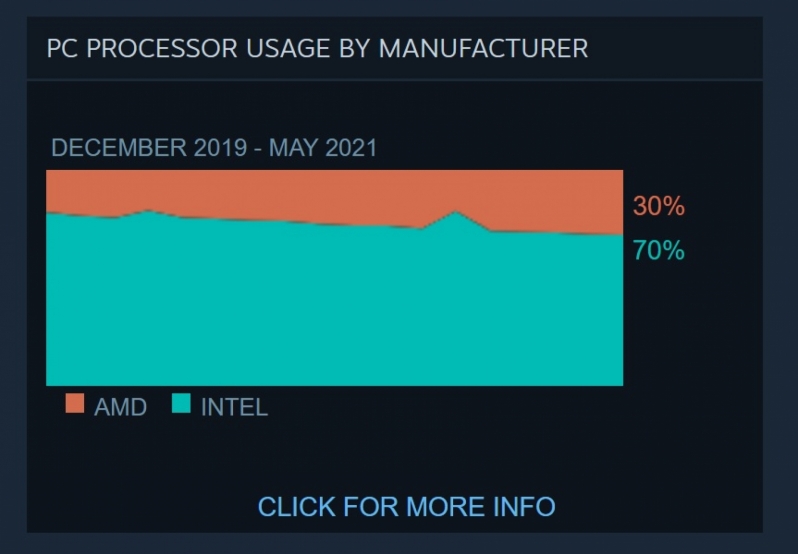 While it is not the best measurement of market share, Steam's hardware survey is a great way to showcase hardware trends. AMD's increased market share should act as a solid confirmation that AMD has won over gamers to their side, and unless Intel can bring some solid products to the market soon, we can expect AMD's market share to increase further.

You can join the discussion on AMD's rising market share amongst gamers on the OC3D Forums. 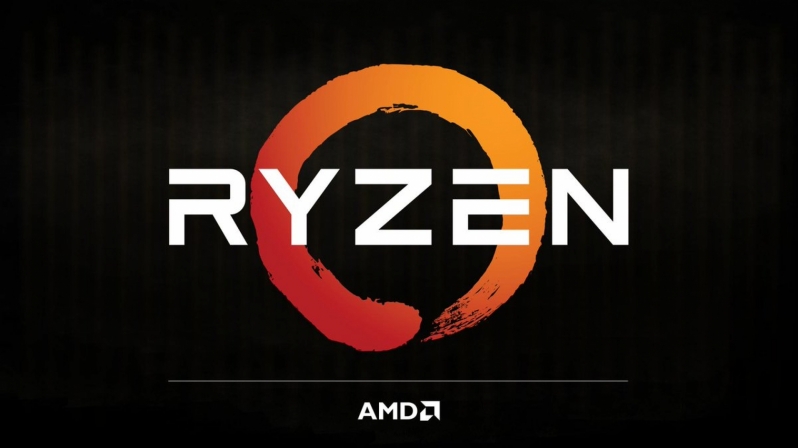 looz
Could be even more if they hadn't immediately abandoned budget segment after gaining the performance crown.Quote

AngryGoldfish
Quote:
With the mass shortage of silicon, I think it's almost wise that they did this because otherwise they wouldn't be able to keep up with the demand. Imagine how popular a 5800 non-X would be or a 5900. Everybody would be buying them, and then nobody would be able to buy them.

MacLeod
AMD has always been my CPU of choice mainly for sentimental reasons. When I first got into this thing of ours back in 2008 and was broke, AMD was giving me unlocked CPU's and quad core CPU's for under $100. Been with them ever since and am glad to see them finally getting some market share. I still have them too, including my AMD X2 7750, the unlocked dual core that I managed to overclock to 3.2 I think lol.....ah those were the days.Quote

looz
Quote:
I know, and the lack of such a product underlines the fact that they're all corporations with similar goals. None will make a "charity" product to benefit the gamers. Intel, AMD and Nvidia will squeeze every last dollar from their product stack.


And I am fine with that, that's how the world goes round - but the kind underdog rep AMD seems to have is fairly misleading.Quote

AngryGoldfish
Quote:
Yeah, I watched a video by, I think, JayzTwoCents yesterday. He said that other companies should be mimicking AMD and how pro-consumer they are. I thought to myself, 'I'm a bit naïve at times, but that's even more so.' I don't think AMD want to be the underdog, not forever. They'll only be the underdog for as long as it's financially for their benefit. Just as Intel stopped innovating because they were not financially obligated to.Quote
Reply