Scan starts this week with a swarm of AMD Ryzen deals

Want to upgrade your AM4 system? Now's a good time

Is now the time to invest in a new Ryzen CPU?

AMD's AM4 socket is incredible. It's long lifespan now allows owners of their original Ryzen CPUs/motherboards (which launched in 2017) to support new CPU models that were launched in 2022. Original Ryzen owners can immediately upgrade to AMD's latest V-cache enhanced Zen 3 flagship processor, bypassing Zen+, Zen 2, and Zen 3 (without V-cache). That's an insane upgrade path, especially when compared to anything that Intel currently offers.

While AMD's AM4 socket is reaching the end of its lifespan, it remains a solid platform for PC builders. Motherboards can be purchased cheaply, both within the new and used PC components markets, and AMD's latest Ryzen processors are now available at great prices.

Scan UK has reduced the price of most of their Ryzen 4000/5000 series processors, giving PC builders a great opportunity to get a new Ryzen CPU at a great price. Even AMD's flagship Ryzen 5800X3D gaming processor is discounted, one of the best gaming CPUs available today.

AMD's high-end and low-end Ryzen lineup is discounted, presenting users of older Ryzen CPUs with an excellent upgrade path. Most AM4 motherboards can be updated to support these processors, allowing PC builders to upgrade to AMD's newest processors (Zen 4 is not due until later this year) without changing their motherboard or DRAM. While it may be tempting to wait for Zen 4, doing so will require you to buy a new CPU, motherboard, and DDR5 DRAM, all of which will be expensive at launch. 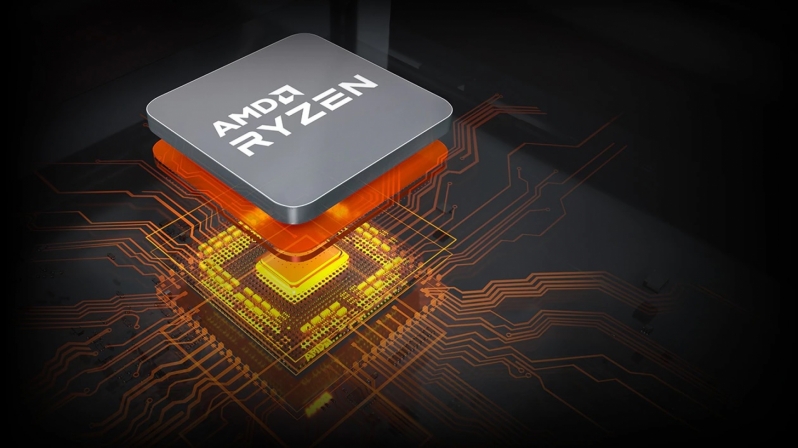 An obvious highlight from the list above is AMD's Ryzen 7 5700X, which is now available for £232.99. It wasn't long ago that this was the price of AMD's Ryzen 5 5600X, and the Ryzen 7 5700X offers users two more cores and higher core clock speeds. This is an especially good upgrade for users of older AM4 motherboards, as moving from Zen or Zen+ to Zen 3 will result in huge performance gains, especially in gaming workloads.

AMD's Ryzen 5600 is also a great processor, with its 35MB of combined L2/L3 cache making this CPU ideal for gaming workloads. Again, this CPU is a great upgrade option for users of older Zen platforms, especially form a value for money perspective.

At the top of AMD's gaming lineup is their Ryzen 7 5800X3D, which is an excellent gaming processor. The CPU's huge cache size makes it the best gaming processors that's available today for many titles, and its support for older motherboards makes it a great value choice for existing AMD Ryzen users.

You can join the discussion on Scan's latest Ryzen CPU deals on the OC3D Forums.