The future of Intel revealed? What Intel's rumoured acquisition SiFive means for the industry

Does Intel want to fly the RISC-V banner alongside x86?

The future of Intel revealed? What Intel's rumoured acquisition SiFive means for the industry

Intel is reported to be one of the parties interested in SiFive, placing a bid of over $2 billion to acquire the company. Such an acquisition will grant Intel access to strong IP for both the x86 and RISC-V ISAs, a factor that could be instrumental to the company's future as a silicon fabricator and CPU maker.

What is an ISA?

To put things into the simplest terms, an Instruction Set Architecture (ISA) is an abstraction model that allows software and hardware to work together. An ISA defines what a processor can do, and from there, it is up to software makers to get processors to do what they want using those parameters.

The world's most popular ISAs are x86 and ARM. x86 is primarily used by AMD and Intel to create desktop, laptop, and server processors, while ARM is most commonly used for mobile devices such as smartphones, tablets. In recent years, the ARM ISA has been making headways into the laptop market and the server market. Examples of this include Apple's M1 processor and Amazon's Graviton server processors.

Why the interest in RISC-V?

Nvidia is currently in the process of acquiring ARM, a company whose ISA became popular due to its neutrality and the company's ability to create power-efficient designs/IP for mobile processors. This is what allowed ARM's popularity to skyrocket during the smartphone revolution, which is why practically all smartphones use ARM CPUs.

If Nvidia completes its acquisition of ARM, ARM's neutrality will no longer be guaranteed. Nvidia is currently an ARM licensee/customer, and ARM licensees fear that ARM's technology and IP will benefit Nvidia first and other licensees second. The industry's trust in ARM is being shaken, and ARM licensees are exploring options outside of ARM for their future processors. Enter RISC-V.

Nvidia's ARM acquisition is what RISC-V needed to garner widespread interest, making SiFive, a company that specialises in RISC-V and its IP, a prime candidate for acquisition by existing silicon giants. Should the industry's fears of an ARM/Nvidia merger materialise, RISC-V could become the ISA of choice for custom processors. 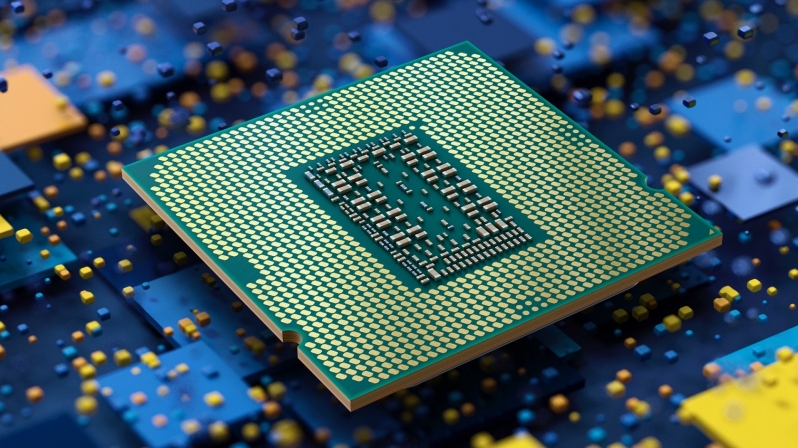 Why would Intel want to buy RISC-V IP?

Intel is in a transitional period, with the company hopes to pivot from being a pure CPU manufacturer to become a major silicon fabricator and IP licenser.

In recent months, Intel announced their IDM (Integrated Device Manufacturing) 2.0 strategy, where the company plans to open up its fabs to external use under the "Intel Foundry Services" (IFS) banner.

Intel has already confirmed that IFS will be offering users "a world-class IP portfolio for customers, including x86 cores as well as ARM and RISC-V ecosystem IPs." Notice that RISC-V is already on that list!

SiFive is already an Intel Foundry Services partner, which means that Intel will be manufacturing future SiFive processor designs. If Bloomberg's reporting is correct, Intel want's a deeper relationship than that. Should Intel acquire SiFive, Intel will have secured some juicy RISC-V IP and the talent behind it.

Intel sees a potential future where they can offer their customers IP/core designs for the x86 and RISC-V ISAs while also offering optimised manufacturing capabilities. This would effectively make Intel a company that offers the same products as TSMC and ARM under one roof, a powerful combination.

While Intel will continue producing its own products, the industry has moved to prefer customised silicon for specific markets. This is why Apple, Amazon and Google have all designed their own processors, as custom CPUs can be catered to specific applications and optimised with software to deliver amazing results. Intel's current product offerings are general purpose in nature, placing Intel's products at a disadvantage compared to application optimised designs.

With IDM 2.0, Intel wants to allow customers to create custom processors with their IP, allowing the company to capitalise on these changes to the CPU market. Customers will be able to create processors using Intel IP and manufacture them inside Intel's fabs. If Intel can't sell you its processors directly, they want to sell you its IP and time inside its manufacturing facilities. They want to fulfil the roles of both ARM and TSMC.

You can join the discussion on Intel's potential acquisition of RISC-V on the OC3D Forums.