Ready to see the next generation of Ryzen processors?

At 11 AM CT/5 PM BST/6 PM CEST, AMD plans to reveal their Ryzen 5000 series of desktop processors, the first products to utilise the company's Zen 3 architecture.

AMD's Zen architecture was a gamechanger, injecting some much-needed competition into the x86 CPU market by giving Intel some viable competition. Since then, PC purchasers have been able to get a lot more value for money every year, seeing core counts and performance levels rise to previously unheard of levels.

Later today, AMD's CEO, Lisa Su, and other executive plans to showcase the company's Zen 3 architecture to the world, highlighting the architecture's enhanced performance in gaming and content creation workloads.

So far, AMD's marketing efforts for Zen 3 have been focused on two things, Gaming and Content Creation. AMD has teased that they have "big things on the horizon for PC gaming," that they will be "taking its PC gaming and content creation leadership to new heights," and that "AMD Ryzen is a complete package of performance and technology leadership".

Every new generation of Zen processors has delivered enhancements which benefit gamers, from the clock speed enhancements and lowered cache latencies of Zen+, to the IPC, clock speed and cache structure improvements of Zen 2. AMD's Zen 3 architecture will deliver their Ryzen brand another leap in gaming performance, and AMD is confident that their latest architecture will be a big deal for the PC gaming market.

AMD has called its Zen 3 architecture "groundbreaking". The architecture id is due to focus on increasing single-threaded performance and lowering internal latencies. These changes will allow AMD's newest Zen designs more responsive and faster in all applications. Not all programs benefit from higher core counts, but all programs benefit from increased single-threaded performance.

You can watch AMD's "Where Gaming Begins" stream below.

You can join the discussion on AMD's Ryzen 5000/Zen 3 reveal on the OC3D Forums. 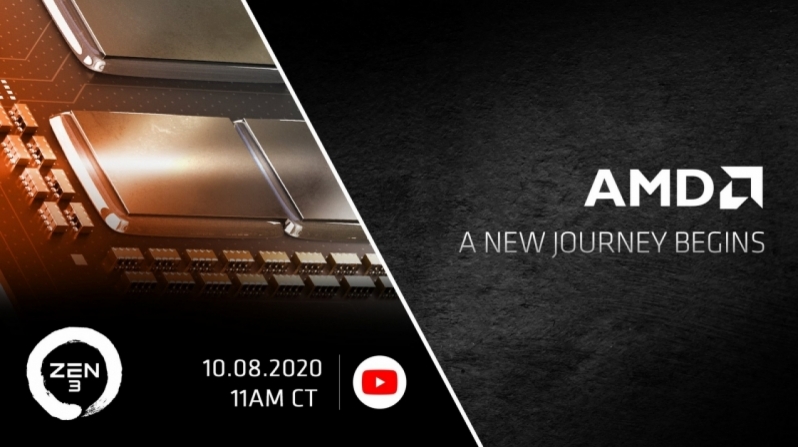 Late dinner for me then

I take that as not by chance, good stuff