What you need to know about AMD's Zen 4 EPYC, Genoa, Bergamo, and 5nm plans

AMD's diversifying the x86 market with its 5nm Zen 4 offerings

AMD's Zen 4 disclosures at their Accelerated Date Center event are big. Not only has AMD their planned core counts for Zen 4, but they have also revealed a major alteration to their x86 CPU roadmap, set expectations for 5nm, and confirmed a lot of previously leaked information about their 4th generation EPYC CPU platform.

For starters, AMD has revealed that their Zen 4 product line will support DDR5 memory, PCIe 5.0 connectivity (with CXL compatibility), and support up to 96 cores in their all-purpose Genoa CPU lineup. What's more interesting is that AMD isn't just offering their customers all-purpose CPUs with Zen 4.

Instead of just offering general-purpose CPUs, AMD's diversifying its product stack to offer their customers CPUs that are best suited to their workloads. We will go into this change in more detail deeper into this article. 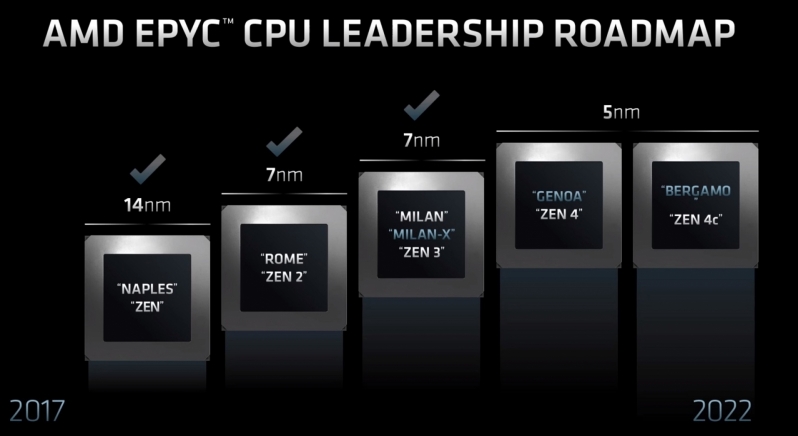 Genoa - The Next-Generation of All-Purpose EPYC

Genoa is AMD's general-purpose CPU platform for Zen 4, giving their customers everything they need for a broad variety of workloads. With Genoa, AMD plans to offer their customers up to 96 cores (a 50% increase over Zen 3/Milan) and support for the latest DRAM and PCIe connectivity technologies.

Not only will Genoa offer AMD's customers more cores, but it will also offer them higher performing Zen 4 cores. Sadly, AMD did not talk about Zen 4 in detail, but we know that Genoa will support PCIe 5.0, DDR5 memory and offer users "enhanced security features".

AMD has claimed that they are now sampling Zen 4 Genoa processors to customers and that the company is on track for production and launch in 2022.

With Genoa, AMD is promising per-socket and per-core performance leadership, which are big claims to make in today's market. 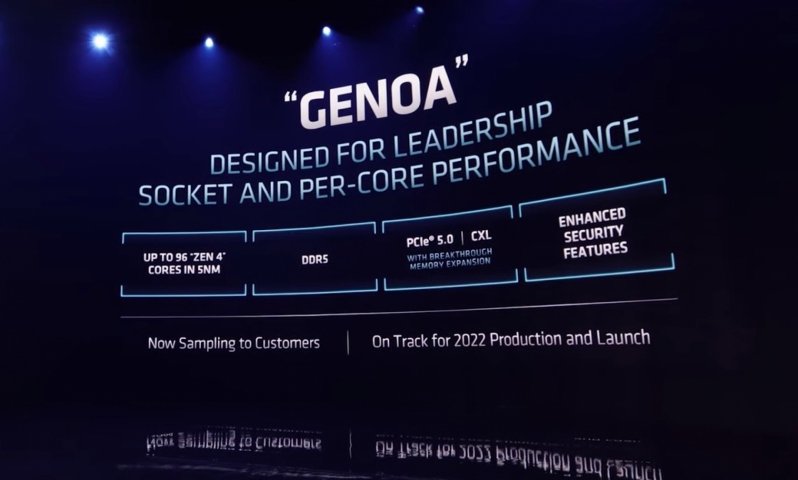 An all-purpose processor cannot be the best at everything. The phrase "a jack of all trades, but a master of none" comes to mind. With Bergamo, AMD's utilising a new CPU core design called Zen 4c, an offshoot of Zen 4 that's optimised for specific workloads.

With Zen 4c, AMD's using a density optimised cache hierarchy and has altered the design of their Zen 4 cores to improve their power efficiency significantly. This CPU design is optimised for cloud computing and can offer per-socket core counts of up to 128 cores.

AMD has stated that Zen 4c uses the same ISA as Zen 4 and is fully software compatible with Zen 4. The only difference is its density optimised design, altered cache-hierarchy and other cloud-focused optimisations. In effect, AMD is saving die space by restructuring Zen 4's cache structure (and other areas that do not matter for cloud computing) and have used it to add more CPU cores/threads. To put it another way, AMD has removed parts of Zen 4 that did not matter for AMD's target workload and used that space for more useful additions (like more cores).

With Zen 4c, AMD's altering their core designs to suit the needs of customers better, understanding that general-purpose compute isn't ideal for all situations and that optimised designs can deliver customers more performance and higher levels of power efficiency.

The additional development costs that AMD will have incurred by creating Bergamo in addition to Genoa will be substantial, highlighting how beneficial AMD believes their diversification plans to be. 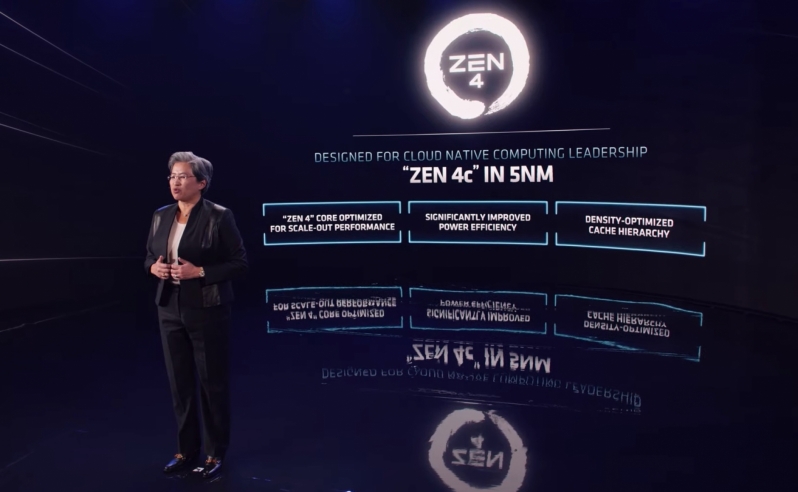 With 5nm, AMD's highlights some major benefits for their future HPC chip designs. AMD has claimed that 5nm can enable a 2x increase in chip density, a 2x boost to power efficiency and and ">1.25x" silicon performance.

This data from AMD discusses the potential of 5nm, not the performance or efficiency levels of AMD's 5nm products. Even so, these are big claims for 5nm and highlights how much of a performance leap the market should expect from AMD's Zen 5 product designs. If these are the gains that 5nm offers, how much larger will these gains be when combined with new and improved CPU architectures? 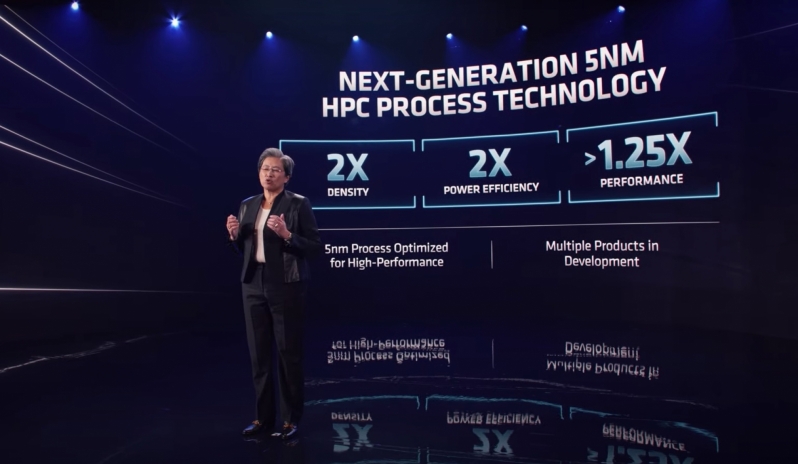 We expect AMD to reveal more about their Zen 4 EPYC processors over the coming months. Today's reveals are just a taster of what Zen 4 will offer in the datacenter market, and we look forward to hearing more as AMD's 2022 launch approaches.

You can join the discussion on AMD's Zen 4 EPYC processors and 5nm lithography plans on the OC3D Forums.

NeverBackDown
I'm guessing the restructured cache hierarchy is because of V cache?Quote
Reply