AMD's next-generation products are 'on track'

2021 has been an explosive year for AMD, cementing for the company growth across all areas of its business and success within all areas of the PC market. Right now, AMD can sell seemingly every piece of silicon that it produces, but that doesn't mean that AMD can rest on its laurels. If AMD wants to maintain its momentum, AMD's products need to continue to improve.

During the company's Q2 2021 earnings call, AMD's CEO, Lisa Su, confirmed that the company's next-generation Zen 4 processors and RDNA 3 graphics cards are on track to launch in 2022. Su also noted that AMD's investments in 3D chipmaking technologies should allow the company to "continue growing faster than the market.

Below is what Lisa Su had to say during AMD's Q2 2021 earnings call (transcript via Seeking Alpha);

Our engineering teams are aggressively driving our product and technology roadmaps to continue setting the pace of innovation for high performance computing. We remain on track to launch next generation products in 2022, including our Zen 4 processors built with industry leading 5 nanometer process technology and our RDNA 3 GPUs.

We also recently demonstrated the next major advance in our triplet strategy with our differentiated 3D dissecting technology that enables significantly denser and more efficient connections between stack chips. Based on the strength of our long-term roadmap and the deep partnerships we have established, we expect to continue growing significantly faster than the market.

In summary, we're making great progress towards our ambitious goal of establishing AMD as a high performance computing leader and the best-in-class growth franchise.

AMD has reconfirmed that their Zen 4 processors will be based on a 5nm process technology, a factor that places AMD ahead of Intel. Intel expects to release Alder Lake using its Intel 7 process technology later this year, and the company's first Intel 5 (5nm equivalent) processor is unlikely to release before 2023. Furthermore, AMD is due to release high-end processors that leverage 3D chip stacking technologies in high volumes long before Intel, thanks to their V-Cache enhanced Zen 3 products.

With RDNA 3, AMD has an opportunity to push further into the high-end GPU market and strengthen their Radeon product lines with new architectural enhancements and design features. Rumour has it that AMD's high-end RDNA 3 products will feature a multi-chip design, potentially delivering staggering performance boosts to the high-end Radeon lineup. AMD has not commented on its plans for RDNA 3, which means that nothing is known about the architecture with absolute certainty.

Right now, AMD has a proven track record of strong execution with its Zen and RDNA architectures, and there is little reason to doubt that AMD cannot continue this success with RDNA 3 and Zen 4. That said, Intel and Nvidia will have strong products to counter AMD's continued advancement, a factor that will make the next few years incredibly interesting for the CPU and GPU markets. 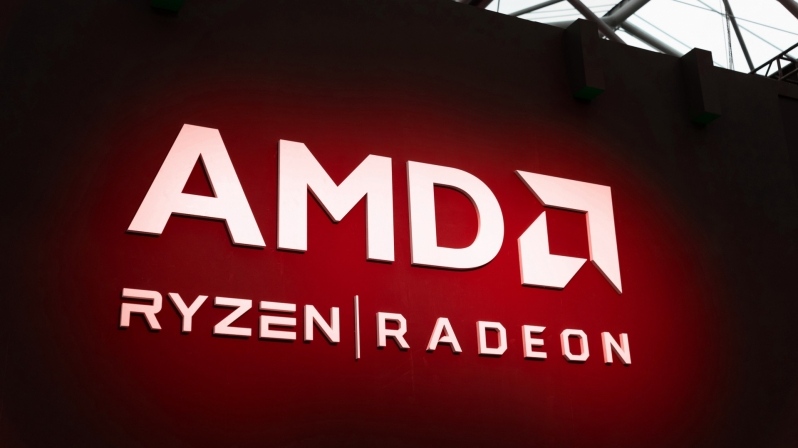 When should we expect Zen 4 CPUs and RDNA 3 GPUs? The short answer is 2022, though it is probable that AMD won't be releasing these new products until the second half of 2022, if not its final quarter.

You can join the discussion on AMD's Zen 4 and RDNA 3 products on the OC3D Forums.

Dicehunter
Hopefully we'll actually be able to buy RDNA3 GPU's for near MSRP.Quote

NeverBackDown
Quote:
Shortage will last through the year and likely into the next. Doubt they will have enough to fulfill demandQuote

AngryGoldfish
Yeah, I can't imagine them being able to fulfil the demand. Not only are AMD a major brand again and competitive but there's such a backlog of gamers wanting new hardware that there's no way AMD will be able to fulfil all that demand. I don't necessarily think it'll be as bad as it is now, but I do think it'll be very difficult to get a hold of these at decent prices. I can also imagine AMD trying to charge higher amounts for these than RDNA2.Quote

WYP
Quote:
Once TSMC starts spinning up more of its 5nm fabs and producers start moving to those nodes for mobile things will be less tight for 7nm. There is a reason why AMD is expecting its supply situation to improve over the next two quarters.

Right now AMD is producing current-gen and last-gen stuff on 7nm, and that is making things difficult. For next-gen AMD will be using new nodes for new hardware and old nodes to continue supplying old hardware. That will make things a lot easier.

TSMC also made a lot of investments to up 5nm production a few years back, which will start bearing fruit in 2022. That said, those investments did not anticipate COVID and its impact on the market.

I think things will get better next year, but TBH a lot of things need to get sorted before pricing can return to normal. Between shipping, component costs and even cardboard costs, everything is more difficult than it was.Quote
Reply