8K TVs are not appealing to consumers and sales are declining

Premium 4K TVs are winning out against 8K models

8K is the next big step for the TV market, offering users a 4x resolution boost over today's 4K screens. That's the same resolution boost as 4K offers over 1080p, or to put it another way, 8K TV have 16x as many pixels as a 1080p screen.

The market research firm Omdia has lowered its forecast for 8K TV shipments, stating that consumers are "sceptical" of the benefits of 8K and that a lack of 8K content and poor marketing has lead to 8K sales declining at the end of 2021. Omdia now expects only 2.7 million households to own an 8K TV by late 2026. Back in late 2021, the group thought that 9 million households would have 8K TVs by 2025.

So why has 8K failed?

One of the primary reasons why 8K has failed is due to a lack of content. Streaming services have not revealed plans to support 8K streams, the latest gaming consoles are primarily focusing on 4K, and advertising for "upscaling" features from TV manufacturers have not proved to be appealing to customers. On top of this, there appears to be no plans to create 8K disc-based media at this time. There is a simple lack of native 8K content to play on 8K TVs.

Right now, 8K TVs are losing out to their premium 4K rivals. Premium 4K TVs offer 120Hz refresh rates and VRR to gamers, and OLED display panels are more commonly available on 4K displays. TV manufacturers appear to be focusing more on their premium 4K TVs, making them better buys for many users.

In Q4 2021, 8K TV shipments were lower than Q4 2020 and Q1 2021. In 2021, Samsung reportedly shipped 18% fewer TVs than they did the year before. There is little demand for 8K content and few nations are investing in the delivery of 8K content. Right now, manufacturers are working to lower the pricing of their premium 4K technologies, not to incentivise the adoption of higher resolution display panels. The market wants cheaper displays, not higher resolution screens. 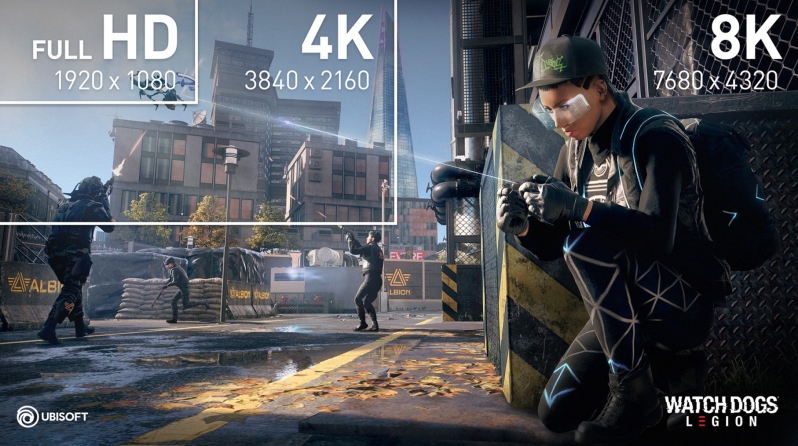 Within the PC market we have already seen manufacturers start to push 8K resolutions heavily within their marketing. That company is Nvidia. With their DLSS AI image upscaling technology, Nvidia's latest high-end graphics cards can make 8K gaming possible with modern AAA games.

With their next-generation RTX 40 series graphics cards, we expect Nvidia to further push the 8K capabilities of their latest hardware. That said, while Nvidia's marketing is likely to push 8K performance, it remains to be seen whether or not this will increase 8K TV/monitor adoption.

You can join the discussion on 8K TVs not appealing to consumers on the OC3D Forums.

dazbobaby
Content is the main reason, and getting an 8K movie onto a blu-ray would be a challenge to say the least.
4K is already pushing blu-ray to it's capacity, so 8K will probably mean swapping discs. Then we're back to laser-disc. Pioneer CLD-925 anyone?


8K is another example of a technology that's come too soon.
4K HDR looks amazing and there's little need to push it further for quite some time yet.

Dicehunter
I've seen 8K content on an 8K TV and honestly it was a very small upgrade over something like 4K to the point you had to pixel peep, Just not worth it, At this point it's bigger numbers for the sake of bigger numbers.Quote

AlienALX
The only time I could see it becoming important was if we all had houses 10x the size, with rooms 10x the size, where the screen size could show any weakness with 4k.

And I don't see that happening.Quote

WYP
I'll probably need to invest in an 8K screen before too long. Not necessarily because I want one, but because that is likely the way that testing will go on the high-end before too long.

Nvidia was already pushing 8K with the RTX 3090, and as tech like DLSS gets better and GPUs get more powerful, 4K may not be a good enough test for uber-tier GPUs before too long.

When 4K becomes more commonplace, 8K will become the new 4K. Screen-wise, I will be strictly limited by cost and the size of my office/gaming space.Quote
Reply