With the Radeon RX 6700 XT, AMD hopes to offer the most future-proof graphics card that they can, combining their GPU with 12GB of GDDR6 memory and a 96MB Infinity Cache to deliver higher levels of memory bandwidth than this GPU's last-generation counterpart.

AMD is also expanding its FidelityFX software suite into the DXR ecosystem, a factor that may deliver AMD optimised ray tracing performance across PC and console games. With their increased focus on Software, AMD hopes to deliver the best possible performance in PC and console games, allowing developers to take full advantage of the capabilities of Radeon on PC, Xbox Series consoles and PlayStation 5 systems. 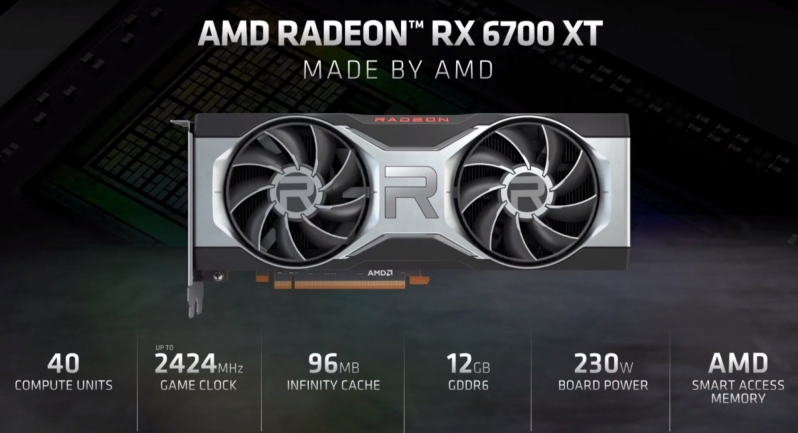 With their Radeon RX 6700 XT, AMD is promising "Game Clock" speeds of 2424MHz on their reference models, speeds which are higher than the boost speeds of their RX 6900 XT. While AMD only offers gamers 40 compute units with the RX 6700 XT; they will be delivering a huge amount of compute performance thanks to their high core clock speeds. 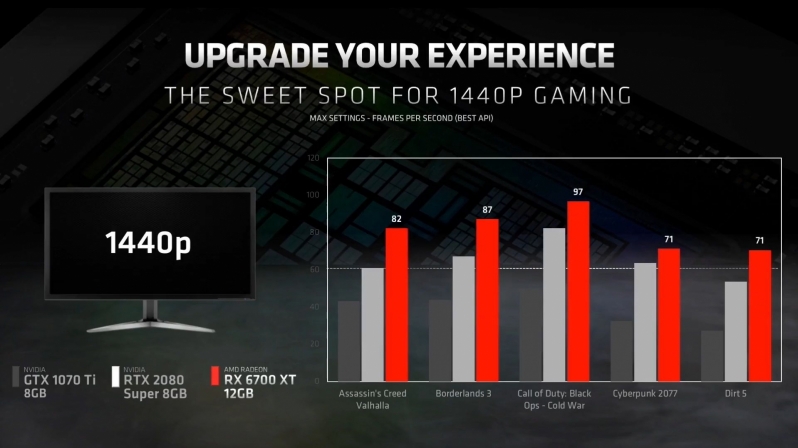 With the Radeon RX 6700 XT, AMD is aiming at gamers who utilise 1440p displays and high refresh rate gamers. With this graphics card, AMD is targeting Nvidia's RTX 3060 Ti and RTX 3070, hoping to lure gamers to their side with additional VRAM and strong resizable BAR support.

With RDNA 2 being used by both next-generation consoles, AMD is also betting on its architecture being the focus of next-generation game optimisation, a factor that could see their GPUs age better than their competing offerings. 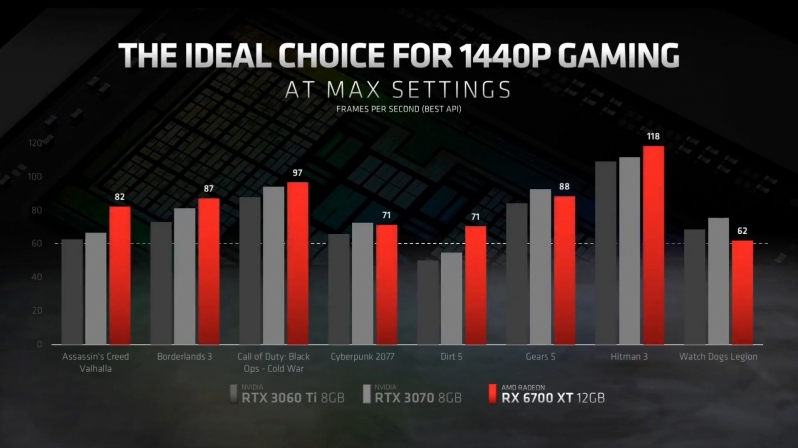 On March 18th, AMD plans to launch their RX 6700 XT for $479 US. These GPUs will arrive on the market with reference and custom models, giving consumers more choice on launch day.

This move from AMD should also allow more stock to arrive at retailers on day-1, allowing their RX 6700 XT to remain in stock for longer than their RX 6800 and RX 6900 series counterparts could. That said, AMD's RX 6700 XT is expected to sell out quickly after the GPU's launch. 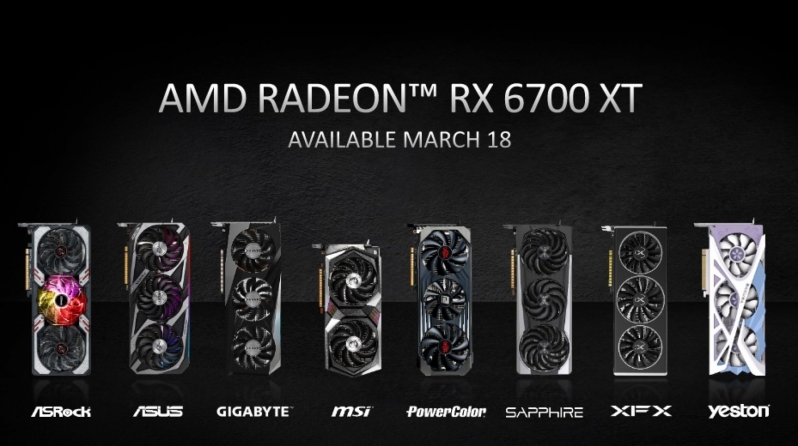 You can join the discussion on AMD's Radeon RX 6700 XT on the OC3D Forums.

golemka
I have a feeling that even this card will be sold out before release.Quote

Gothmoth
for the price i am not impressed.

AngryGoldfish
Higher TDP than the 3070. I doubt it'll actually be faster on average.Quote
Reply