At CES 2020, MSI has become AMD AIB partner to talk to us about their RX 5600 XT series, which will range from reference clocked models to higher-end factory overclocked variants. All of these graphics cards feature 6GB of GDDR6 memory and the same 2304 stream processor count as AMD's Radeon RX 5700.

Both of MSI's RX 5600 XT cards ship with dual-fan cooling solutions, with the MECH series acting as the company's budget-friendly offering while their Gaming series models ships with a larger, heavier cooler design that features RGB lighting support. 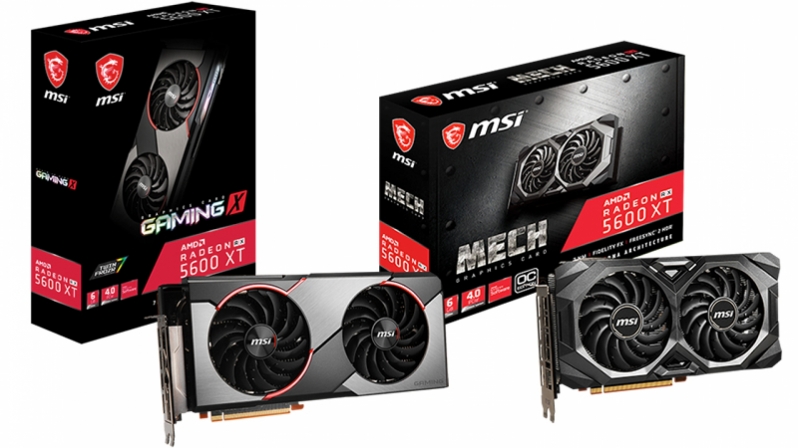 You can join the discussion on MSI's Radeon RX 5600 XT MECH and Gaming X series graphics cards on the OC3D Forums.

Mr. Smith
Not a fan of coloured accents, prefer neutral, clean looks. Mech colours with Gaming X design would be ideal for meQuote

grec
Agree, are those coloured accents RGB lights? (IE can I turn them off)Quote

AngryGoldfish
The Mech cards are really not doing it for me. They're quite tacky.Quote
Reply