If Nvidia's RTX 30 series and AMD's RX 6000 series have taught us anything, it's that graphics cards are getting larger and more power-hungry. Nvidia's RTX 3080 graphics card has a TDP of well over 300W, and high-end overclocking models could consume over 400 watts of power of pushed hard enough. GPU cooling is becoming an increasingly difficult task, and that means that GPU manufacturers will soon need to start thinking outside of the box to continue creating AAA-class products.

To cool modern graphics cards as efficiently as possible, EK has started to think outside of the box, revealing a new liquid cooling solution that adds a whole new dimension to the company's liquid cooling capabilities. Instead of simply plonking a liquid cooling water block on the top of a graphics card, what would happen if you also placed a water block on its rear? Double-sided water cooling? That's the basic idea behind EK's new RTX 3080/RTX 3090 Active Backplates.

At OC3D, we have tested and reviewed an uncountable number of graphics cards. We know what it is like to almost burn your hand on the rear PCB of a recently benchmarked GPU and have seen the benefits of directing airflow to the rear of a GPU's PCB while overclocking. This active backplate solution is the kind of innovation that has kept EK as one of the world's premier liquid cooling brands for the past decade; it is this kind of design that will continue to differentiate their designs from their peers.

Sandwiching a graphics card between two water blocks also has some neat side-benefits, such as increased GPU sturdiness and decreased GPU sag. At CES 2021, EK also stated that the thermal pads at the rear of supported graphics cards would also act as vibration dampeners that counter coil whine. 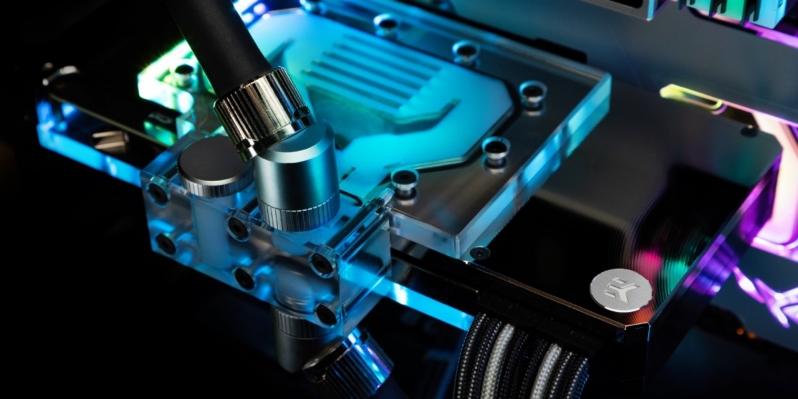 Like EK's vector water blocks, their Active Backplates are designed using CNC-milled copper that has been nickel plated. These blocks are then given an Acrylic or POM acetal top plate to give users their desired finished look. These blocks also support housings for RGB lighting.

EK expects to ship their first active backplates in early April, and they will be released with premium pricing. Right now, these blocks are due to costs €135-€140, making them as expensive as standard GPU water blocks. While this makes sense, given the fact that these are full-cover water blocks, this makes EK's actively cooled GPU backplates an ultra-premium product.

You can join the discussion on EK's actively cooled GPU backplates on the OC3D Forums. 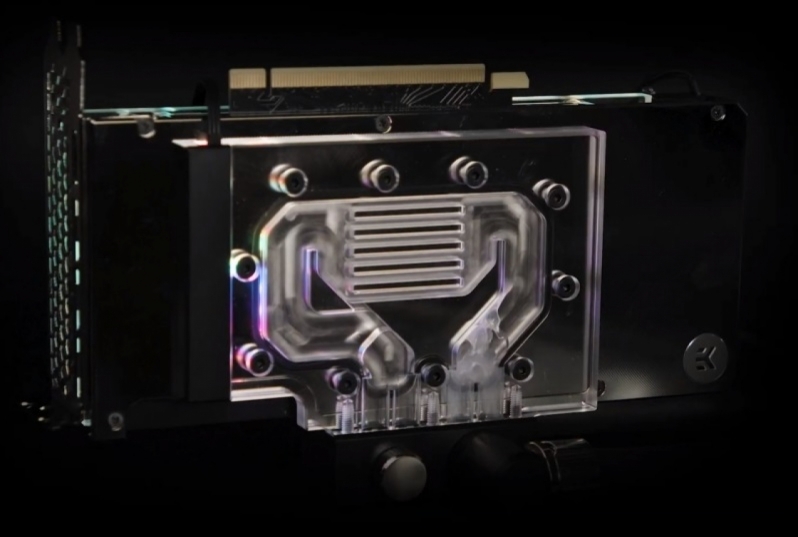 Dicehunter
I can't remember who did the video on it a few months back but it showed cooling the back of the card properly also gave noticeable clock speed/stability improvements.Quote

WYP
Quote:
TBH I think this is a thing that more folks will focus on with AIB cards soon. Backplates with more surface area. Memory cooling is too often overlooked, and backplates are too often purely aesthetic.Quote

Warchild
Ive been wondering why this hasnt been done sooner for such a long time. Especially for Aesthetics since the waterblocks are often face done.

Only downside is the excess weight will rise rapidly. GPUs sagged enough, this will exacerbate itQuote

Bartacus
Irony: I just ditched an EK Vector GPU block due to awful performance. Yet noobs are gonna give EK all kinds of credit for this, without realizing just how low quality EK is. Their stupid backplate was smothering my Radeon VII due to an awful design, that was clearly NOT thought out. Threw that wretch out in favor of a Barrow block, and the Barrow block combined with the *stock* VII back plate (the vented one), with thermal pads WRECKS the EK Vector in every way. Junction temps top out in the mid 60s, where I could hit over 100C with the EK GPU block.Quote

AngryGoldfish
Quote:
I'm not really in the circle of water cooling much any more, but you do seem to say EK have a lot of issues, yet I haven't heard many others say the same thing. I still hear that other companies are higher quality (they are more expensive though) but I don't hear that EKWB are bad. I know EK is kind of a noob brand in that they're almost like a 'lifestyle' brand for water cooling, but as far as I can tell, they still make good products. Again, not on par with other companies, but they're cheaper, readily available, and have a huge variety.Quote
Reply