This 49-inch monitor is a beast

While this screen has a funny name, this monitor's specifications are no laughing matter, shipping with AMD's FreeSync Pro and Nvidia's GSync Compatible certifications, and a massive 49-inch VA Mini LED display.

Not only will Acer's new EI491CRG9 monitor feature higher peak brightness levels, but it will also offer users improved contrast levels. The Mini LED technology inside Acer's EI491CRG9 (seriously, why such a complicated name?) display enhances this monitor's VA panel to offer users 2,048 local dimming zones, allowing this screen to produce darker darks and brighter highlights. While this will not enable the same contrast levels as OLED-based screens, mini LED will deliver similar results in many instances and superior results to edge-lit HDR monitors.

With a Quantum Dot display panel and support for 10-bit (1.07b colours) colour depths, Acer's new EI491CRG9 is suitable for content playback, gaming and some colour sensitive work, offering 95% coverage of the DCI-P3 colour space. It is worth noting that Taobao list this monitor as a 12-bit screen, but also claims that this screen can produce 1.07 colours, which is 10-bit. Enhanced image processing may allow this screen to take in 12-bit colour inputs and produce somewhat better results than standard 10-bit monitors. 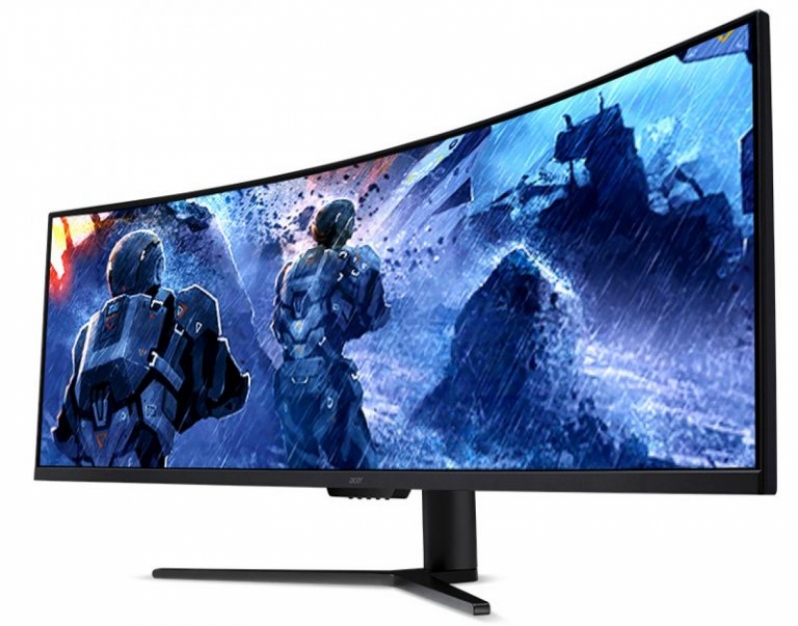 You can join the discussion on Acer's Super-wide EI491CRG9 240Hz Mini LED monitor on the OC3D Forums. 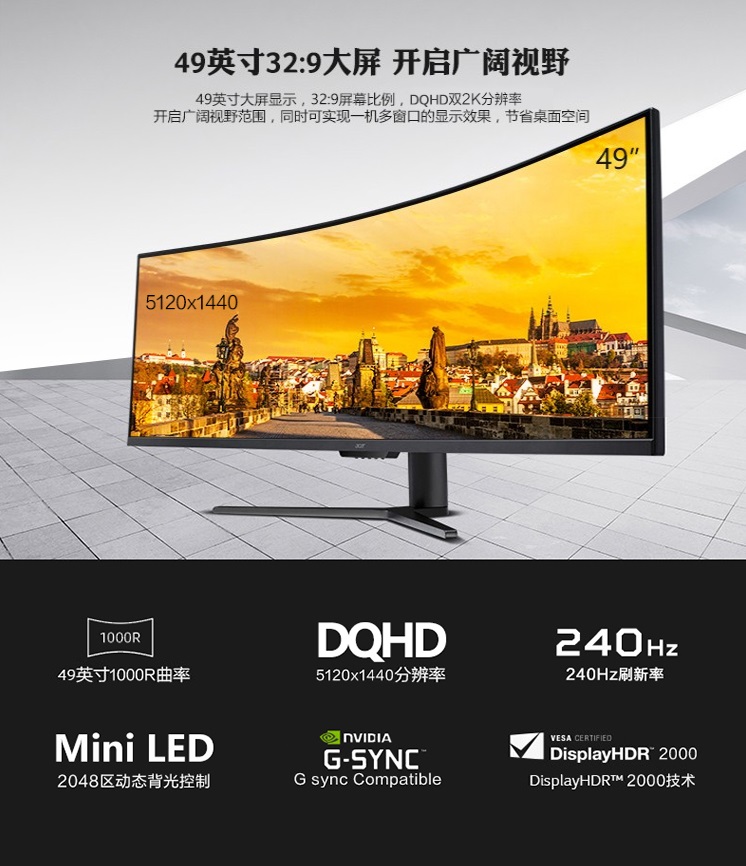 NeverBackDown
I'm confused, not sure if I miscomprehend but the entire last paragraph seems to be talking about an entirely different monitor? The Samsung G9? Not sure what or why it's there. I didn't see a comparison going on.

With that said these are insane specs. I really hope mini LED can help solve the black smear VA panels display on all monitors except the new Samsung Odyssey line(still there just way way way better).Quote

WYP
Quote:
Both the Samsung G9 and this use the same underlying panel and share most of the same specifications. The mention of Samsung in that paragraph was a typo on my part. In my head they are mostly the same screen.Quote

NeverBackDown
Oh ok I see then. Thanks for clearing it up