Custom Ampere should be available from day-1

Right now, it looks like Nvidia's planning to reveal Ampere at the start of next month, revealing their new graphics architecture at a "Geforce Special Event" which celebrates the 21st anniversary of the company's Geforce 256, the world's first "GPU".

A report from Tweaktown has claimed that Nvidia's Add-In-Board (AIB) partners will have custom Ampere-powered graphics cards ready for launch day, allowing Nvidia's customers to choose from a wide variety of potential RTX 30 series (if that's that Nvidia calls it) designs.

If this report is true, Nvidia will be using the same tactics as their Turing launch, offering Founders Edition Ampere designs exclusively on their webstore while allowing their AIB partners to deliver customised designs at launch. Tweaktown claims that several Nvidia board partners have confirmed this.

With older Nvidia launches, such as the GTX 10 series, consumers would have to wait for weeks for custom Geforce GPU designs to release. These custom models include designs like the ASUS ROG Strix Series, the MSI Gaming X series and the Gigabyte Aorus series.

Given the information that's currently available, Nvidia's RTX Ampere series of graphics cards will almost certainly release this September, with custom models arriving on or shortly after the launch of Nvidia's Founders Edition models.

Previously, a next-generation ASUS ROG Strix cooler design leaked onto the web, revealing RTX 3080 Ti lettering. This leak suggests that Nvidia's AIB partners have been working on their Ampere cooler designs for some time. 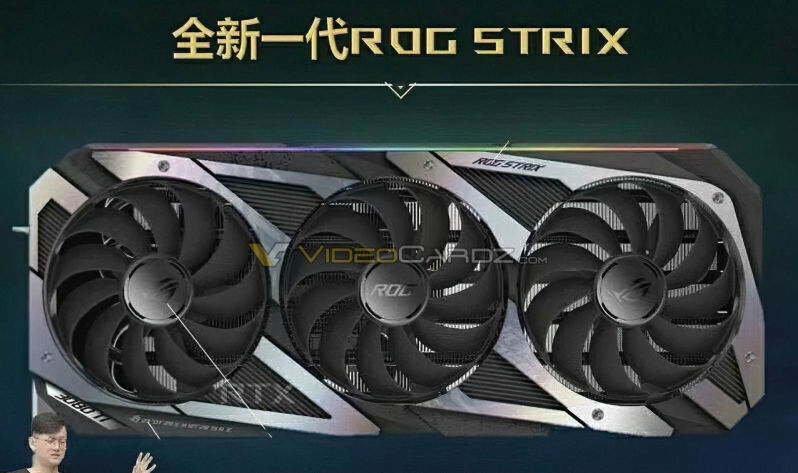 You can join the discussion on Nvidia's Ampere launch reportedly featuring custom AIB GPU models on the OC3D Forums.

Bagpuss
I bet, if true, AIB availability from day one is Nvidia not wanting AIB cards to launch when Navi 2 cards are released.


This way Ampere GPU's get 4-8wks worth of sales before Navi 2 cards enter the market.

I doubt this accelerated AIB availability would have happened had AMD not got their own new GPU's to launch.Quote

AngryGoldfish
Quote:
Yeah, I reckon so too. Unless the AIB partners were all insisting on it, I can't see any incentive for Nvidia to do this unless they had competition they needed to squash.Quote

AlienALX
They say this every Fing time. Every single last.damn.time.Quote
Reply