It looks like a big talent has joined AMD

Frank Azor has confirmed that he is leaving Dell and Alienware to take on a new job at a different company. While at this time Azor has not publically disclosed where he is headed, WCCFTech's Usman Pirzada has reported that he has left to join AMD as their new Chief Gaming Officer.

While Azor'smove to AMD hasn't been confirmed, it is worth noting that Pirzada has gotten a lot about AMD right over the past year, including a report which correctly claimed that Radeon's former General Manager, Mike Rayfield, was leaving the company, less than a year after taking on the role.

Frank Azor will be a huge asset for AMD, as his experience in building longstanding gaming brands and marketing gaming-focused products will no doubt prove useful as AMD seeks to regain market share in both the CPU and GPU markets.

WCCFTech's sources claim that Azor will report to Sandeep Chennakeshu, the Executive Vice President of AMD's Computing and Graphics group. Frank Azor will leave Dell and Alienware on July 3rd, after which his position at AMD is expected to be confirmed. 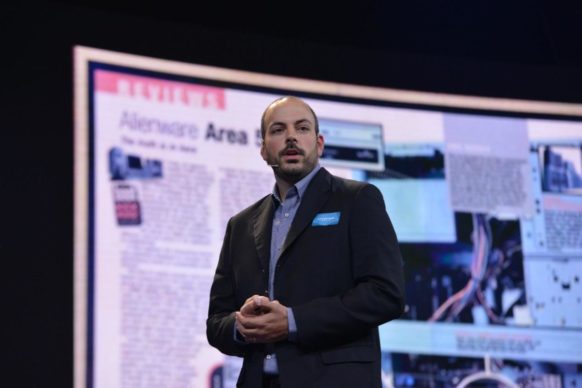 You can join the discussion on Alienware's Frank Azor reportedly joining AMD and their Chief Gaming Officer on the OC3D Forums.

hmmblah
Chief Gaming Officer....now that's an awesome title. Where did I go wrong in life?Quote

AlienALX
This is cool I approve!Quote