QbitLeaks has released two new images of what is allegedly Nvidia's RTX 4090 Founders Edition graphics card, and what is claimed to be "internal RTX40 graphs" that detail the performance gains that are expected from an RTX 40 series graphics card.

The renders above and below showcase a triple-slot graphics card that appears to be similar in size to Nvidia's RTX 3090 graphics card, but with a larger fan and what appears to be a denser heatsink. Currently, it is unknown if this render is a leaked render from Nvidia or if it is a fan-made render that is based on other RTX 40 series leaks.

It is worth noting that this render does not look like official Nvidia RTX Founders Edition GPU renders, as these renders usually are more detailed and contain more artistic use of lighting and reflections. That said, this could be an early draft of a future Nvidia render. 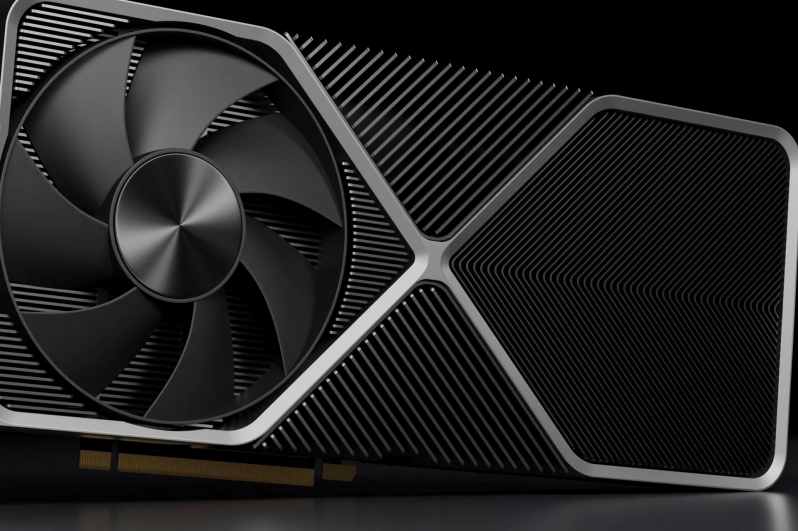 QbitLeaks has also released a chart that showcases an unknown Nvidia RTX 40 series SKU against its RTX 30 series counterpart. This GPU model is expected to be Nvidia's RTX 4090 when compared to their RTX 3090. This chart showcases performance gains of 80-120% for Nvidia's next-generation graphics card, which is a tremendous generational performance leap for Nvidia.

Recent rumours have suggested that Nvidia's RTX 4090 would feature 16384 CUDA cores and 24 GB of GDDR6X memory. This gives the RTX 4090 a 56% increase in CUDA core count over its predecessor. Nvidia's use of a new lithography node should also allow Nvidia to dramatically increase its GPU core clock speeds with its RTX 40 series, and Nvidia's next-generation Ada Lovelace architecture should offer gamers its own performance advantages.

With all of these potential avenues for performance improvements in mind, it makes sense why such huge performance gains could be possible with Nvidia's RTX 40 series. Note that all of the games mentioned below are Nvidia marketed titles that make heavy use of ray tracing and feature support for DLSS. Could some of these performance gains come from faster DLSS using enhanced Tensor cores? 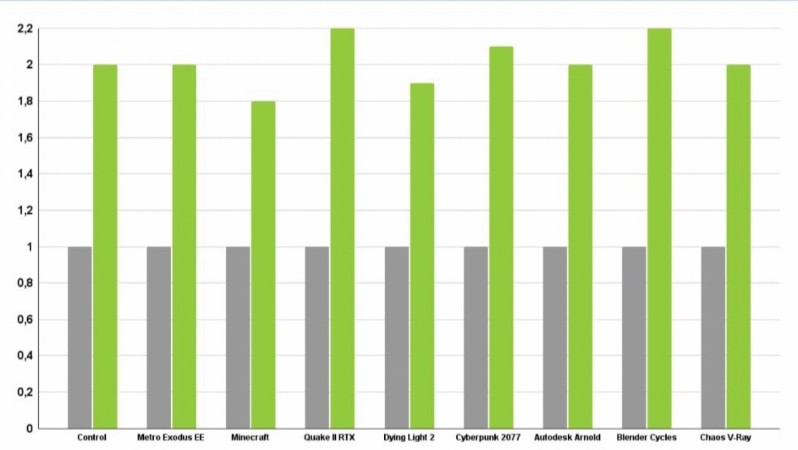 QbitLeaks posted the images above stating that they were a "teaser for GTC", implying that we can expect Nvidia to showcase their next-generation GPU architecture at GTC later this month.

You can join the discussion on Nvidia's alleged RTX 4090 renders and performance levels on the OC3D Forums.

Warchild
honestly this design doesnt appeal to me in the slightest. I loved the silver industrial looks of the 980-1080 era of cards.

2080 was "ok" but this is just a massive loss. Its like Wall-E got punch and had a black eye.Quote

Dr.Puschkin
Quote:
Or his eye fell out and he replaced it with a fan from the nearest garbage dump.Quote

Bagpuss
Quote:
You have to have one to appreciate them.

I have a 3080 FE and it just oozes construction quality in terms of materials used, far superior to any of the AIB tat.Quote

Dicehunter
Watch the prices be as insane as before "oh we need to charge these high prices because reasons" even though they are still making massive profits with 3090Ti's at £1100.Quote

Electricity prices have gone up for him too! Poor guy has had to pay 15% more heating his three private swimming pools. That's just appalling! How is a man supposed to swim in peace if he has to pay more to keep it toasty?!


On a more serious note:


Quote:
I LOVE the look of the new FE cards. I don't necessarily like the flow-through design as it limits what kind of case you can use, but I love the way they look.Quote
Reply