This graphics chip is more than just a die-shrinked Radeon Vega 64. For starters, this new graphics card offers buyers 32GB of HBM2 memory across four stacks, 2x the amount that is available on today's professional 14nm Vega offerings, confirming that AMD has doubled the size of their memory controller from a 2048-bit bus size to a 4096-bit bis size. 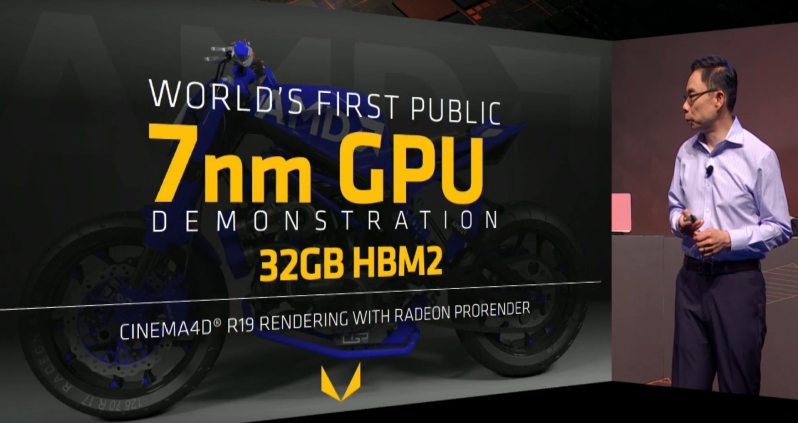 Not much has changed on AMD's Radeon Roadmap, 7nm Vega will follow today's 14nm Vega, and Navi will come afterwards. AMD's Post-Navi "Next-Gen" architecture remains a total unknown from AMD, lacking a proper codename at this time.

It has been speculated that this new "Next-Gen" architecture is a brand new Radeon graphics design, which was built from the ground up to replace GCN. AMD has used GCN in one form or another since the release of their HD 7970, which released back in 2012.

The most exciting aspect of AMD's Radeon Vega 7nm hardware is its lithography. It is the world's first graphics chip to make use of TSMC's new high-end process node, and so far AMD's reported performance results seem impressive.

A 2x increase in silicon density will allow AMD to create parts with smaller die sizes or fit more features into a new chip if the same physical size. 7nm's decreased power consumption will also increase Vega's efficiency and give them more room to improve their clock speeds while maintaining reasonable levels of power draw.

The slide below suggests that 7nm has made Vega at least 35% faster, which is great news for AMD, provided that they can deliver a range of 7nm graphics cards to the market before Nvidia. 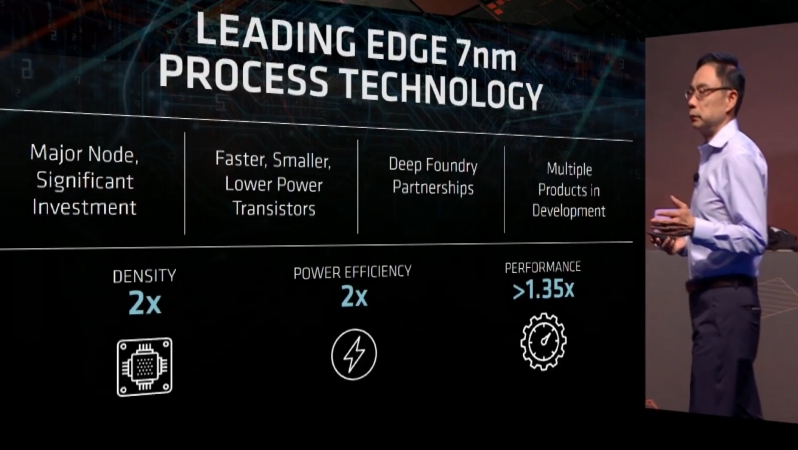 Securing a place in this market will guarantee Radeon a lot of additional funding, especially as AI workloads continue to increase in popularity. At this time it is unknown if any of the hardware changes in AMD's 7nm Vega silicon will impact gaming performance positively or negatively. 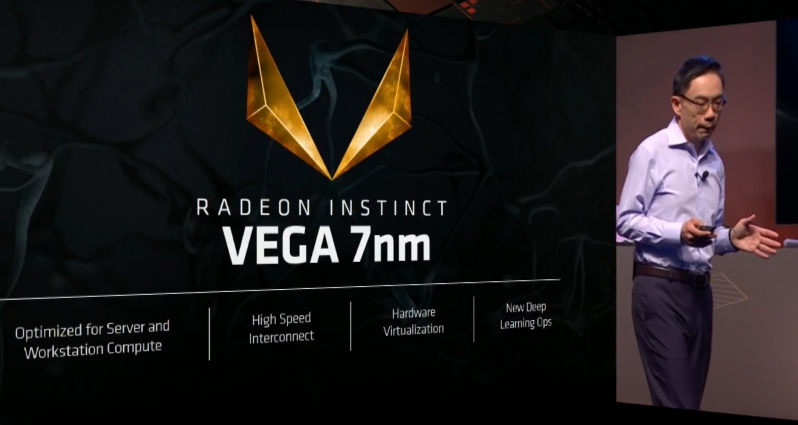 While closing their Computex Press Conference, AMD's Lisa Su confirmed that the company is working on 7nm graphics products for gamers, though she did not specify whether or not their 7nm Vega Radeon Instinct Product would ever see a consumer release as an RX Vega series offering.

You can join the discussion on AMD's 7nm RX Vega 7nm graphics card on the OC3D Forums.

NeverBackDown
Well this was a given. That rumour they wouldn't was always bogus.Quote
Reply