AMD did not mention CrossFire once during their RX Vega launch

Is AMD dialling down their support for Multi-GPU?

AMD did not mention CrossFire once during their RX Vega launch

With their GTX 10 series of GPUs Nvidia has dialled back their support for Multi-GPU configurations, supporting SLI only on their GTX 1070, 1080 and 1080 Ti GPU. Even then SLI support is only officially supported in two-way configurations, 3 or 4-way SLI is possible, but by no means "officially" supported or recommended.

Now it looks like AMD is starting to follow suit, with the company not mentioning CrossFire and Multi-GPU even once at their launch event. The only times that multi-GPU was mentioned was for compute performance and not for gaming.

Yes, AMD's RX Vega series GPUs will support CrossFire and multi-GPU though DirectX 12 and Vulkan, though it seems that AMD will not be pushing developers to implement multi-GPU as much moving forward. This is a huge change from AMD's Polaris launch where AMD talked about CrossFire and Multi-GPU gaming in-depth, comparing dual RX 480 GPUs to Nvidia's GTX 1080.

This makes a lot of sense given the limited support that multi-GPU has seen from developers, making it difficult to market dual GPU setups as anything that resembles good value for money. Beyond that most modern games do not receive good multi-GPU support until well after launch, which again isn't good news for gamers. 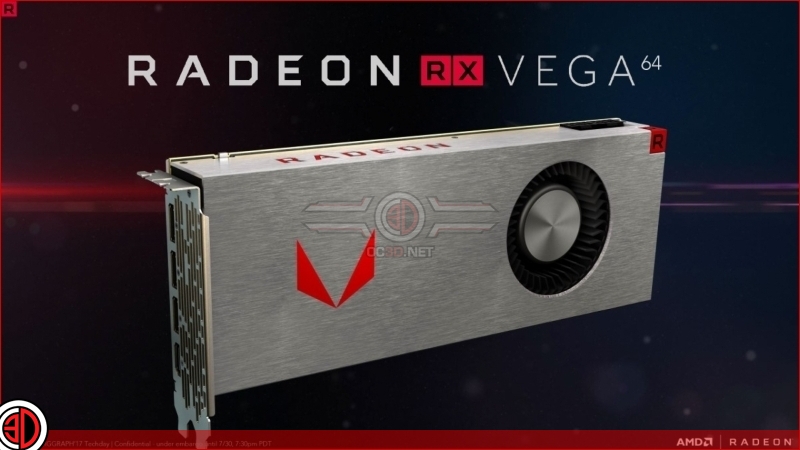 Moving forward AMD is likely to invest more time into moving developers onto modern APIs where their latest developer/diagnostic tools (Radeon GPU Profile) can be used and help push developers to utilise technologies like FP16 Mixed Compute (Rapid Packed Math) and Async Compute in the future.

You can join the discussion on AMD's lack of enthusiasm regarding CrossFire and Multi-GPU gaming on the OC3D Forums.

NeverBackDown
Well it makes sense. We need better software support from MS and Vulkan to get it going much easier and have it be more simple. It's not entirely necessary to have so it's hard to expect Devs go out of there way to get it working.

If they see in there statistics from drivers that only 1% is using Cfire, honestly then put that money and time into getting better faster drivers out for single solutionsQuote

AngryGoldfish
DX12 ended up being disappointing, largely. Some games benefited from it, but nothing to write home about.Quote

2) The main benefit of Dx12 is lower CPU overhead, and that hardly matters when we could push 100% GPU usage with Dx11 and rather poor multithreading.Quote

Dicehunter
Quote:
I've so far only seen 1 instance where DX12 actually made an improvement, The Division, I went from 80FPS average max settings 1440P to 100FPS average, Any other game I've seen negative results.Quote

AlienALX
DX12 has not been used as we were promised it would. We were promised multi threading and higher CPU loads. So far I don't even think there's been a ground up DX12 game to speak of that uses all of its features properly.Quote
Reply