AMD gives their GPUs a huge OpenGL boost with their AMD Software 22.7.1 driver

One of the largest changes to AMD's 22.7.1 driver is its new OpenGL optimisations, which promise gamers up to a 92% performance boost in games like Minecraft (OpenGL version) at 4K. These optimisations should impact all OpenGL titles, making AMD Software 22.7.1 a must download for players of older PC games.

Below we have included the release notes for AMD's AMD Software 22.7.1 GPU drivers. 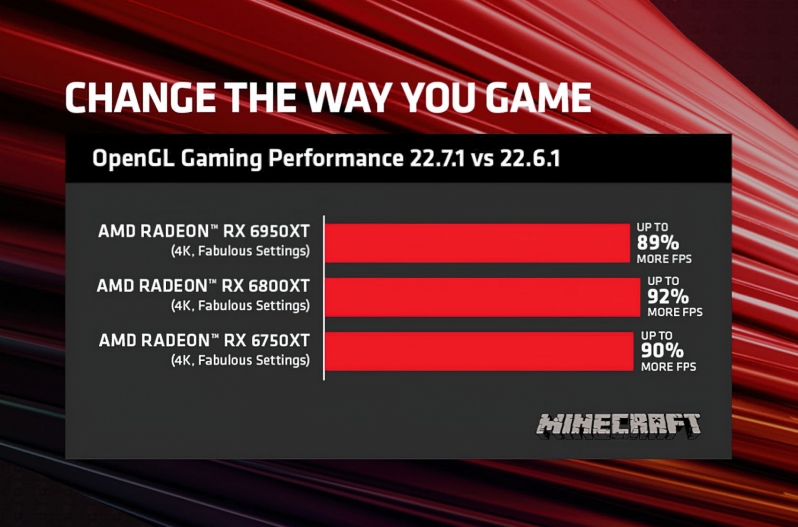 - Our newest feature: AMD Noise Suppression reduces background audio noise from your surrounding environment using a real-time deep learning algorithm, providing greater clarity and improved concentration whether you are focused on an important meeting or staying locked-in on a competitive game. To learn more, check out our blog post HERE!.

- Expanded support for discrete Radeon™ RX 5000 and 6000 series GPUs on AMD Ryzen™ processor notebooks with hybrid graphics.
RSR has been improved to provide a more seamless experience in borderless fullscreen mode with a performance/quality slider to personalize your gaming experience.

You can join the discussion on AMD Software 22.7.1 and its OpenGL Boosts on the OC3D Forums.