The past few years have been hard for the GPU market, and that has made it difficult to believe the MSRP pricing (or SEP pricing) that is provided by companies. When demand outstrips supply, all bets are off. As such, we felt it was appropriate to have a look at the pricing of AMD's newly launched RX 6X50 series GPUs. To do this we will look at day-1 pricing from Scan UK, Overclockers UK, and Ebuyer, three popular UK components retailers.

With a US MSRP of $1099, the RX 6950 XT's minimum UK price of £1079.99 should be expected at today's exchange rates. Today, a US dollar is worth 81 pence, and once VAT is added, USD to GBP conversions essentially become a 1:1 trade when comparing US list pricing and UK pricing. 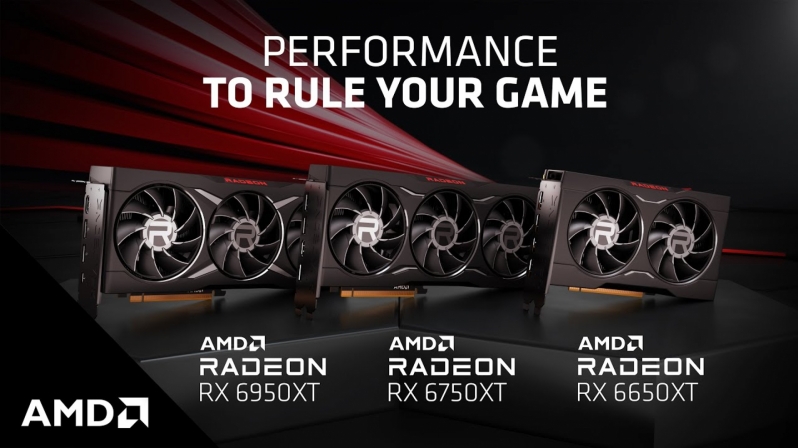 Some retailers have higher prices than others for the same GPU models, and some models command a price premium over others.

AMD's RX 6650 XT is the most reasonably priced of AMD's newest RDNA 2 offerings, with a US MSRP that is only $20 higher than the RX 6600 XT that it effectively replaces. In the UK, the cheapest model that we could find is £409.99.

Today, we have found that all of AMD's new RDNA 2 GPU models are available at their MSRPs or close to them. GPU stocks have not sold out immediately, and that means that you can now buy a graphics card at a good price. The GPU shortage is over.

For those interested in AMD's RX 6950 XT, we have reviewed Gigabyte's Gaming OC model here.

You can join the discussion on AMD's Radeon RX 6X50 series pricing on the OC3D Forums.

dazbobaby
I have no need for a new GPU, but at long last, a competitor to Nvidia. It's a shame AMD left to the end of the 30 series life cycle though.Quote
Reply